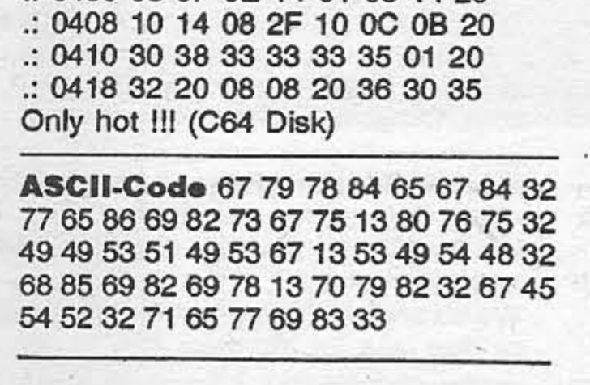 Encrypted newspaper advertisements were very popular in the 19th century. The ones I am going to introduce today are much younger. They were published in the 1980s.

One of the most quoted books on this blog is Jean Palmer’s The Agony Column (Jean Palmer is a pseudonym of blog reader Tony Gaffney). The Agony Column lists about 1,000 encrypted advertisements from English newspapers, mainly published in the late 19th century. Tony himself has broken many of these cryptograms. Others, which are still unbroken, were introduced on this blog.

For instance, the following ad was published in The Standard on May 26, 1888 (scan taken from Reddit):

According to a few literature sources, there were similar encrypted advertisements in France. Étienne de Bazeries, a famous French cryptographer, is said to have broken many of them for fun. He reportedly even forged ads for amusement.

To my regret, I have never seen a French encrypted newspaper ad. Perhaps, a reader knows a source.

Encrypted ads from the 1980s

Blog reader Gert Brantner recently posted a link to an article which mentions encrypted advertisements that are much younger. They were published in the 1980s in the German computer games magazine ASM (a magazine I read regularly in my teenager years) . In the headline of the article, advertisements of this kind are called “the darknet of the eighties”.

Here’s the first of three encrypted ads mentioned in the article:

Düren (former postcode: 5160) is a town in Germany, near Cologne. PLK stands for Postlagerkarte. The Postlagerkarte (mail storage card) was a German postal service that enabled customers to receive mail anonymously, without providing any identification documents. It was introduced by the German Imperial Post in 1910 and abolished in 1991. The number 115315 C was the PLK identification of the person who placed the ad.

Apparently, the purpose of this advertisement was to sell pirate copies of C-64 software. As this was illegal, the software industry forced computer magazines to stop publishing ads with such a content. By encrypting their messages, illegal software dealers tried to circumvene this censorship. According to the article mentioned above, this trick worked for a while, before finally computer magazines had to reject illegal advertisements, even if they were not immediately readable. 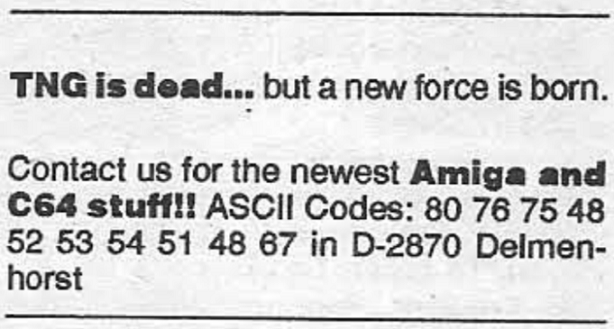 And finally, here’s the third ad from the article:

This time, the text is encoded in hexadecimal numbers. Can you decipher it?

If you want to see more advertisements of this kind, search for ASM editions in the Internet Archive or via Google. Here is one I found. When you search for ASCII in the document, you will find, for instance, the following: