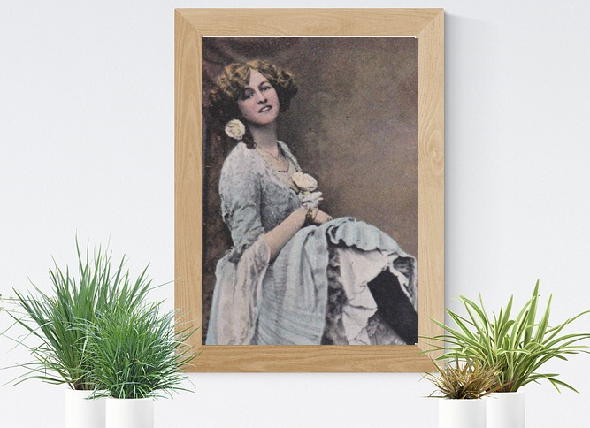 In 1905 a certain Miss Rhodes from Colchester, UK, received an encrypted postcard signed with “C.Y.K.”. Can you decipher it?

Writing about an encrypted postcard for me usually means taking a Geography lesson. Checking from which place in the world the card was sent and were the recipient lived is like a virtual trip. Today’s lesson has taken me to Colchester, a city near the Eastern shore of England. I have never been there before, but I got close to it when I stayed in Burnham on Crouch last year. One of the notable facts about Colchester is that the famous mathematician Roger Penrose was born there. Penrose is certainly familiar to many readers of this blog because of he invented the Penrose tilings. 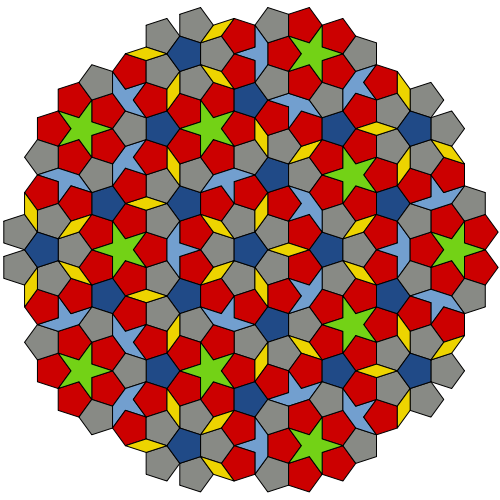 The second notable fact about Colchester is an encrypted postcard that was stamped in this city in 1905. The recipient of the card lived in Colchster, too. I found a scan of this postcard on eBay. Here’s the picture side of the card: 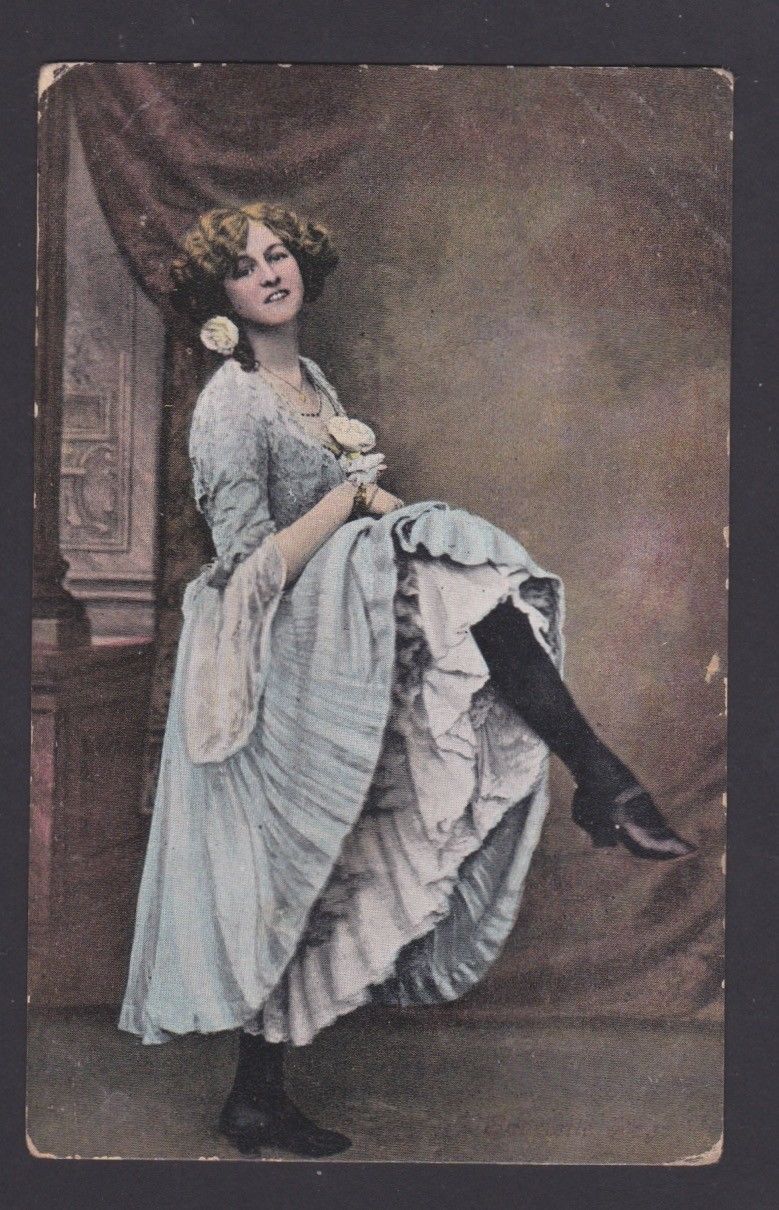 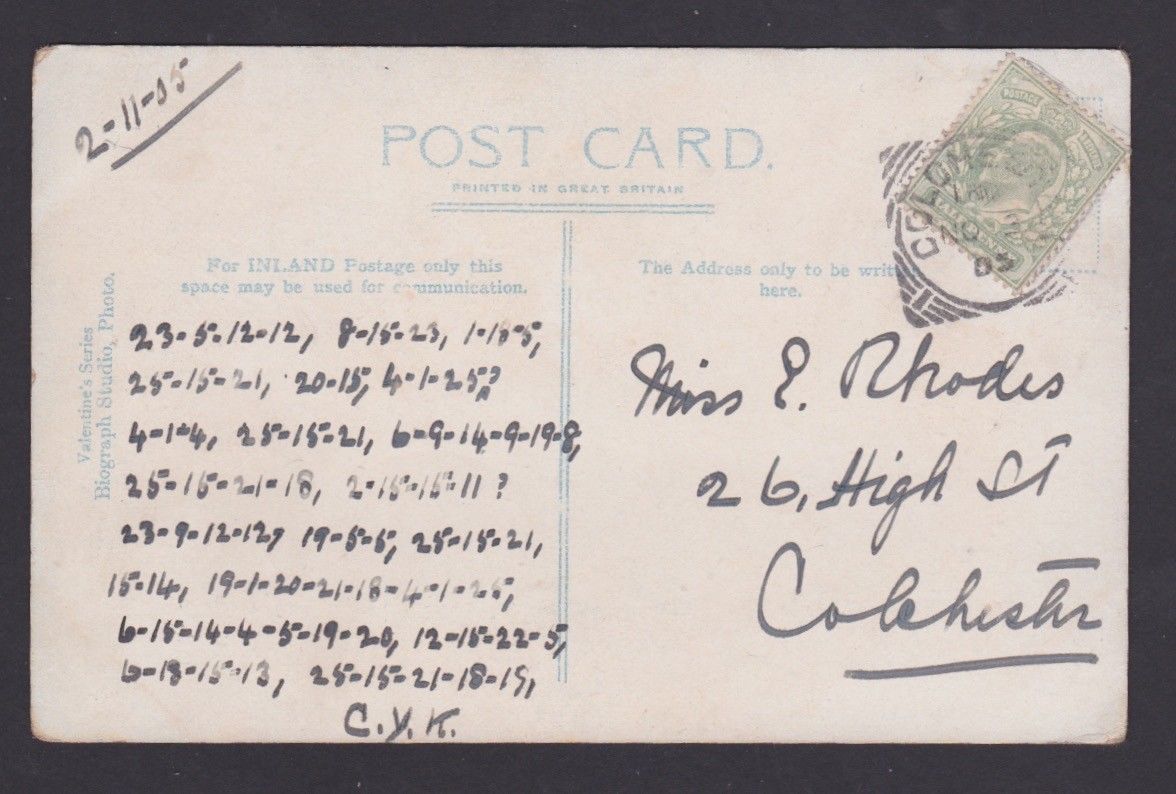 The recipient of the card was a certain Miss P. Rhodes living in 26, High Street. This address still exists today, it is located in the city center of Colchester.

The title “Miss” indicates that P. Rhodes was not married. I assume that this card was, like most other encrypted postcards, written by a young man to his lover.

The encryption is quite easy to break. So even, if you are not a master codebreaker, you will probably succeed in deciphering this cryptogram.
Follow @KlausSchmeh