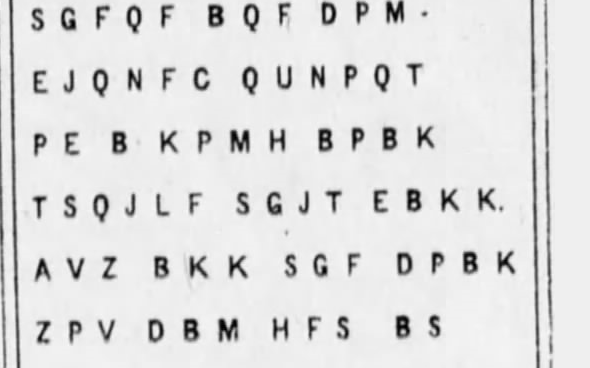 In 1926 a US newspaper published a series of crime stories that involved encrypted messages. Here are four of them. Can you break them?

The Brooklyn Daily Eagle (also known as The Brooklyn Eagle) was a daily newspaper published in the city/borough of Brooklyn, in New York City, from 1841 to 1955. At one point, it was the afternoon paper with the largest daily circulation in the United States.

In January 1926, The Brooklyn Daily Eagle published a series of fictive crime stories. Each one was about an investigator (usually a policeman, a private detective or a professional codebreaker) who had to decipher an encrypted message in order to solve a criminal case. For instance, on January 5th a “famous cryptographer” named Frank Keen faced the following ciphertext: 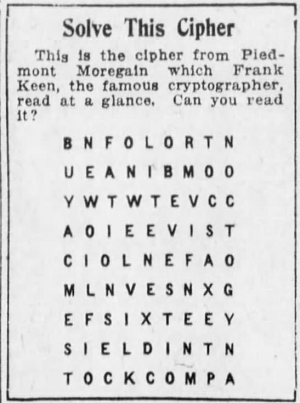 On January 10th, Frank Keen had to solve another criminal case by breaking a secret message:

On the day after a private investigator came across the following cipher mystery: 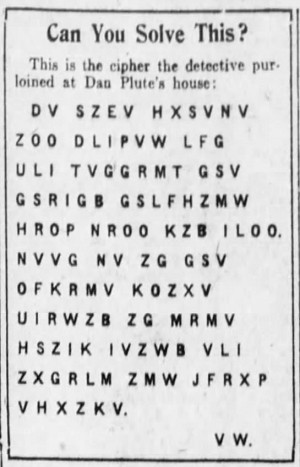 On January 17th a father found the following message in his son’s room: 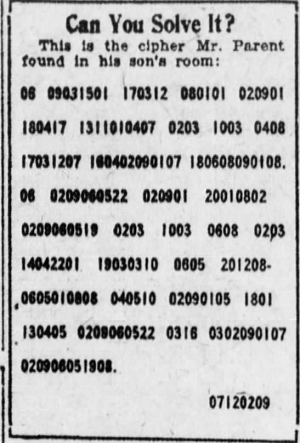 Can you decipher these cryptograms? They are not very difficult. Apparently, the criminals of the 1920s were not the best cryptologists.

This crime story series ran for about four weeks, with about 25 stories published. After this, either the readers or the authors of the series lost interest.
Follow @KlausSchmeh