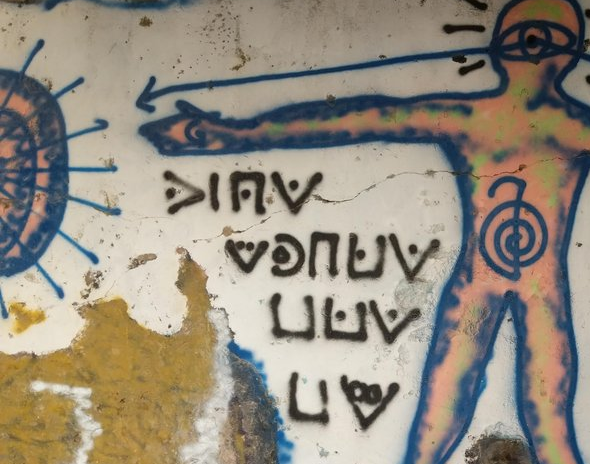 Can you decipher this encrypted graffiti that was found near Rome, Italy? The encryption method used looks like a Pigpen variant.

The /r/Codes message board on Reddit is one of my favorite sources when I write posts for this blog. Earlier this week, a Reddit user named brenda842 published a message about an unsolved encrypted graffiti that had the appearance of a Pigpen cryptogram. As it turned out, the same graffiti had already been introduced on the /r/Codes board a few months before (but is escaped my notice). As far as I can see, the solution is still unknown, although a user wrote “solved” in a comment on the first Reddit post.

According to the first Reddit post, the graffiti was found in Roman ruins near Sorrento, Italy. Here’s the photograph that was posted: 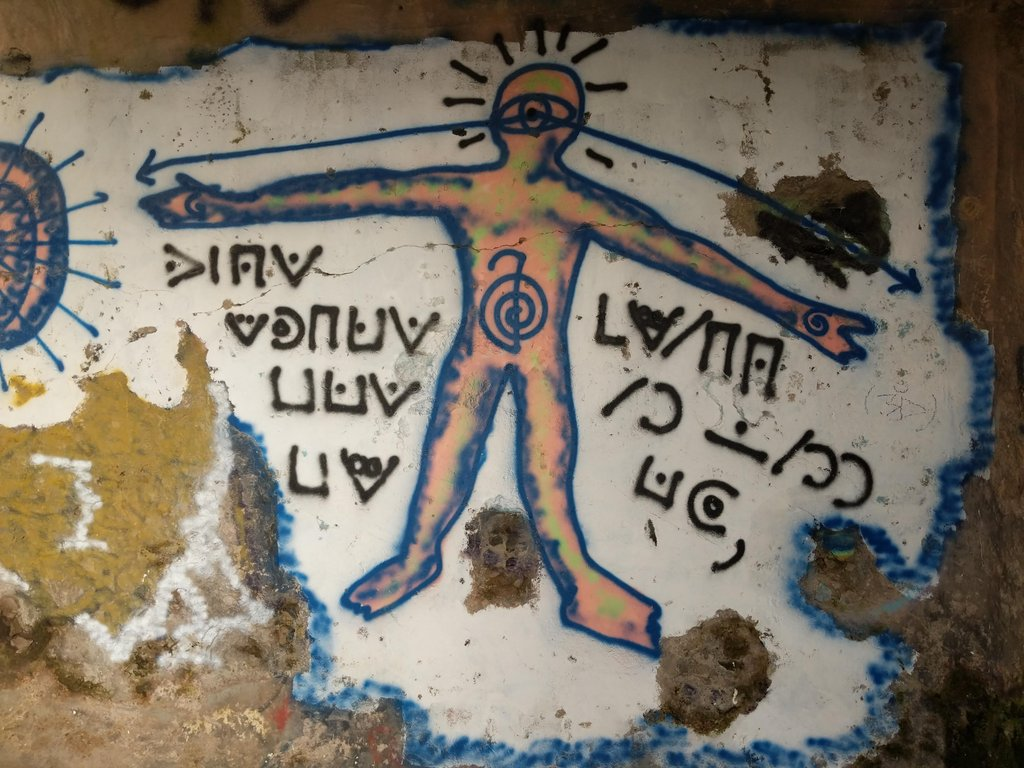 It is hard to say if this transcription is correct. There might be an additional blank space between LM and NLMM. In addition, it is not clear whether the comma-like symbol at the end is really a letter (it could also be a punctuation mark).

Pigpen cryptograms are usually created with a simple substitution cipher (MASC). My guess is that this is also the case here. Usually, MASC encryptions are easy to break (at least for many of my readers, who are known as great codebreakers), but this one might be a little more difficult because it is quite short (26 letters). In addition, the plaintext language is not known and the transcription is not necessarily correct.

Assuming that the transcription is correct, the ciphertext word LMNLMM is a good candidate for a word pattern search – a six letter word with the first and the fourth letter being equal as well as the second, the fifth and the sixth letter being equal is quite rare. However, a search with CrypTool 2 revealed that this pattern is not only rare, but even non-existent among the common words in Italian, English, and German.