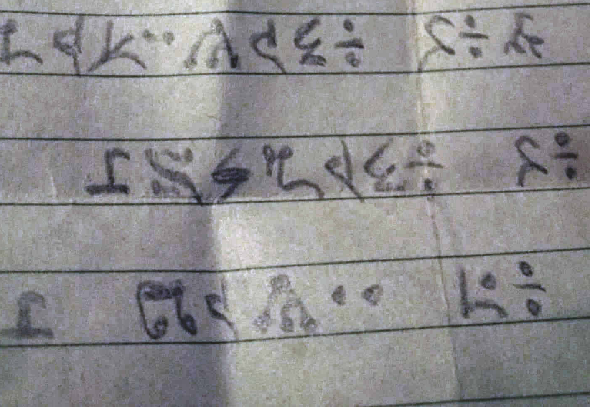 Once again, an unsolved cryptogram has been published on Reddit. No details are provided. It is not even clear what is above and what below. Can a reader solve this mystery?

Here’s the cryptogram I want to discuss today: 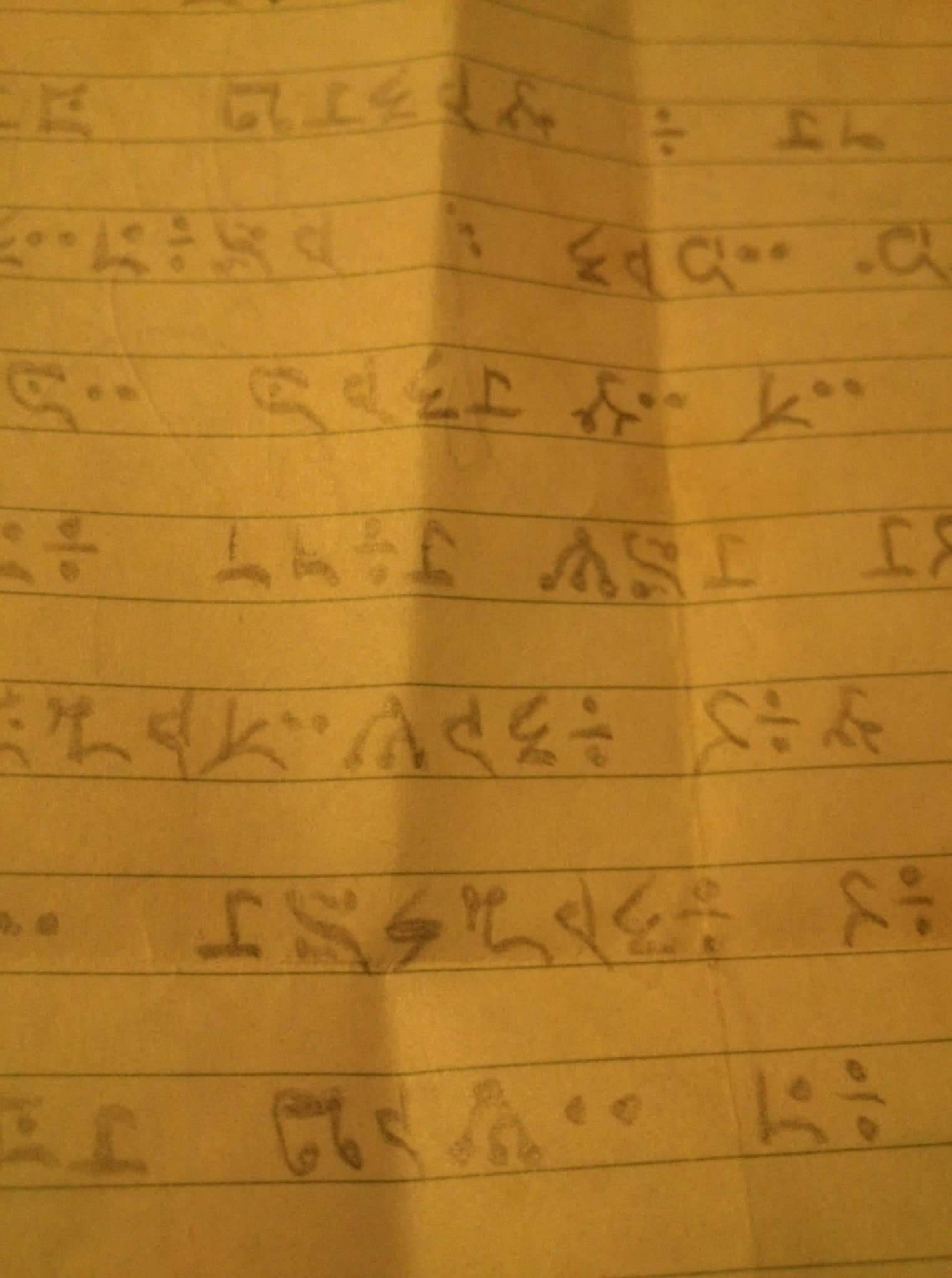 To my regret, there’s not much I can say about this encrypted note. All I know is the following:

A Reddit user named JasonLeeH commented: “This is Hebrew, OP. You’ve got it upside down.” Ilya76666, another user, replied: “I was born and raised in Israel (native Hebrew speaker) and trust me, this is not Hebrew (the letters in the post above, even when flipped).”

Anyway, it is a legitimate question whether the picture shown above has the correct orientation. Here is how the cryptogram looks like when flipped: 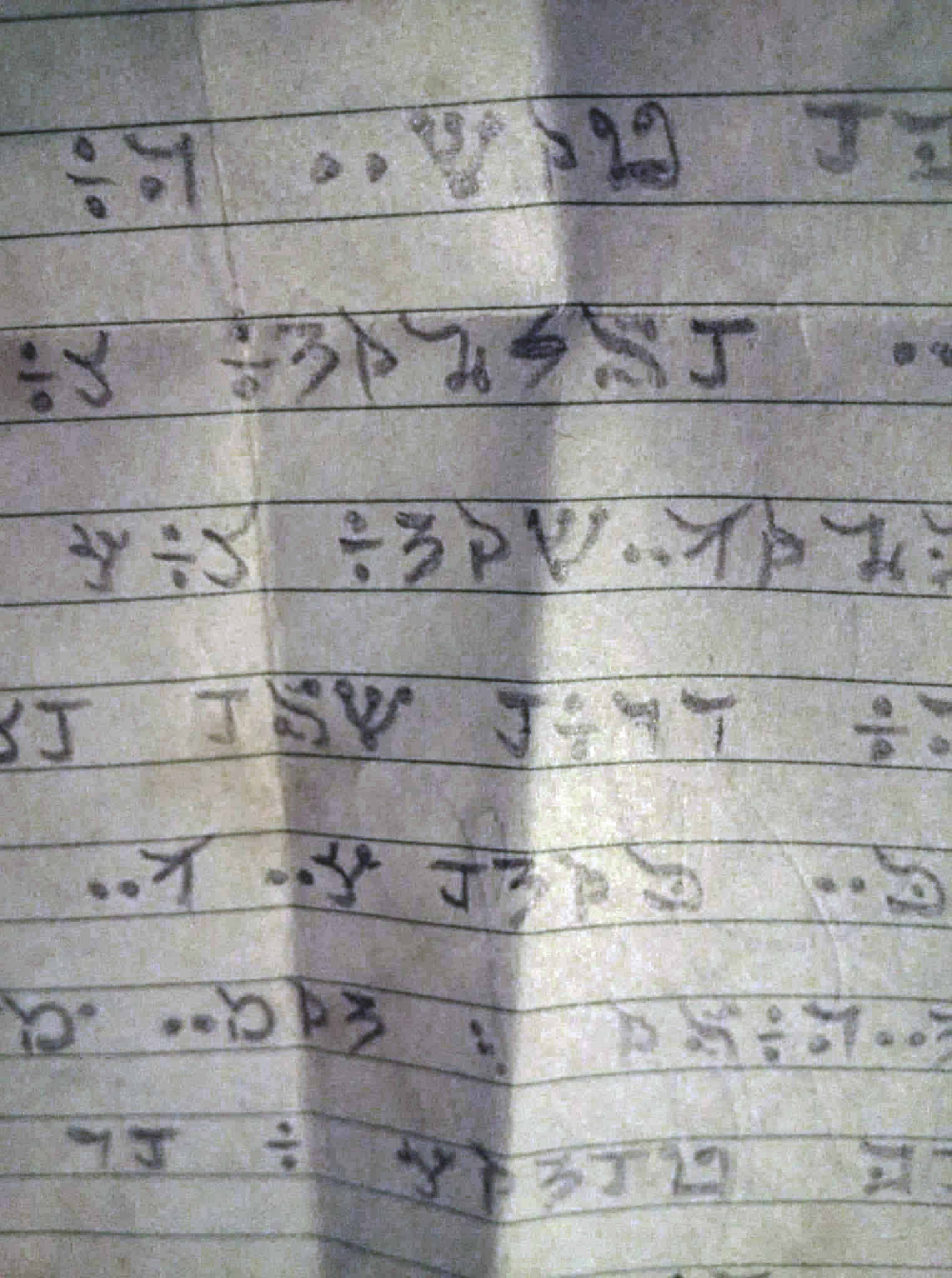 No matter what is above and what is below, the cryptogram looks like it has been created with a MASC. The plaintext language is not known. The scan provided by OmniRaven is only an excerpt, so it is hard to tell the length of the ciphertext. Probably, OmniRaven did not provide more ciphertext and more background information because he doesn’t want the plaintext and the story behind it to become public.

The symbol consisting of two dots appears to be especially frequent – provided that the language in question is English, this character might stand for the E.