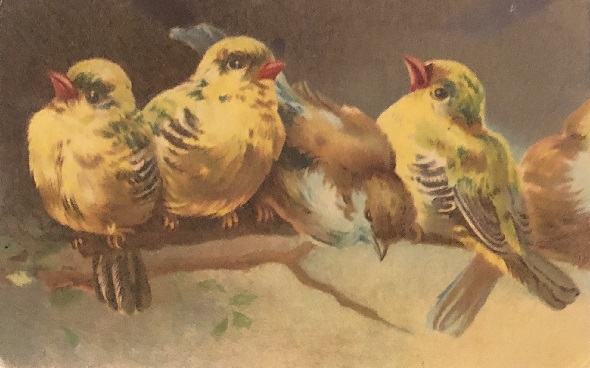 In 1918, during the last months of the First World War, a woman living in Southern Germany received two encrypted postcards from her lover. Can a reader find out what he wrote?

Over the last six years, I have blogged about hundreds of encrypted postcards. Most of them were written in the early 19th century. In most cases, the sender was a young man who sent the card to his lover.

The two postcards I am going to introduce today are probably of this kind, too. The recipient was an unmarried woman named Rosa Zwick living in Erbenschwang, a district of a smalll town named Ingenried in the German state of Bavaria. Ingenried is located near Schongau, about half-way between Munich and Lake Constance (Bodensee). The sender probably was her lover (one of the motives shows a bunch of roses).

These two postcards were provided to me (like many others) by comedy hacker and codebreaking expert Tobias Schrödel. By the way, on February 8, I met Tobias at the Gymnasium Ottobrunn near Munich where both of us gave talks. The following picture shows him together with teacher Felix Brüstle who organized this event. 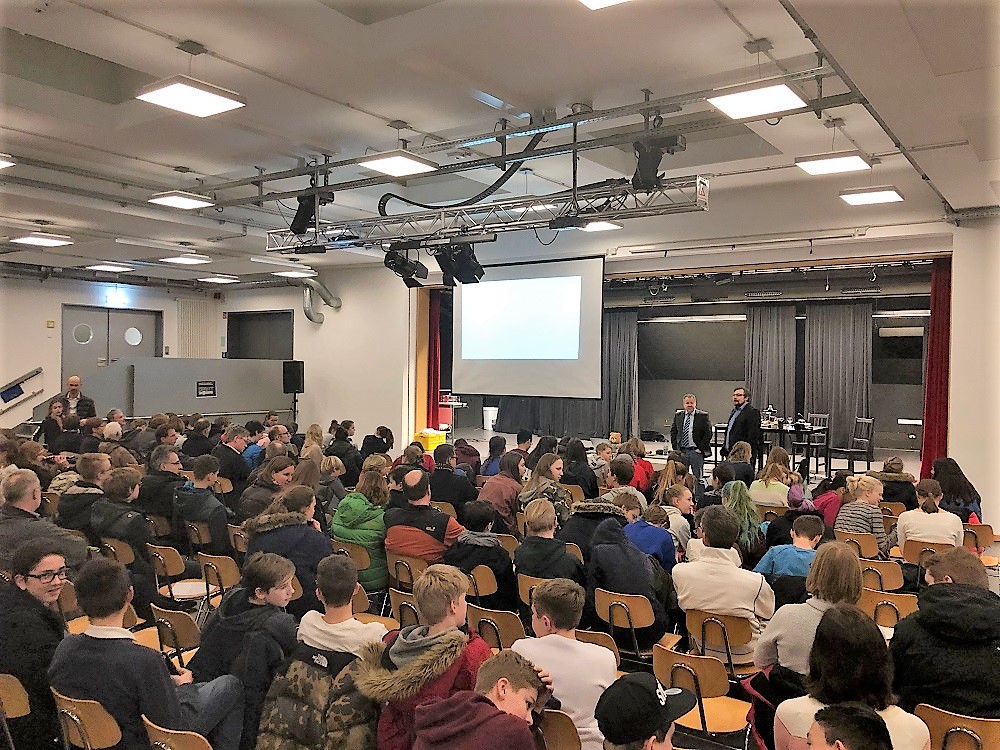 What is unusual about these postcards is that they were sent during the last months of World War 1. One would expect that in this time people had other things to worry about than sending encrypted postcards. It would be interesting to know if the sender was a soldier and, if so, why he didn’t use the army postal service.

Here’s the picture side of the first card: 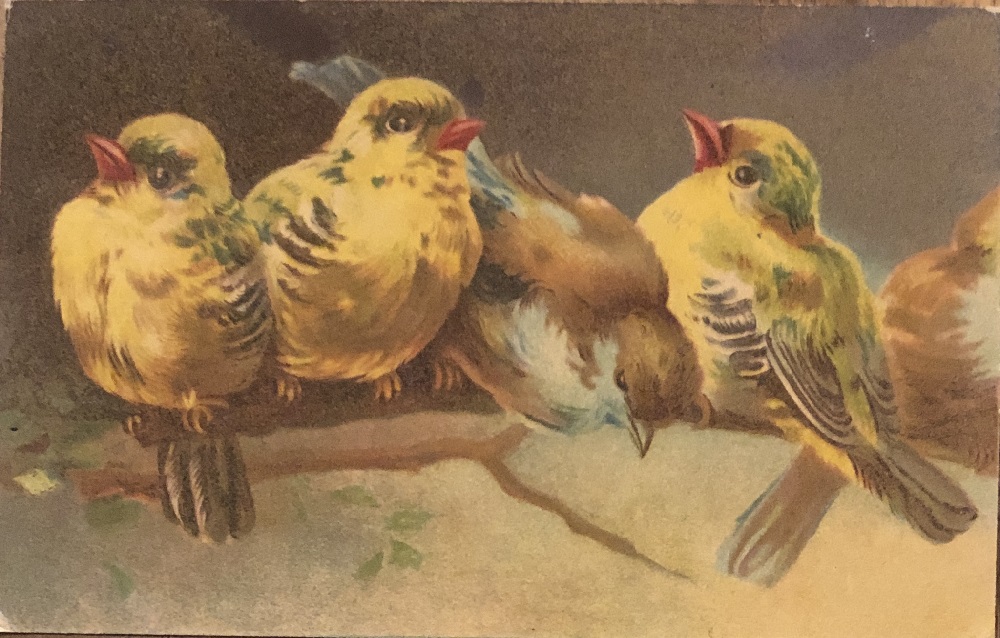 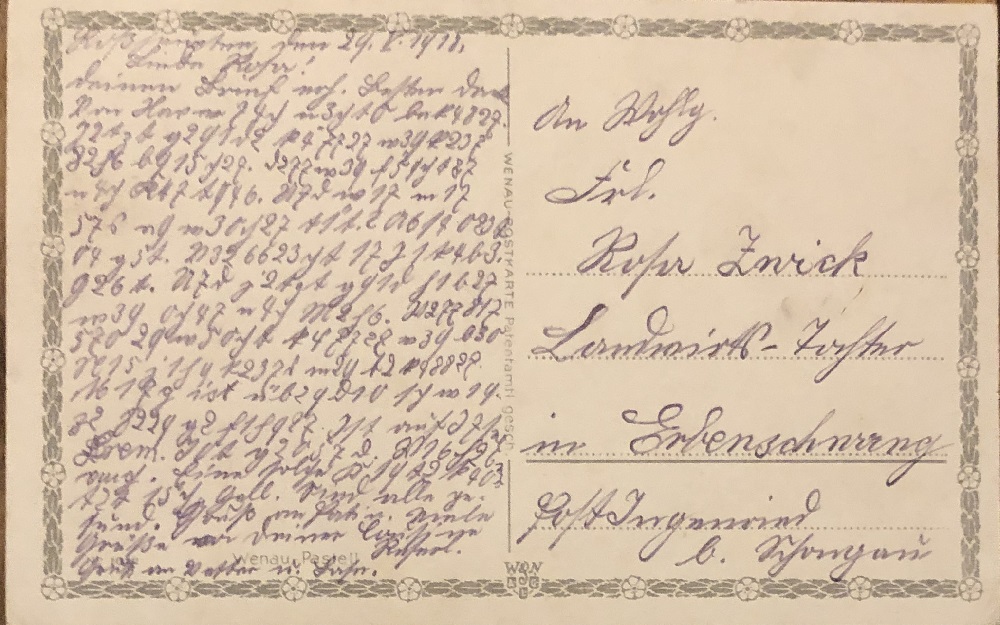 Parts of the text, including what might be a place and a signature, are written in the clear, but they are hard to read. If a reader can make sense of this writing, please let me know.

Here is the second card:. 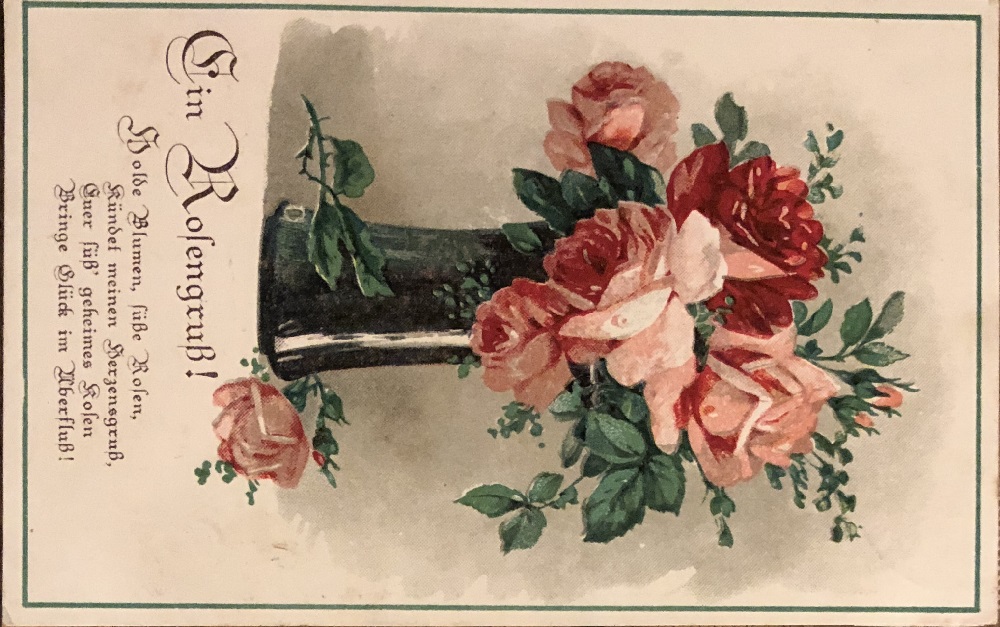 This one was sent on 3 March 1918. No place is mentioned, and the signature appears to be encrypted. 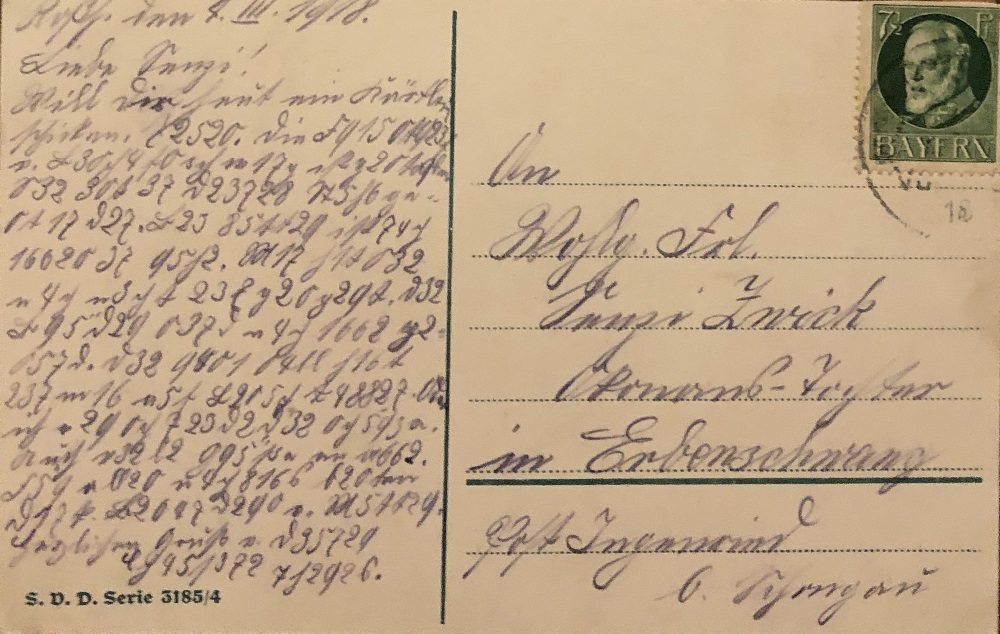 The encryption system used is probably a letter substitution (MASC). As the spaces between the words are visible, it might be possible to guess words. Can a reader solve these cryptograms?
Follow @KlausSchmeh