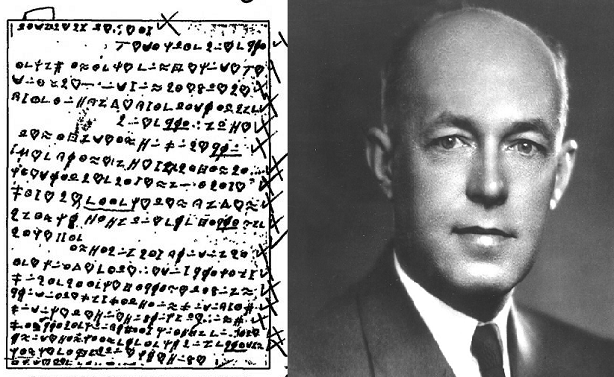 In 1931, codebreaker and book author Herbert Yardley published an encrypted message without providing the plaintext. Can a reader decipher it?

One of my favorite cryptology books was written by US cryptanalyst Herbert Yardley (1889-1958). Yardley started his career as a codebreaker during the First World War and later became head of the US State Department codebreaking unit MI-8. In spite of poor funding, Yardley’s team proved quite successful in breaking forereign diplomatic codes. While Yardley was less skilled as a cryptanalyst than his colleague and friend William Friedman, he did a good job in training and managing his codebreaking team, which became one of the best in the world of its time. 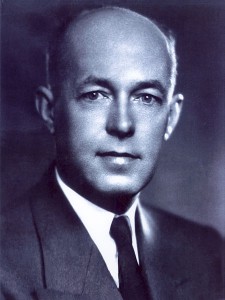 In 1929 Yardley’s career came to an unexpected end, when Henry Stimson became the new Secretary of State. Like his pre-decessors, Stimson learned about the MI-8, which was a highly secret institution, only after he had taken office. Contrary to most other politicians, Stimson considered eavesdropping and codebreaking immoral and not acceptable. So, he shut down MI-8 and dismissed Yardley.

MI-8’s existence ended on October 31, 1929 – two days after Black Tuesday, which marked the beginning of the Great Depression. It goes without saying that the chances of a codebreaker to find a new job were extremely bad in this time. However, Yardley found a spectacular solution: he wrote a book, in which he described the top secret work of MI-8 in all detail. Titled The American Black Chamber, this book was published in 1931. It is available online.

The American Black Chamber became a huge success. Of course, the State Department and all still-existing US codebreaking units became extremely upset about this book. The friendship of Yardley and Friedman, who were the two most notable codebreakers of their time, immediately came to an end.

Of course, the State Department considered bringing Yardley to court, but a trial would have revealed even more information about the work of MI-8 than had already been published. So it was decided to better not charge Yardley. Instead, the State Department declared the whole content of The American Black Chamber mere fiction, though it was clear that nobody would believe this statement.

In his book, Yardley covers many authentic cryptograms and describes how they were solved. In addition, he provides an encrypted text as a challenge for the reader to solve. I blogged about this cryptogram five years ago (in German). 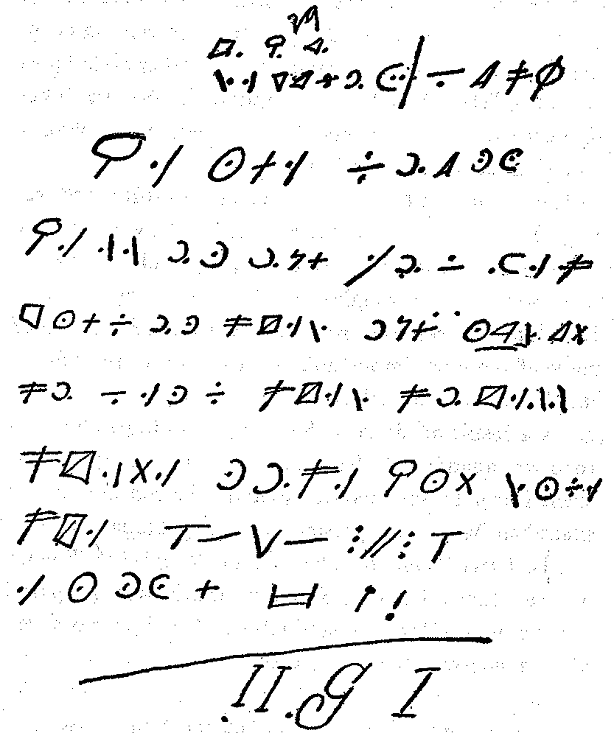 As you see, a few parts are still missing. If a reader can fill these gaps, please let me know.

In addition to The American Black Chamber, Herbert Yardley published an article about cryptology in the Saturday Evening Post. In this article, Yardley provides another cryptogram, the solution of which is not given. 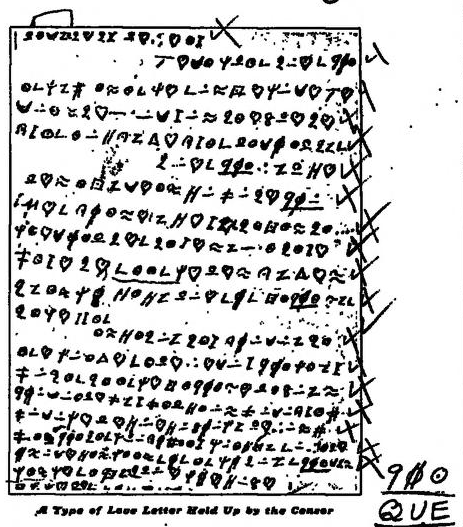 Like the cryptogram described above, this one is probably encrypted in a simple letter substitution (MASC). Can a reader break it?
Follow @KlausSchmeh