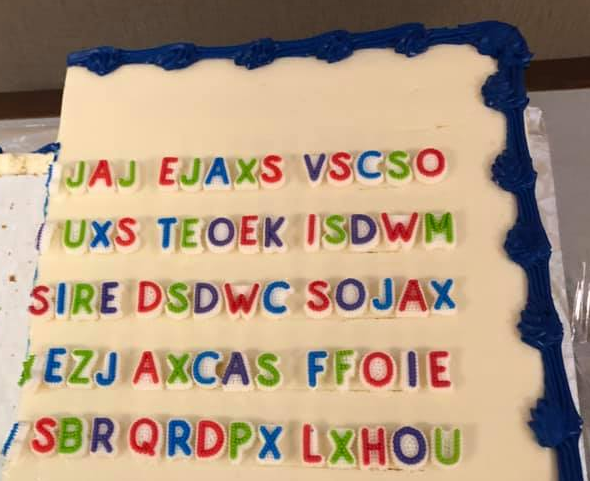 The American Cryptogram Association (ACA) recently celebrated its 90th anniversary. One of the birthday presents was a cake bearing an encrypted inscription. Can you decipher it?

Food is usually not a topic I write about. However, there was one exception: in 2008, I published an article about hexagonal french fries, which explained why neither square nor round french fries have an optimal shape. To my surprise, this article was quite successful. Even a gourmet portal became interested and put a link on it. Perhaps, it was the strange combination of food and mathematics that attracted so many readers.

When I recently read a Facebook post published by my friend Elonka Dunin, I decided to write another article about a food-related topic. This time, it is not about mathematics combined with food, but about cryptography combined with food. According to Elonka’s post, somebody (I would like to credit this person, but I don’t know who it was) baked a cake bearing an encrypted inscription on the occasion of the 90th aniversary of the American Cryptogram Association.

The American Cryptogram Association (ACA) is a non-profit organization dedicated to promoting the hobby and art of codebreaking. Its history goes back to the late 1920s. The ACA hosts an annual convention (to my regret, I have never taken part, as it takes place on the other side of the Atlantic), the 2019 issue of which took place from August 23-25 in Annapolis, Maryland. Just like many readers of this blog, I am a member of the ACA.

Every member of the ACA has a nickname. For instance, Helen Fouché Gaines (1888-1940), who wrote a well-known cryptanalysis book, called herself PICCOLA. Codebreaking pioneer Herbert Yardley (1889-1958) chose the nickname BOZO, David Kahn’s ACA names are DAKON and ISHCABIBEL. Blog reader Jim Gillogly is known as SCRYER. My ACA pseudonym is CRYPTOBLOGGER.

The ACA publishes a bi-monthly newsletter: The Cryptogram. You can get a free sample issue on the ACA website.

Elonka Dunin is an ACA member, too. Here’s the photograph of the aforementioned cake she published on Facebook: 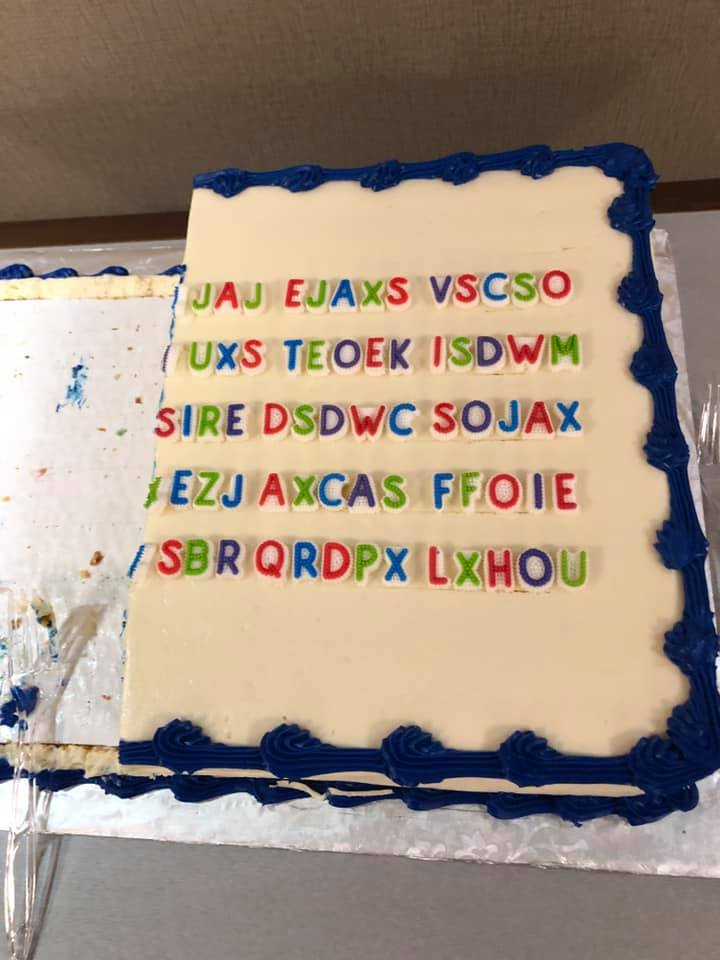 Apparently half of the cryptogram was already gone when this picture was taken – you can’t eat your cake and decipher it. Luckily, Elonka later found a photograph that shows the cake before the ACA members started having it. Here it is: 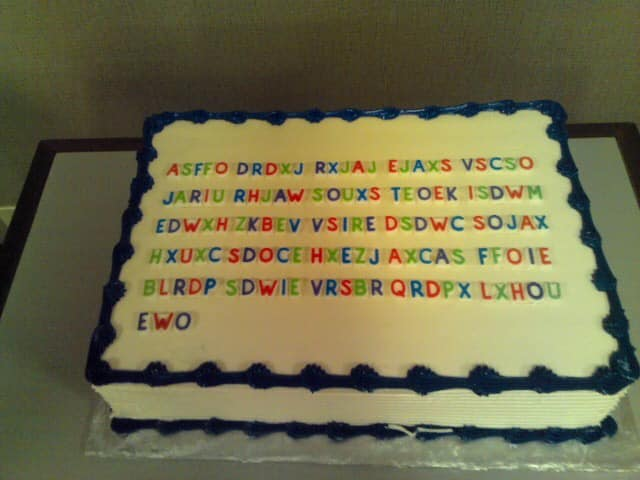