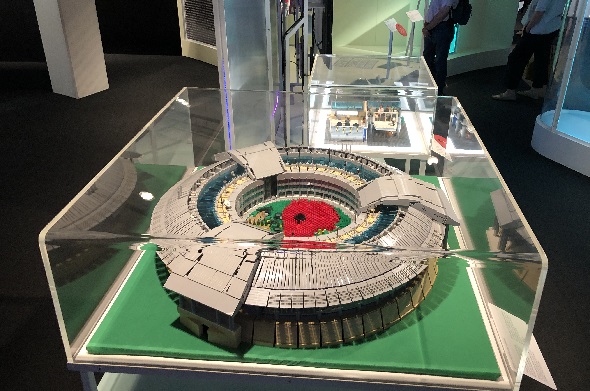 The Science Museum in London is hosting an exhibition about secrets and ciphers. The exhibits include a quilt bearing encrypted messages.

This morning, I gave a talk about Cold war cryptography at the hacker conference, 44CON in London. I talked about George Lasry’s breaking of the Double Columnar Transposition challenge, Hagelin encryption machines, Bart Preneel’s breaking of the Lumumba messages and a few other things. 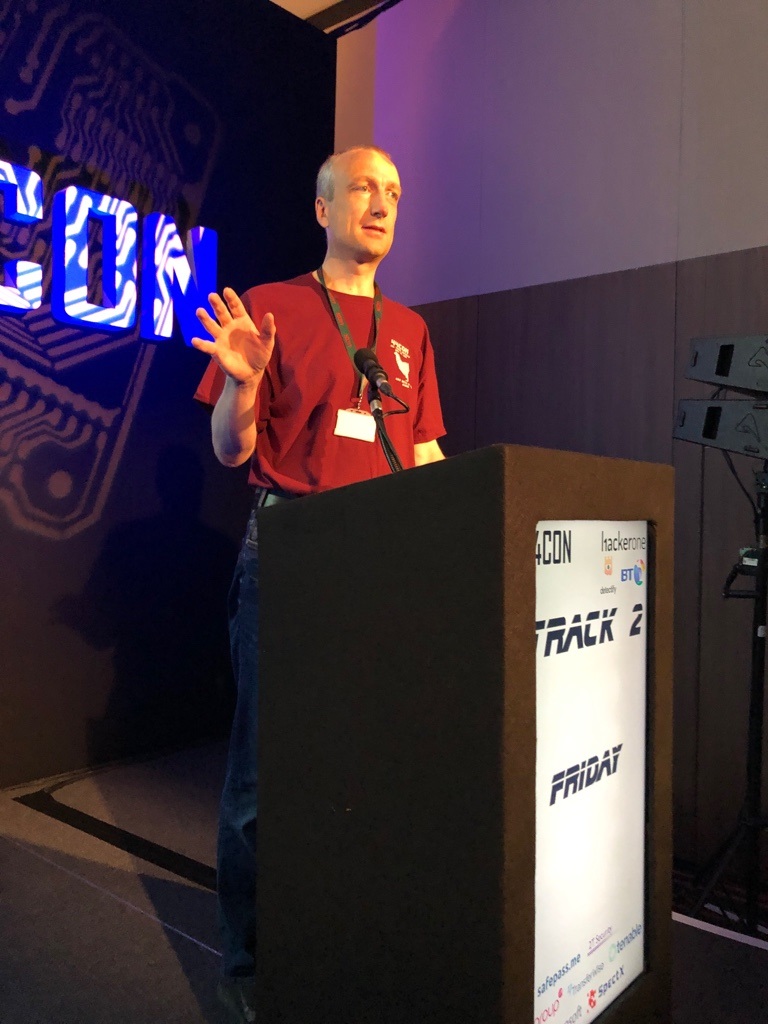 As far as I can tell, my presentation was well received. Though Cold War encryption methods are not necessarily a typical hacker topic, I received a lot of positive feedback.

After my arrival in London yesterday, I took a side trip to the Science Museum to visit the Top Secret: From ciphers to cyber security exhibition, which is currently shown. Especially, I was hoping to see some rare cipher machines there. I was not disappointed. Even the first device I spotted was a very interesting one: a green Kryha Standard. 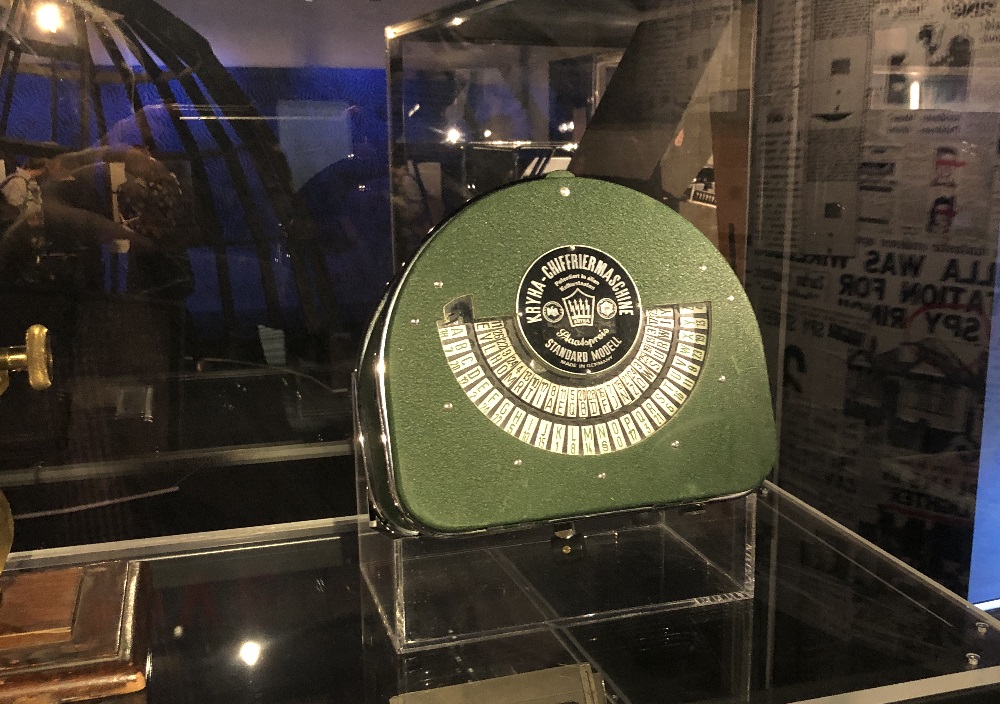 The Kryha Standard, constructed by Alexander von Kryha in the 1920s, was a very weak crypto device, even by the standards of its time. It could be broken by an experienced cryptanalyst within hours. On the other hand, it had a quite nice visual design, and its inventor did a good job in marketing it. Today, Kryha machines are sought-after collectibles. I have a special interest in these devices, which resulted in a Cryptologia publication I published in 2010. Anyway, I had never seen a green version of the Kryha Standard before. Perhaps, this copy was produced for a military customer.

Other machines on display included an Enigma, … 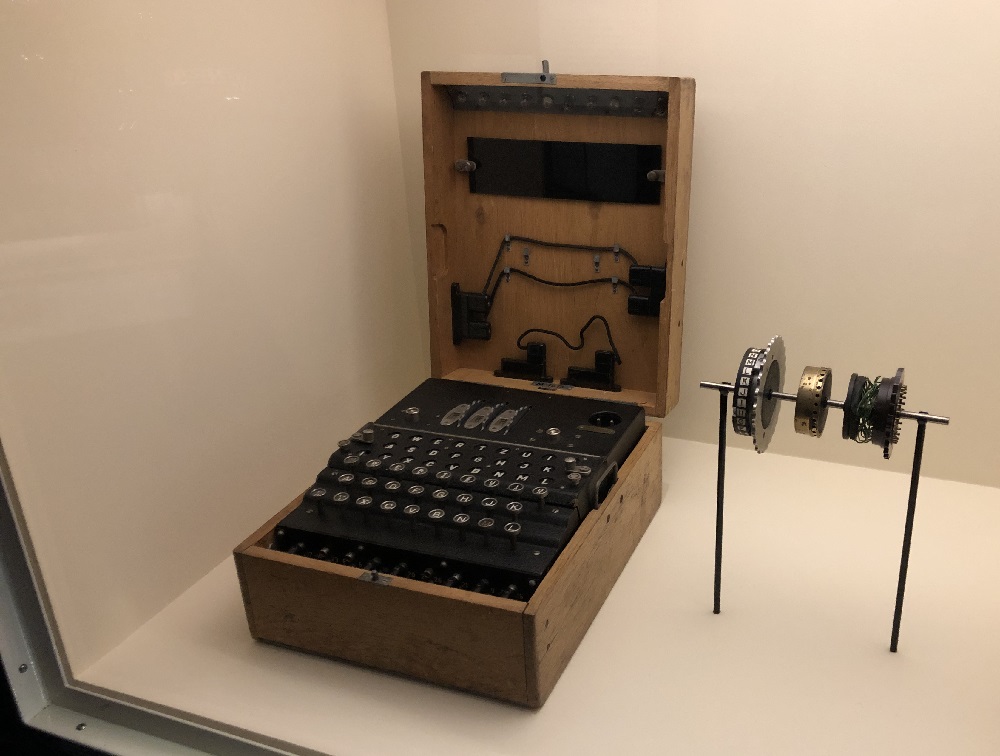 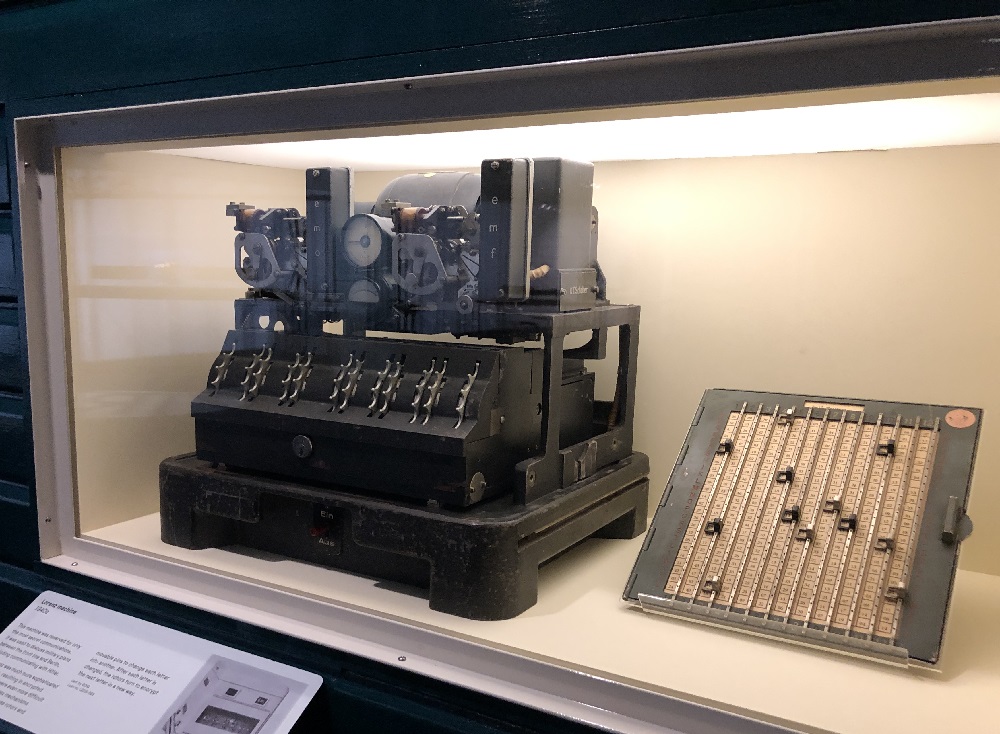 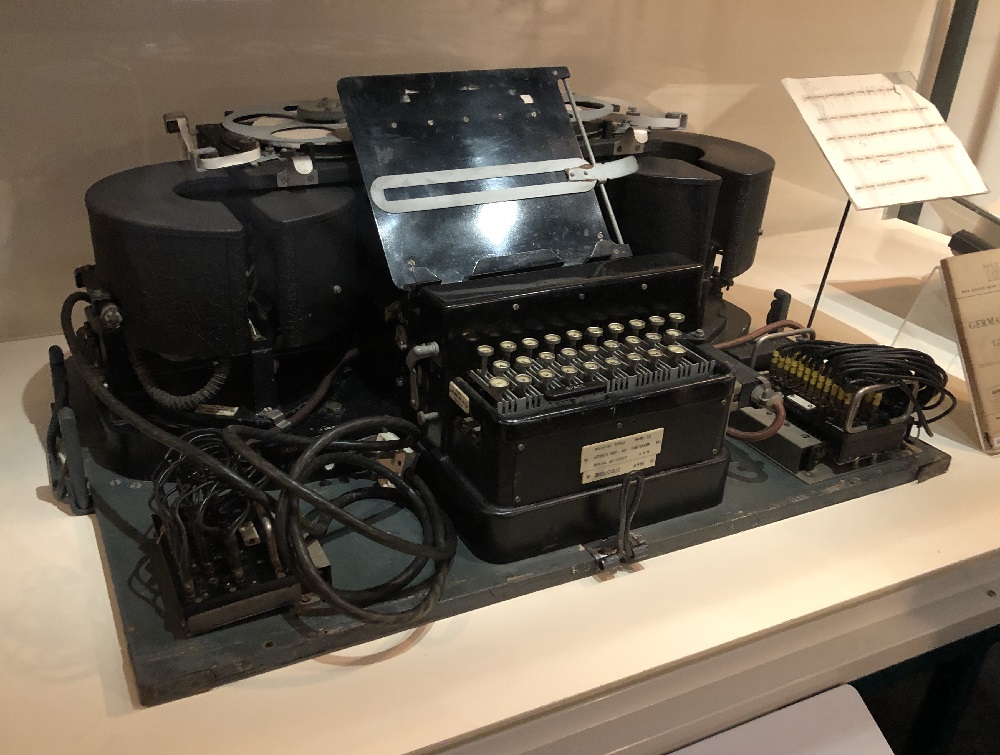 Like me, the Science Museum appears to be fond of Lego bricks. The following picture shows a Lego model of the GCHQ headquarters in Cheltenham. 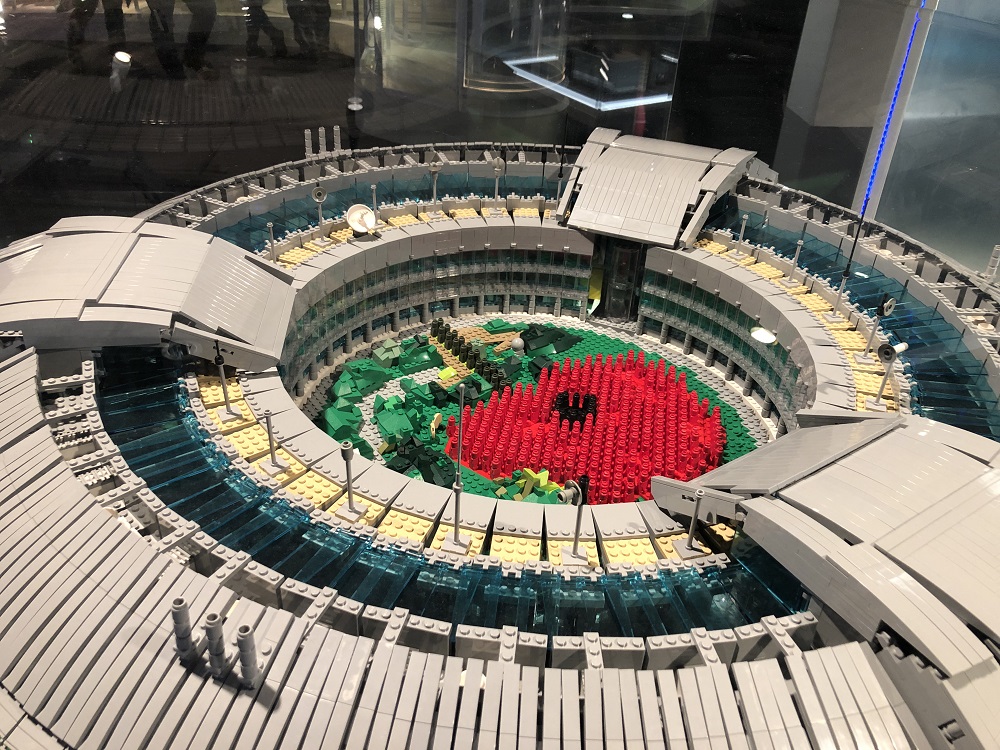 And then, the exhibits include a quilt. 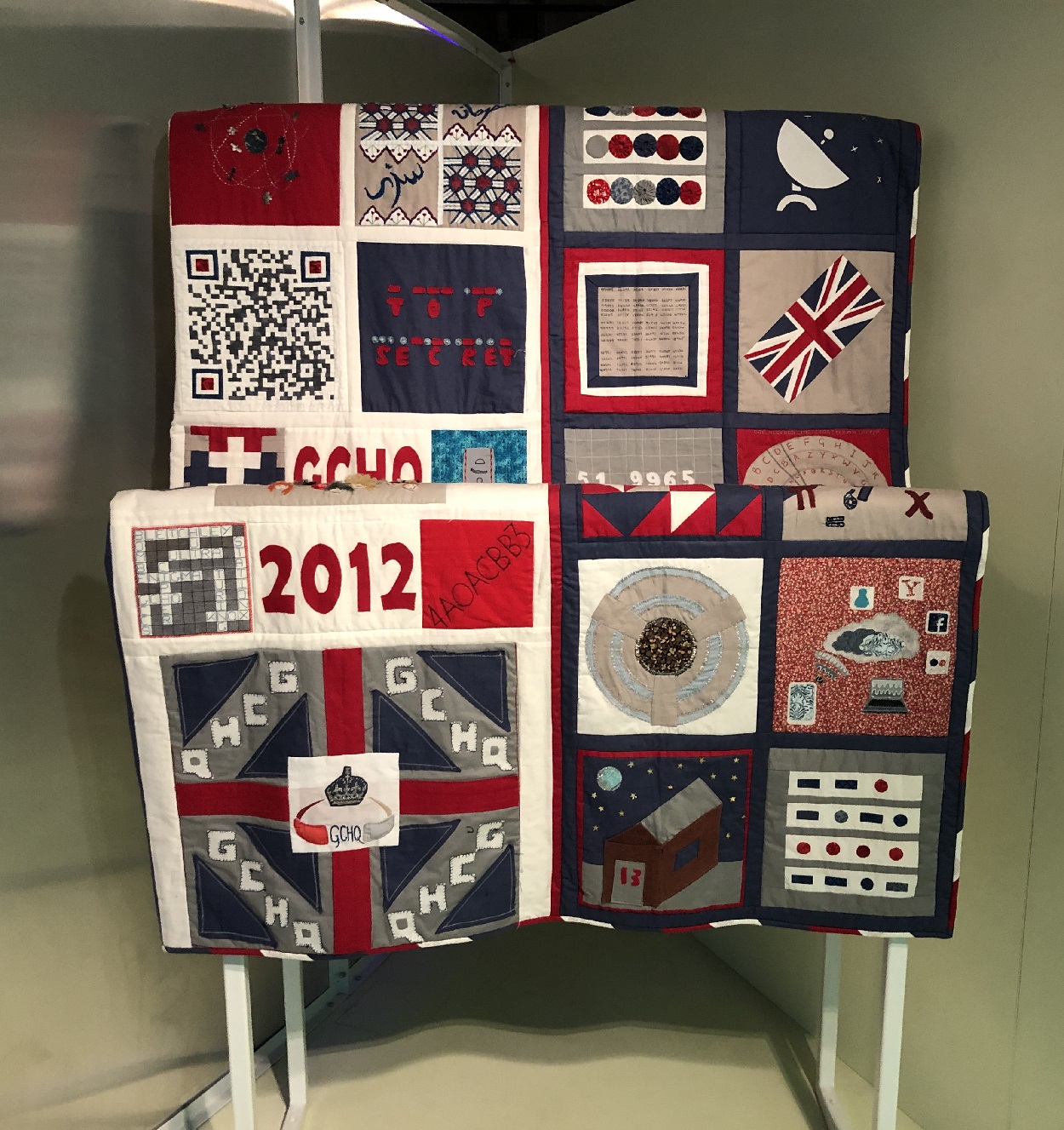 This quilt has nothing to do with the pseudo-historic quilt-based steganography story that is mentioned in my book Versteckte Botschaften and elsewhere. Instead, it is a quilt that was created by the Museum staff. They hid several encrypted messages in their production.

As is easy to see, two of the messages are in Morse code. Can you decode them?

One of the squares bears a message consisting of five-digit numbers. 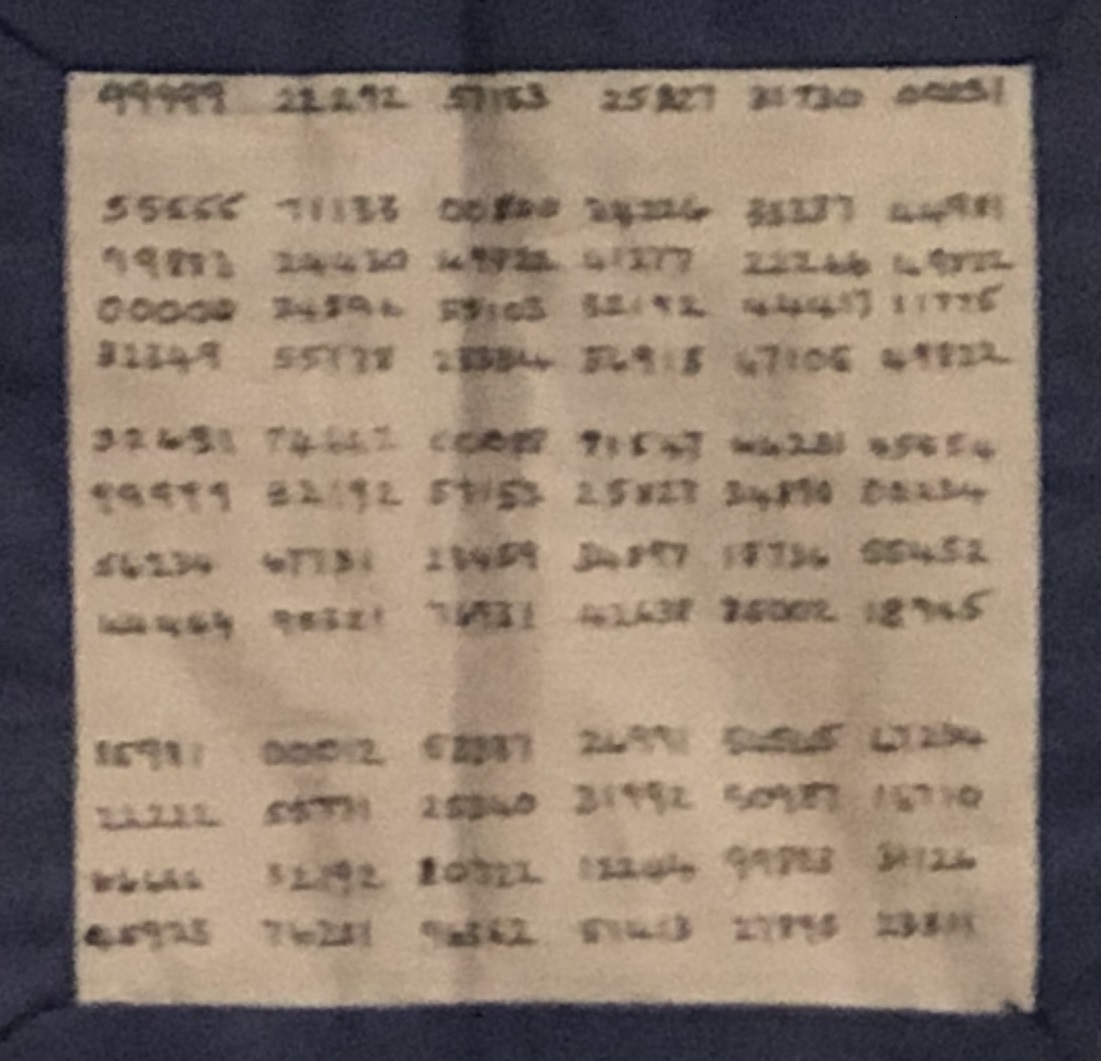 I have no idea what these numbers mean. Can a reader decipher this cryptogram?
Follow @KlausSchmeh