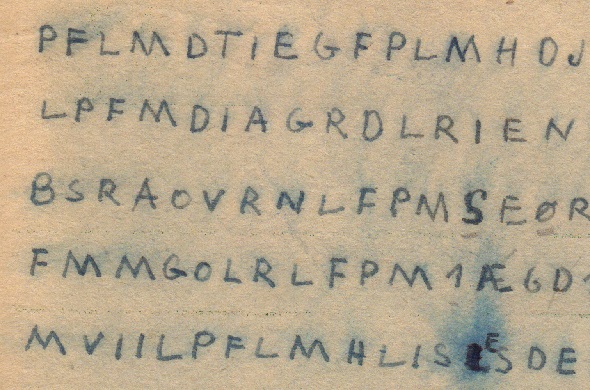 Blog reader Karsten Hansky has provided me a nice encrypted postcard from 1954. Can a reader decipher it?

Encrypted postcards have always been a popular topic on this blog. Blog reader Karsten Hansky has now provided me another one.

Before I proceed, let me mention that my friends Paul Reuvers and Marc Simons from the Netherlands are going to co-host a crypto exhibition titled “Secret Communication” in Duivendrecht, NL. Check here for details. It will start on November 16, 2019. I plan to attend one week later, on November 23. Of course, I would be pleased to meet a few readers of this blog there.

Let me also mention that I will give a presentation at the Labortage in Bochum next Saturday (November 9th). This event is open to the public, a ticket costs 18 Euros.

The aforementioned postcard was sent from India to a certain Bent Hjort Nielsen living in Copenhagen, Denmark. 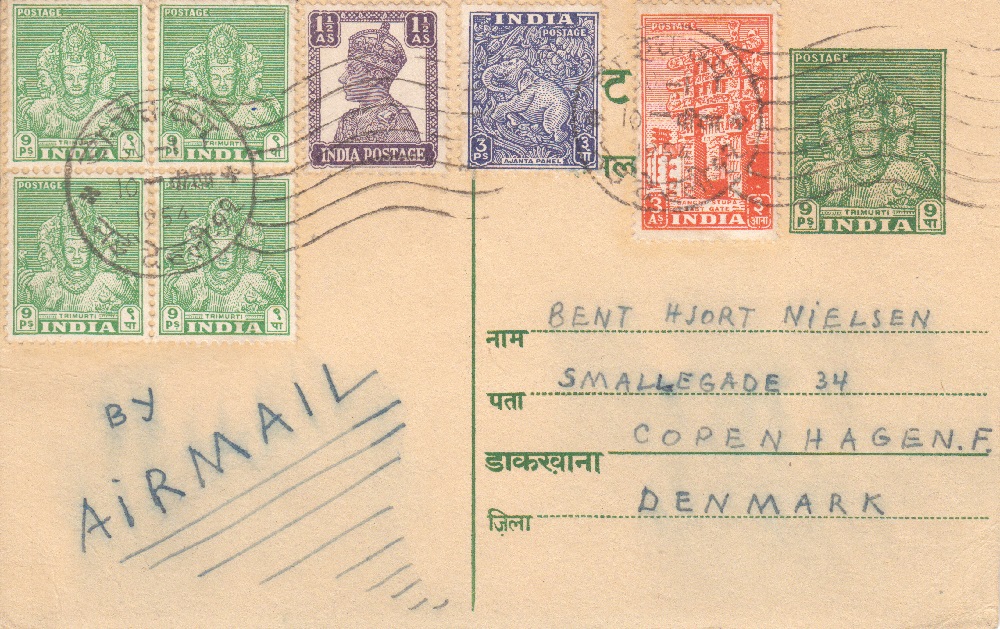 Let’s look at the text side: 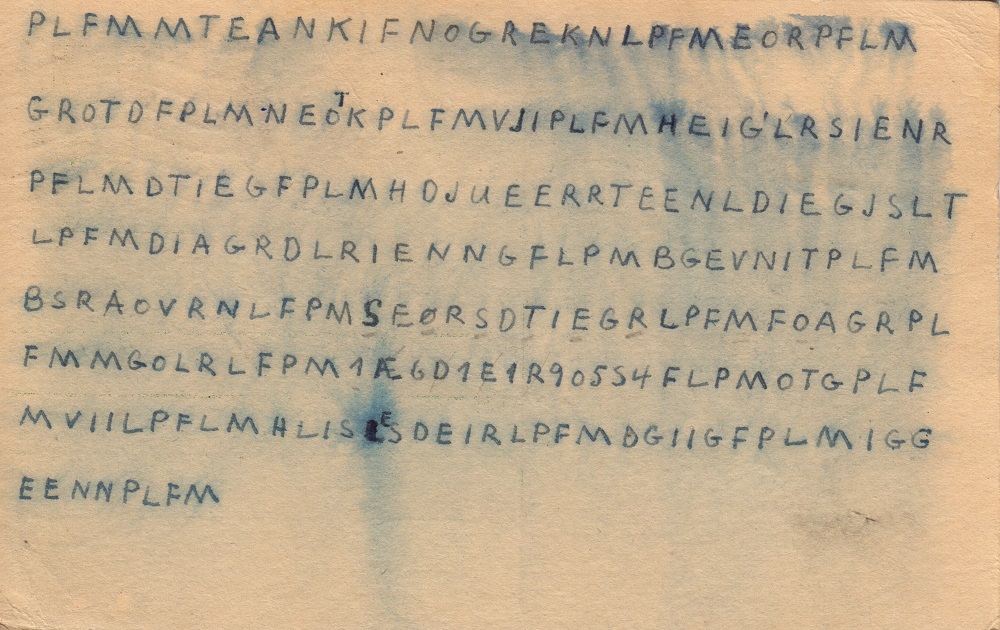 The encryption system the sender applied might be a monoalphabetical substitution (MASC). Almost all encrypted postcards I have seen are enciphered this way. However, contrary to most encrypted cards, this one doesn’t indicate word boundaries, which makes breaking the message more difficult.

The alphabet used consists of ordinary letters and the digits 1, 4, 5, and 9. The digits only appear in the third-to-last line of the text. They form the sequence 1611954 (with exactly one letter between each two digits), which can be interpreted as a date: 11 January 1954.

The letter between the 1 and the 6 is an Æ, which appears in the Danish alphabet (the German equivalent of this letter is the Ä). This suggests that the plaintext is written in Danish.

The last line could be a signature. The letter combination EENN at the start of a word is very unusual. Provided that we are dealing with a MASC, this might render a crib.