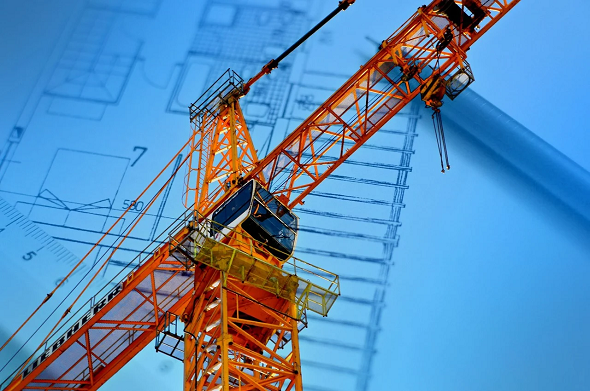 Alession Vinci, an Italian student, died in 2019 for unexplained reasons. He left behind an unsolved cryptogram.

Unsolved crimes that involve unsolved cryptograms have always been among the most popular topics on this blog. Stories of this kind include the Zodiac Killer, the Somerton Man, the Debosnys case, and the Ohio train-station robbery.

Blog reader John Haas from Austria has now informed me about another case that might fit into this category: the unclarified death of Alessio Vinci. According to a Reddit post, this case can be summarized as follows:

Vinci left a letter (written in French) for his grandfather. Here’s a translated version of it:

I won’t say why I did it, if I will be remembered as a crazy youngster I don’t care what people think. I only ask for one thing, and I know someone will do it. Let everyone see this message.

The message mentioned at the end of the letter might be the encrypted one introduced below.

What makes this case interesting for this blog is that it involves a cryptogram. According to the web portal Newsbreezer, the following message was displayed on Vinci’s computer (I assume it’s the one the letter refers to): 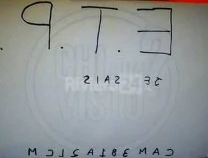 Apparently, this message needs to be mirrored: 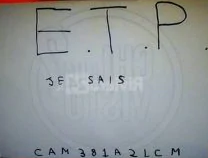 To my regret, I don’t know any details about this cryptogram. How was the message found on the computer? Why did Vinci (or whoever) write this note by hand instead of using a word processor? When was the file containing the message scan created?

The message can be transcribed as follows:

The same letters, E. T. P., were found engraved with a lighter under Vinci’s desk.