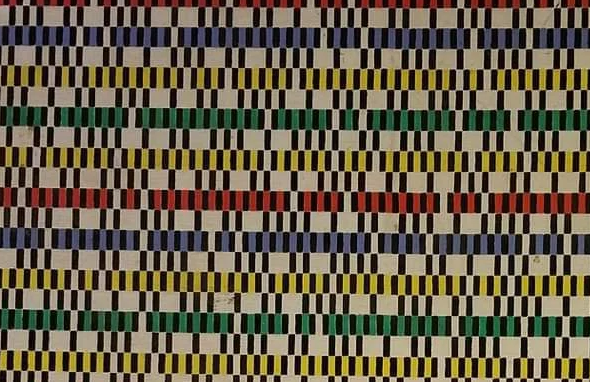 An engineer who deceased a few years ago has left behind an unusual painting. Does it contain a message encoded in a binary code?

Once again, an interesting unsolved cryptogram is being discussed on Reddit. As usual, the description of the crypto mystery is quite short:

My friend’s father passed away a while ago. He went to MIT [Massachusetts Institute of Technology] and was an engineer who painted this. His family believes it is in code, but no one has ever solved it.

Here’s the painting this mystery is about: 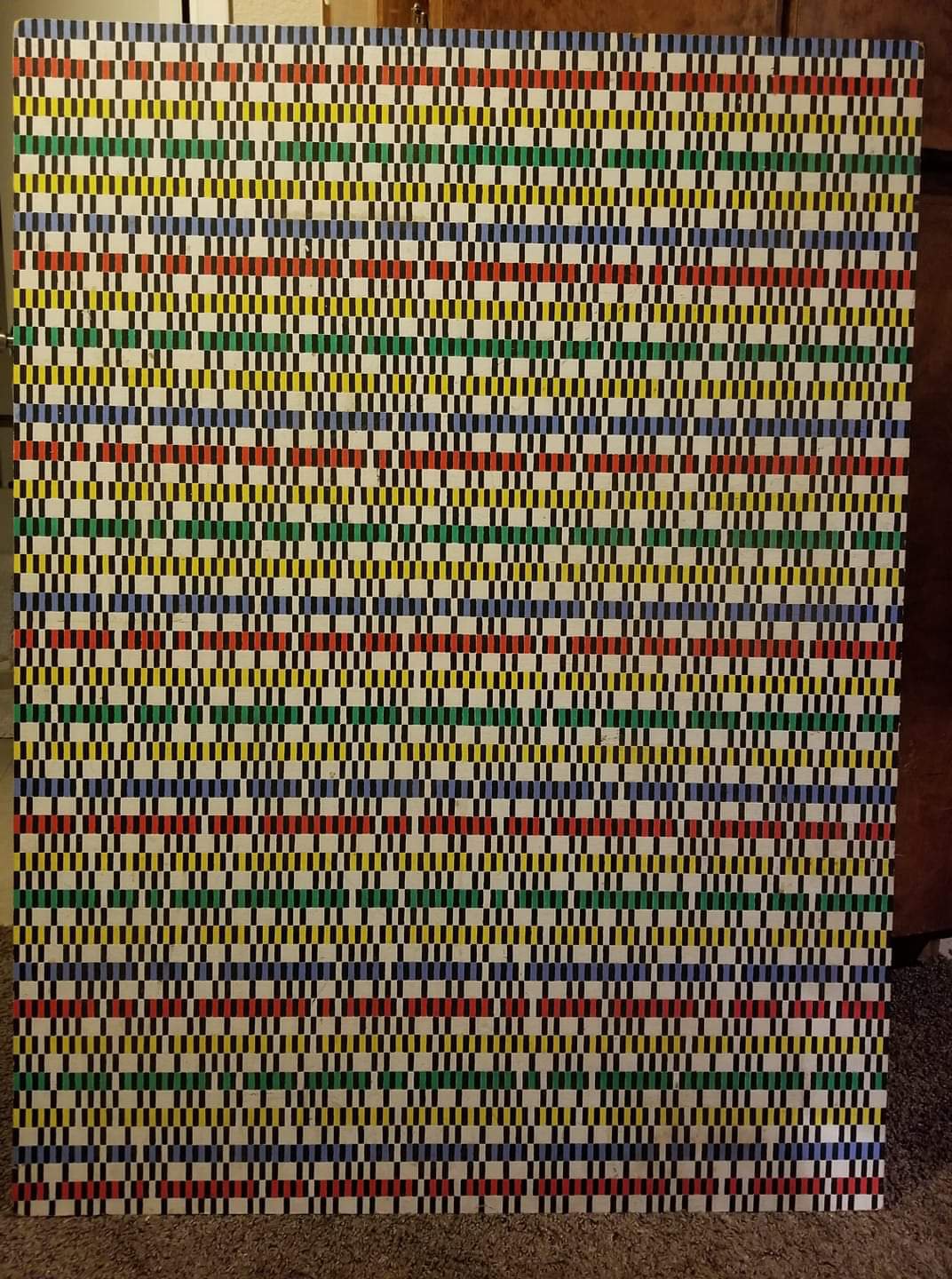 Hidden or encrypted messages in artworks are nothing new. Many readers certainly know Kryptos, the famous sculpture located in CIA headquarters in Langley Virginia. The inscription encarved into this artwork is encrypted and a part of it still unsolved. Kryptos is listed at position 4 on my list of the top 50 unsolved cryptograms.

Considering that the painting introduced on Reddit (I refer to it as “MIT cryptogram”) was created by an engineer, it comes as no surprise that it has the appearance of a binary code. It’s certainly possible to transcribe the black, green, red, blue and white bars to a sequence of zeros and ones.

In the rows with a colored background the pattern of the black bars is very regular: each black bar is followed by a non-black one. Perhaps, these lines serve as separators. The rows with a white background have an unregular pattern. It is well possible that they encode something in a binary code.

Meanwhile, about 70 comments on this mystery have been published on Reddit. Here are a few of them:

If a reader has a clue how to decode the message, please leave a comment.
Follow @KlausSchmeh