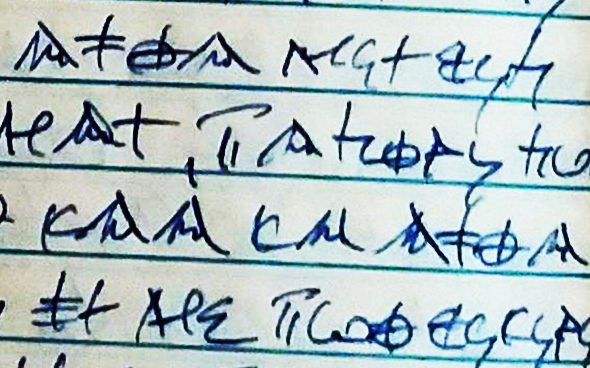 Encrypted diaries are a frequent topic on this blog. My encrypted book list contains about two dozens of them. Almost all of them are completely solved. One of the few exceptions is an encrypted journal I discovered on Reddit and introduced on this blog earlier this year. I still hope that one of my readers will break it. One of the problems is that the plaintext language is unclear. Though the ciphertext is written on English calendar paper, the underlying language is not necessarily English.

When I recently searched for the term “encrypted diary” on Google, I found another interesting Reddit post. This is not unusual, as there is a Reddit group named /r/codes, in which unsolved cryptograms are discussed. However, this time Google directed me to another group, /r/mildlyinteresting, which is certainly not the best place to publish a crypto mystery. Apparently, a user named zKampeR didn’t know this, and so he posted a photograph of an encrypted diary there. This was nine months ago. 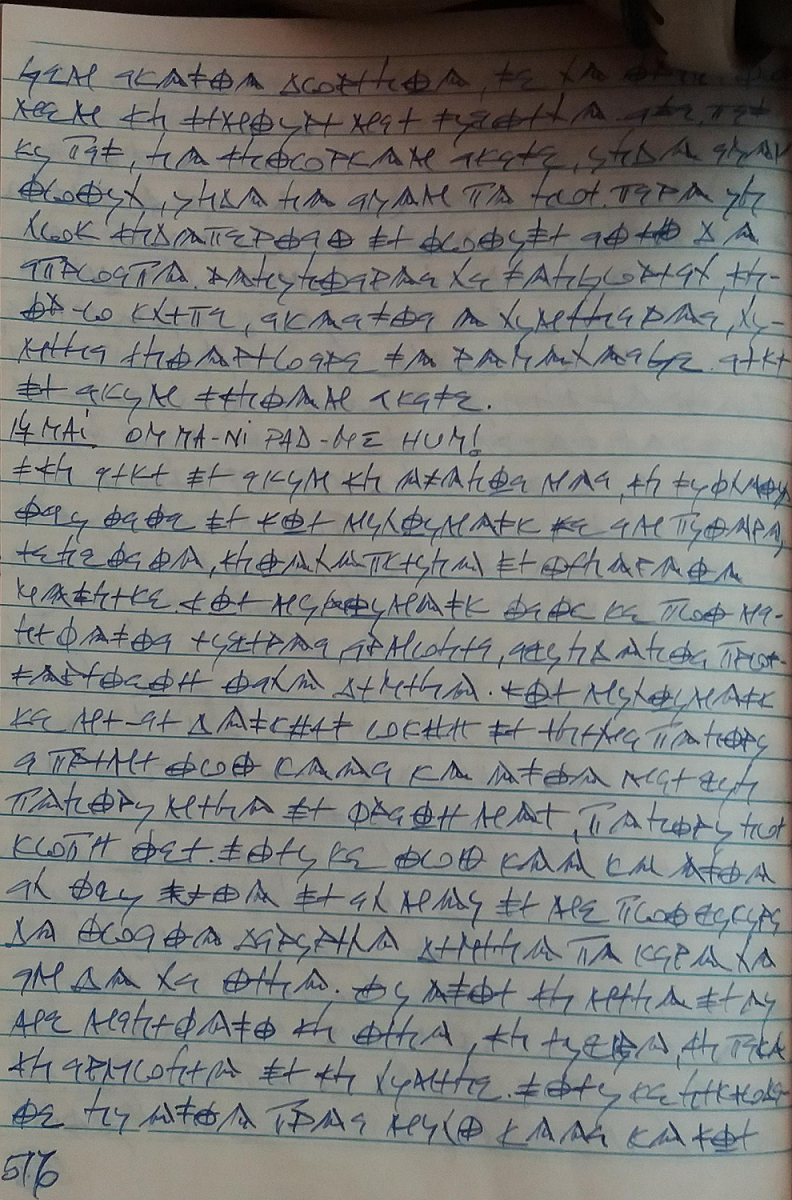 To my regret, the information zKampeR provided about his find was quite sparse. He wrote: “This encrypted journal I found in an old piano, with entries dating from 1993.”

Meanwhile, a few dozen comments concerning this cryptogram have been published on Reddit, a few of them by zKampeR himself. The following information can be retrieved from these notes:

As already mentioned, virtually all encrypted diaries known in the crypto community have been deciphered. This is because diary authors usually prefer simple ciphers that allow for speedy encryption. The cipher used here doesn’t look especially complicated either. My guess is that the author has used a simple substitution cipher (MASC).

Further reading: Solved: An encrypted diary from the interwar period