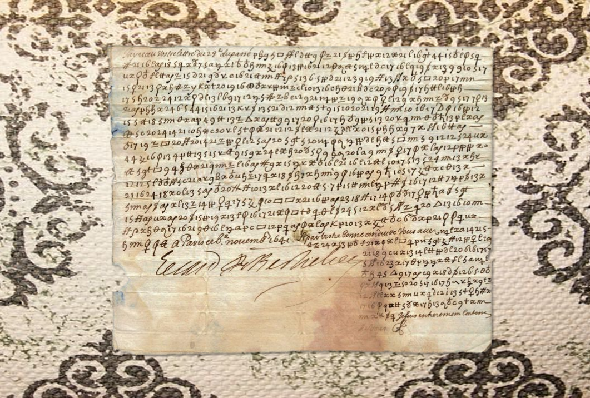 Here’s a French letter from the 17th century, encrypted probably in a homophonic system or a nomenclator. Can a reader decipher it?

The representative has come across an encrypted letter from the 17th century he would like to have deciphered. Here it is: 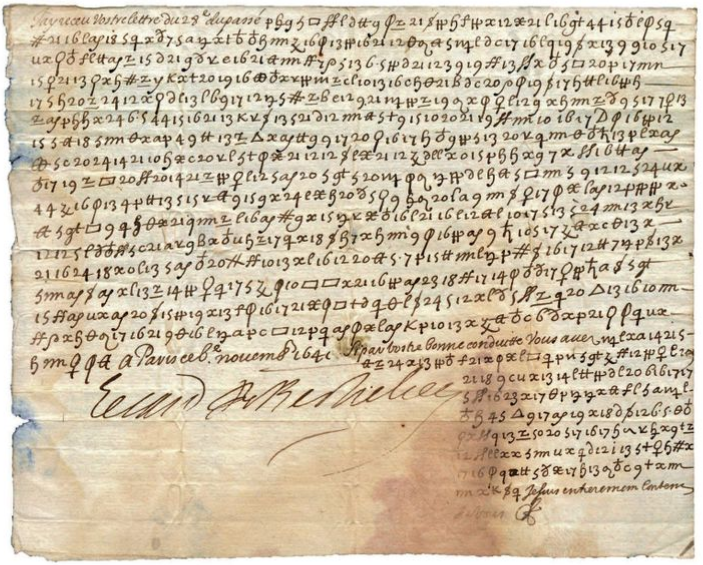 The letter contains a few cleartext passages written in French. The plaintext is most likely French, too.

Le Manuscrit Français has asked me not to publish any details about the background of this letter for the moment. I will, however, provide more information next week.

As can be seen, the author of the letter used an alphabet consisting of numbers (one-digit and two-digit) and symbols. In my view, there are two likely explanations for this:

In addition, some numbers or symbols might have no meaning at all (nulls) or even make the letter before or after meaningless (nullifyer).

As frequent readers of this blog will know, breaking a homophonic cipher or a nomenclator can be difficult, or even not impossible, if no additional information, such as a crib or the substitution table, is available.

However, many encryption systems of this kind are flawed. For example, many nomenclators make an easy-to-detect distinction between letters and words. This might be the case here, too. If the system used by the letter author is a nomenclator, I’m pretty sure that the numbers and the symbols are used differently – most likely, numbers stand for letters, while symbols stand for words. In general, the homophonic substitutions and nomenclators used in the 17th century were often weak compared to the systems of later centuries.

All in all, I think there’s a good chance that this cryptogram can be broken. If a reader is successful, please let me know.
Follow @KlausSchmeh

Further reading: An unsolved encrypted letter from the 17th century