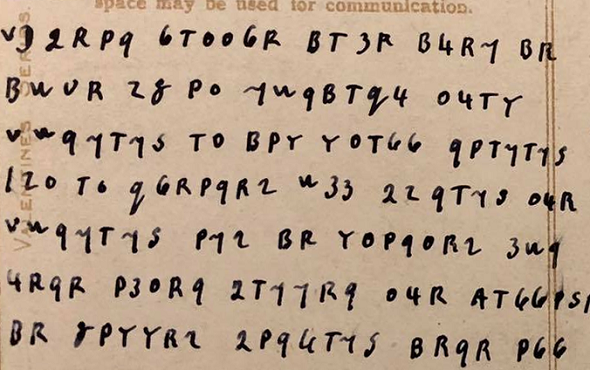 Here’s an English postcard from the early 20th century. Can a reader deipher it?

Once again, a bog reader has made me aware of an encrypted postcard, and once again, I had to take a geography lesson in order to find out where it is from.

This time, I needed to find out where Yarmouth, UK, is situated. This sounds easier than it is, as there are several places of this name in Great Britain. However, it soon became clear to me that the one in question is Great Yarmouth, a town in the most eastern part of England, close to Norwich.

Thanks to blog reader Tim, I found this Yarmouth postcard on Facebook, published by a reader nicknamed Ankerherz. Here’s the picture side of the card: 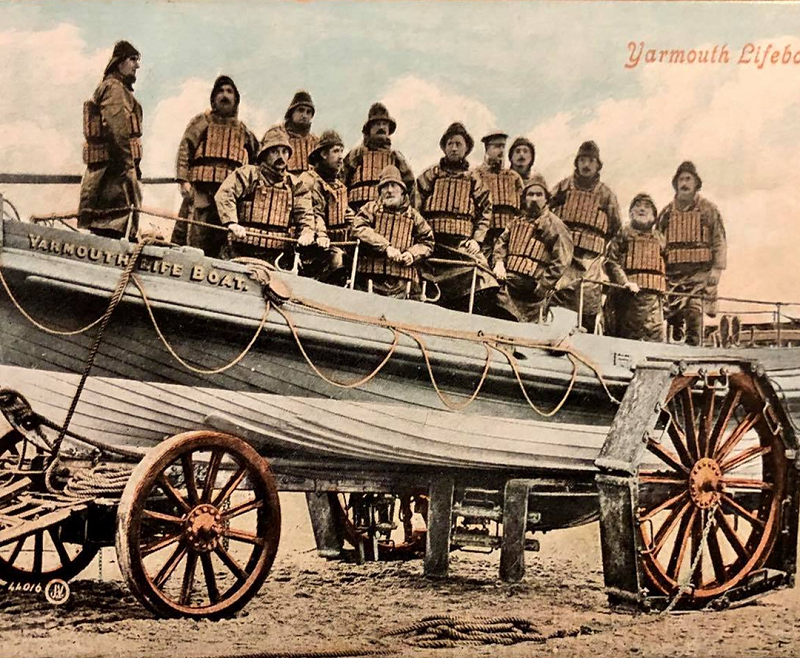 The recipient of the card was a Miss E. Barnard living in Hammersmith, London. Like most other encrypted postcards I am aware of, this one was probably sent by a young man to his spouse. The title “Miss” indicates that the Lady in question was unmarried. The sender’s name is not visible.

A terrific cognitive romp through some of the most important puzzlers, challenges, sizzlers and stumpers throughout history.

The encrypted message on the postcard can be seen here: 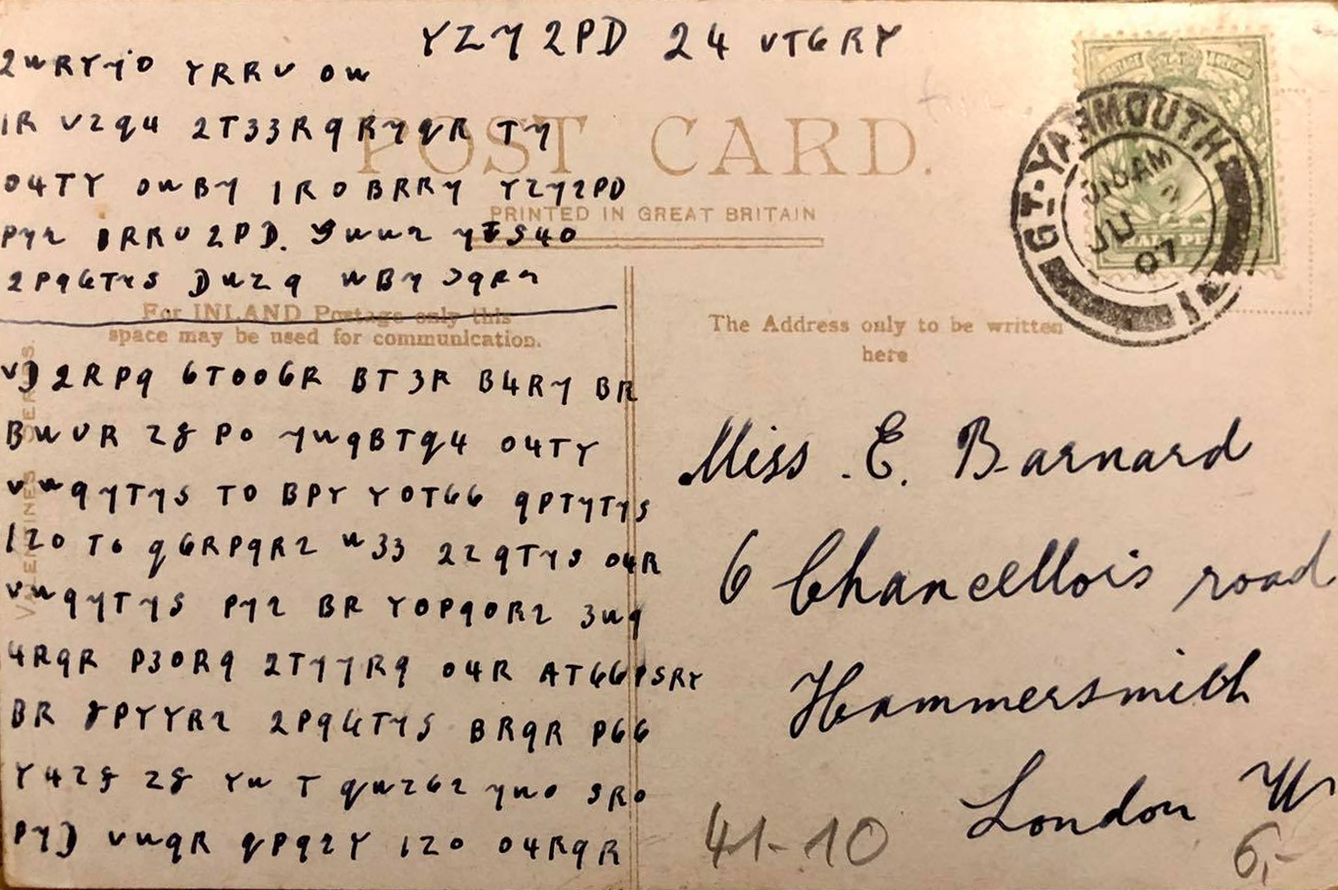 Meanwhile, somebody has posted the solution of this cryptogram on Facebook.

If you want to break the encryption yourself anyway, I recommend to employ the usual methods for breaking a simple substition cipher (MASC), such as frequency analysis or word guessing. My approach was to guess the word 6T006R, which has a special letter pattern (123314) – it did the trick.

The only cleartext part of the message is the number 24 in the top line. My guess was that this figure was a part of a date (something like “24 JUNE”), but this hypothesis turned out to be wrong.