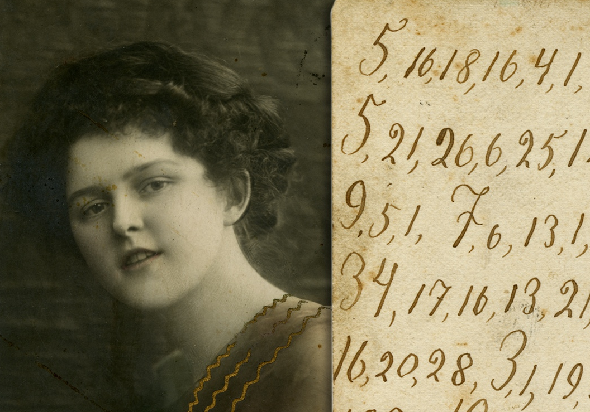 A museum in Polotsk, Belarus, is struggling with an encrypted postcard. Can a reader help?

From time to time, I start a Google search for expressions such as “encrypted letter”, “enciphered document” or “diary in code”. To increase my chances of finding something interesting, I also use search terms in foreign languages I don’t speak – thanks to Deepl and Google Tanslate, this is not very difficult.

When I recently googled for the Russian translation of “encrypted postcard”, I found an article published on the Belarusian news portal Gorod 214 in May 2019. This report is about an encrypted postcard owned by a museum in Polotsk, Belarus (there seveal museums in this city; to my regret, I don’t know which one is meant here). Apparently, the museum staff couldn’t read the message and therefore asked the public for help. They even offered a reward for the decipherment.

The Gorod 214 article encourages readers to post the solution in the comment section, but nothing can be read there. Either nobody has submitted a comment or all the notes have been deleted.

Here’s a scan of both postcard sides: 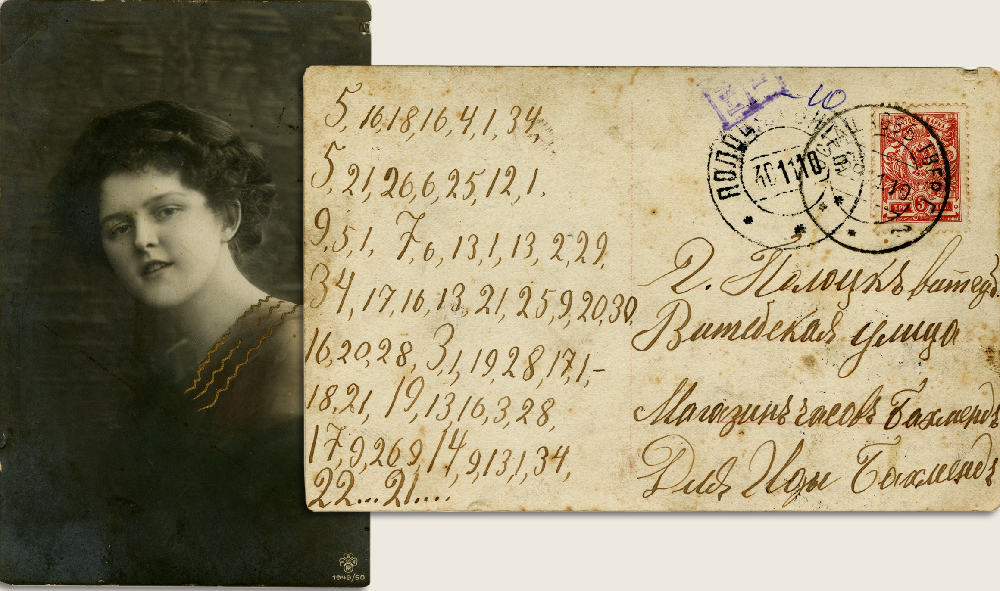 The address on the postcard is written in cyrillic letters. Can a reader read these lines a let us know name, street, and city of the recipient?

The encryption itself is probably not very sophisticated. The message consists of words written with numbers between 1 and 34, which is consistent with a one-to-one replacement of the cyrillic alphabet. This means that we are probably dealing with a Belarusian substitution cipher.