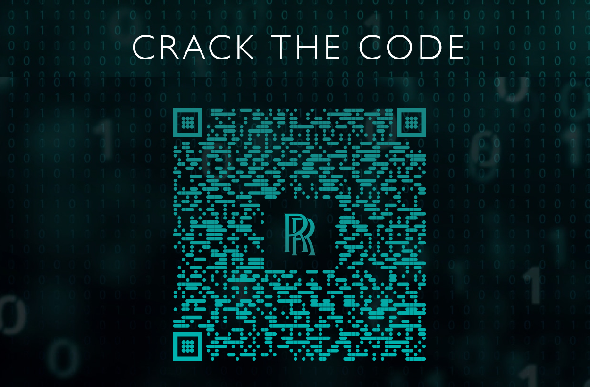 Four weeks ago, I blogged about a nice marketing stunt performed by luxury car producer Rolls-Royce. A recent variant of the Rolls-Royce model Wraith is named Kryptos, and it features a number of encrypted and hidden messages placed throughout the vehicle.

To my regret, nothing new has been published about the Wraith Kryptos itself since my blog post. Most of all, nothing appears to be known about the crypto challenges Rolls-Royce drivers face when boarding their car.

However, Rolls-Royce have now started an online game featuring crypto puzzles. Though these challenges are different from the ones in the car, the game is a part of the Wraith Kryptos marketing campaign. So, if you don’t have the money to buy a Rolls-Royce, you still can solve puzzles created by the makers of these luxury vehicles.

The starting page of the Rolls-Royce crypto game can be accesssed here. Registration is not necessary for entering the game. Here’s what you see first: 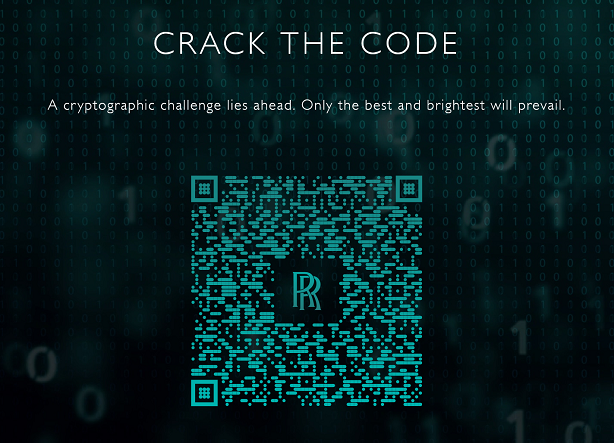 To proceed you need to scan the QR code with your smart phone. This will bring you to a page that asks you: “Can you crack the code?” If you click yes, it says:

Now entering the Kryptos Enigma.
Ahead of you lies a cryptographic challenge of epic proportions.
As you advance through the levels, the tasks will increase in difficulty.

After this introduction, you will see the following: 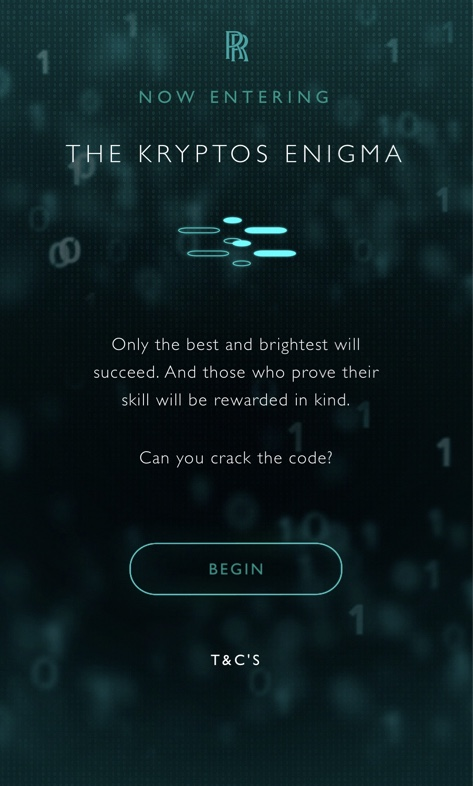 I have no idea what kind of reward will be granted to the solvers, but I’m afraid it’s not a Rolls-Royce.

Next, you enter level 1, titled The Labyrinth. To solve this challenge, you need to steer a ball through a maze on your smart phone. This is not very difficult. As soon as you have mastered the first labyrinth, a second (and larger) one appears, which is not particularly challenging, either. 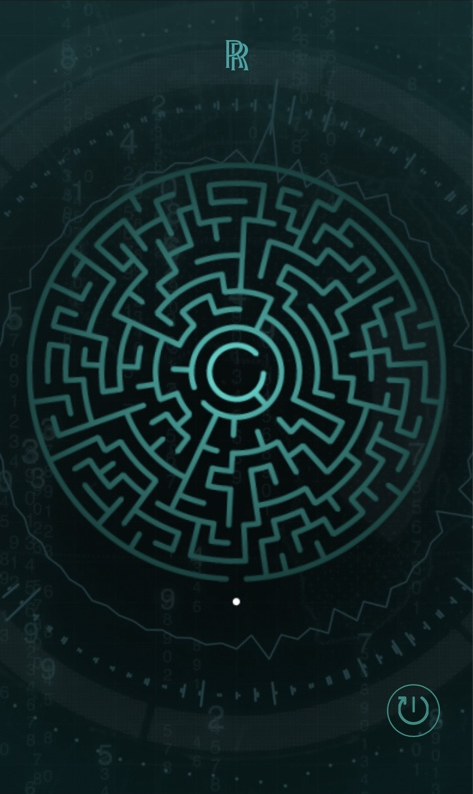 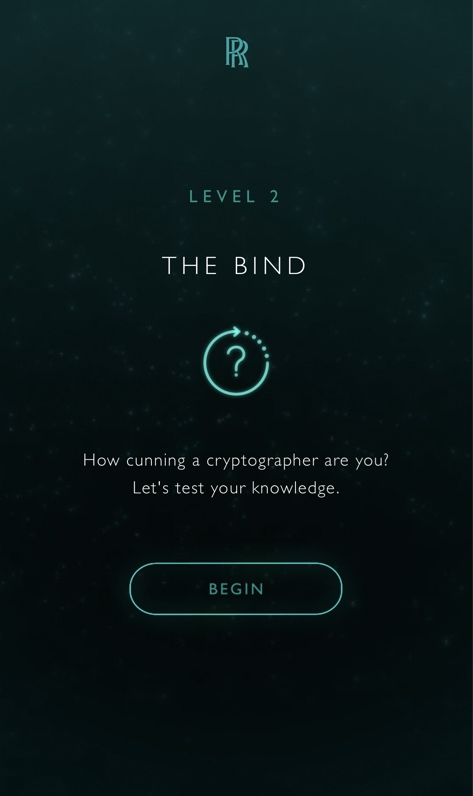 In level 2, they ask you four questions. While the first two are very simple, the third one appears to be more tricky. Your task is to decipher the following message:

It’s definitely not a Caesar cipher, and I couldn’t find a simple substitution (MASC) that makes sense. The cryptogram solver on Rumkins.com finds many matches, but none looks convincing. WRAITH KRYPTOS is a potential plaintext, as it consists of 13 letters, just like the ciphertext. Perhaps, a Vigenère cipher was used.

Finally, I decided to give up at this stage and leave it to my readers to further explore this game.

I you can get further than the second level of this game, please let us know.
Follow @KlausSchmeh