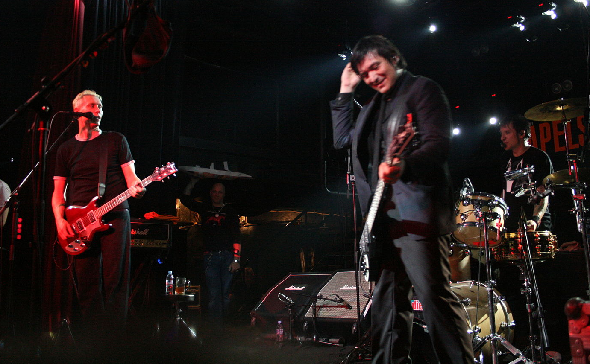 The German punk-rock band “Die Ärzte” has announced a new album. The song titles are currently published in an encrypted way.

I’m sure all German readers of this blog below 60 know the rock band Die Ärzte. Starting as a punk band in 1982, they soon changed from revolution to institution and became one of the most successful German music acts. Their  hits include “Westerland”, “Zu spät”, and “Junge”. Here’s a nice version of “Manchmal haben Frauen”, another one of their signature songs:

Much to the delight of crypto enthusiasts, Die Ärzte are currently advertising their new production with a series of encryption puzzles. This oncept isn’t new. Among the products that were launched with accompanying crypto challenges over the last years are a Rolls-Royce model, a Batman movie, a TV show, and a techno song – just to name a few.

In the case of Die Ärzte, the crypto puzzles refer to the song titles of their upcoming album, which have been kept secret so far. On the band’s website, a new title is revealed every day, like in an advent calendar, yet in an encrypted way. 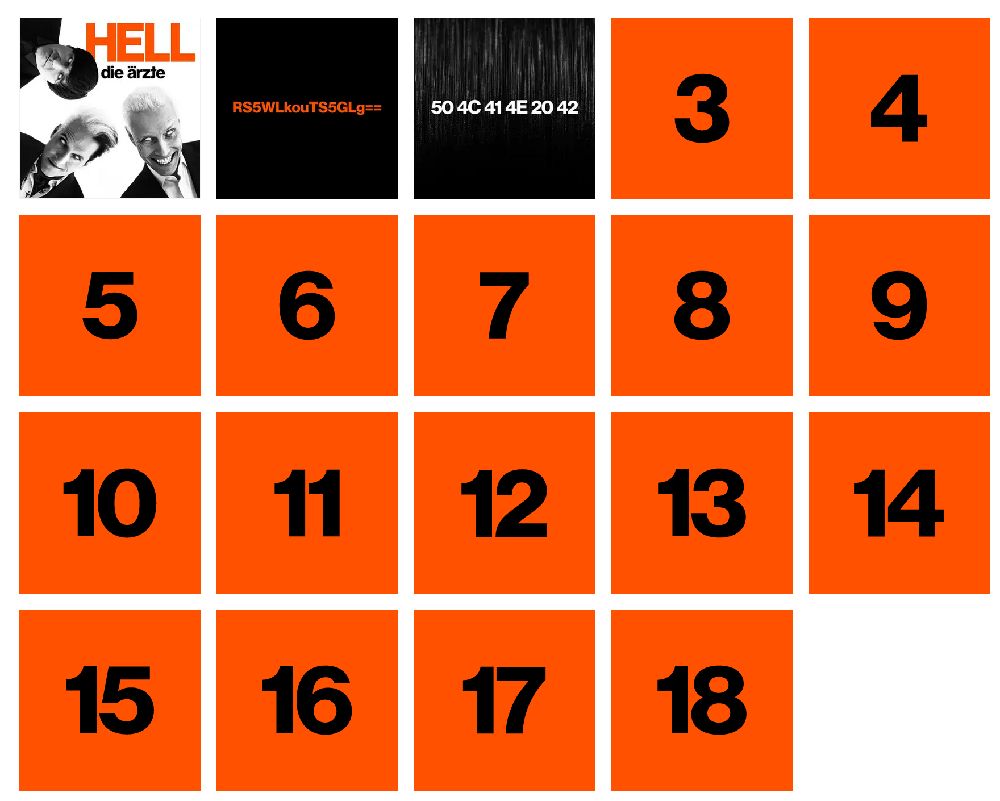 As of writing these lines, the first two song titles have shown up:

Can a reader decipher these?

Over the next weeks, Die Ärzte will publish 16 more encrypted song titles in the same way. I’m sure my readers will be able to solve some of these cryptograms.
Follow @KlausSchmeh