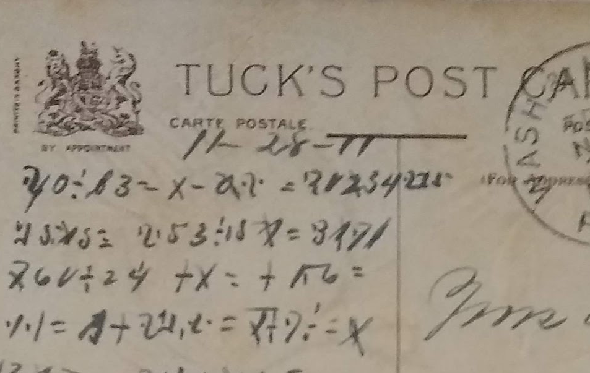 In the early 20th century, a young man sent encrypted postcards to his spouse. Can a reader decipher these?

As has been mentioned on this blog many times before, most encrypted postcards known today were sent by young men to their lovers. The three examples I’m going to introduce today are no exceptions. We know this because the sender of these postcards was the grand-father of their current owner, who recently published them on Reddit.

All three cards were sent from Washington, D.C., to a Miss A. L. Jones living in the town of Louisa, Virginia. Louisa is located about 150 kilometers to the south-west of the U.S. capital. 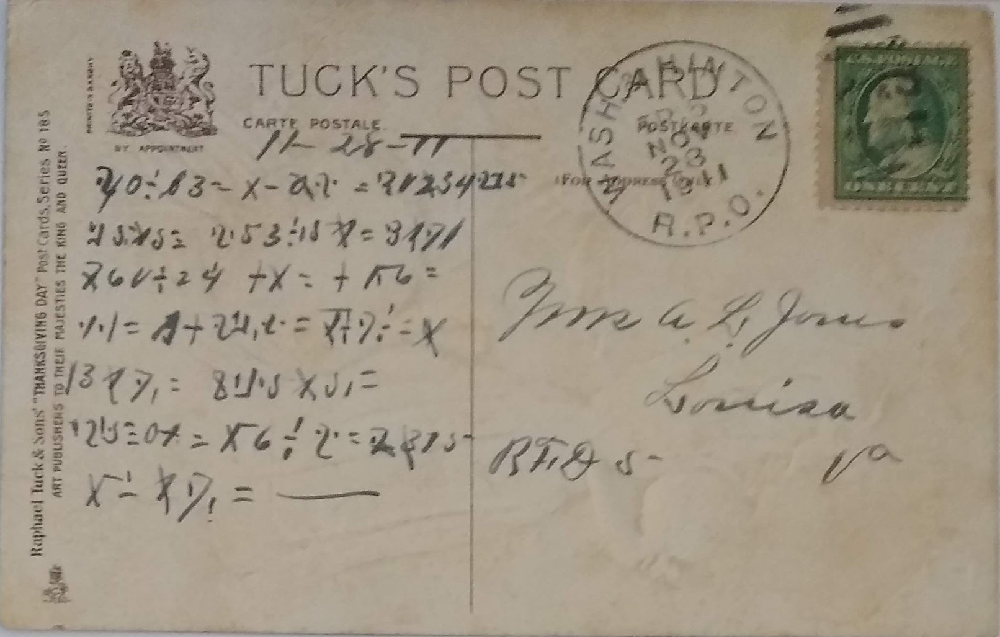 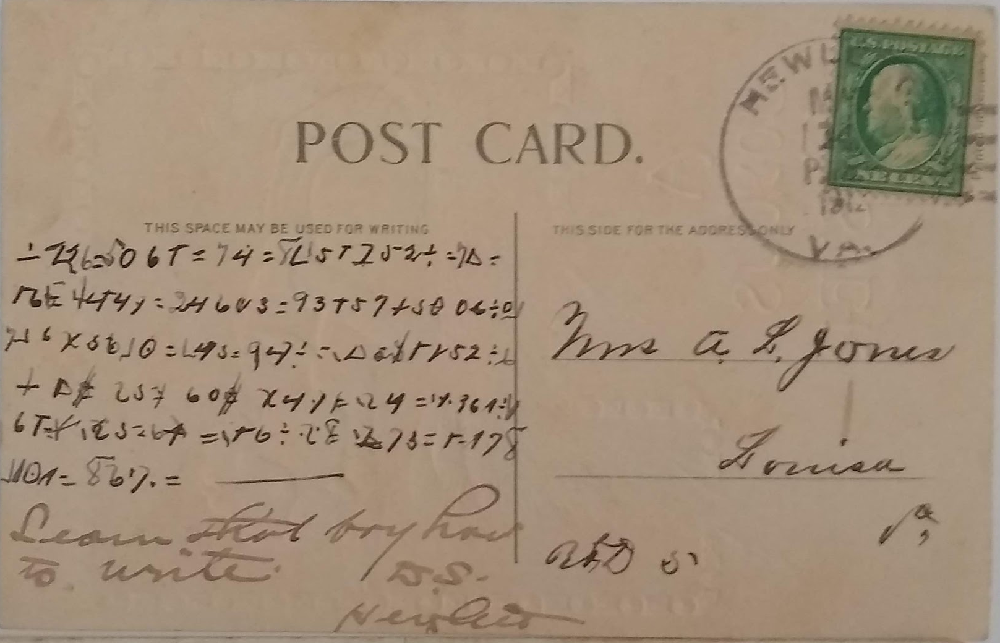 … was stamped in 1912. It contains a cleartext addition: “Learn boy how to write.” It is signed, but I can’t read the signature (something like “Heighu”). 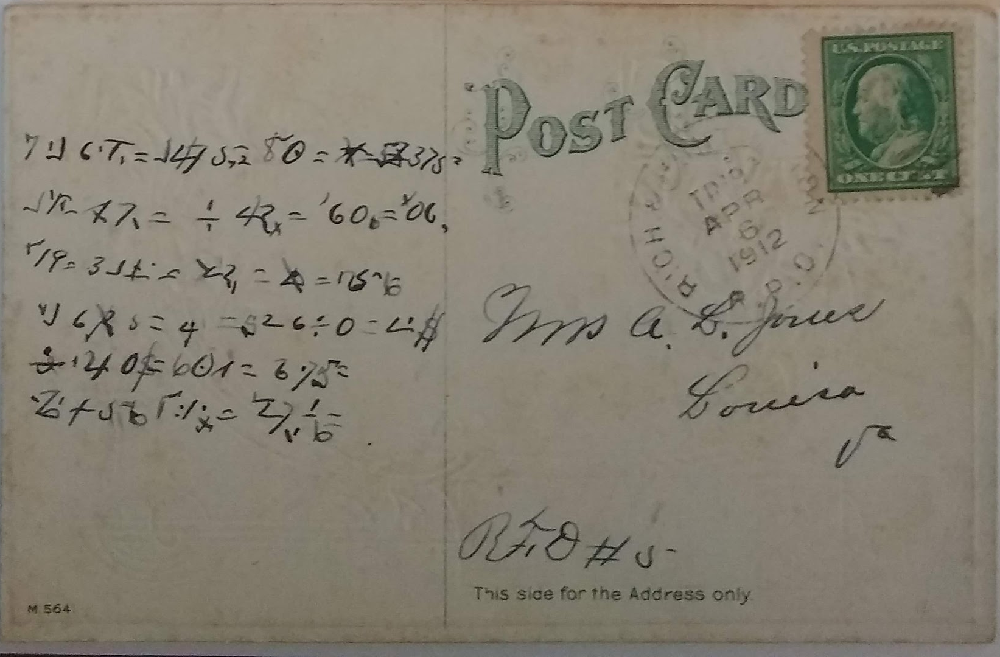 … was sent in April 1912. The message is not dated, and it contains no cleartext.

The encryption system used by the sender is probably a simple subtstiution cipher. The penmanship isn’t the best, which makes deciphering these messages more tricky than with other postcards of this kind.

Can a reader break these cryptograms anyway?
Follow @KlausSchmeh