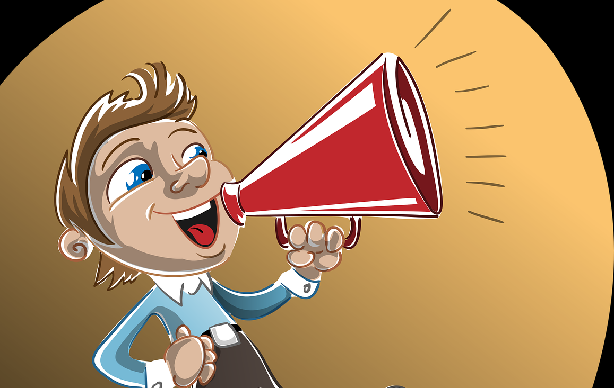 Here’s a selection of news related to cryptology and its history.

Over the last few weeks, my readers and other persons have informed me about interesting things that have happened in the world of crypto history. Some of these stories are worth being mentioned on this blog, but they won’t fill a whole article. So, I decided to dedicate today’s blog post to a list of news related to crypto and codebreaking without going into detail with any of these.

… and I will give an online presentation about famous unsolved cryptograms. The talk is hosted by the International Conference on Cryptologic History (ICCH). Here’s a presentation description:

There are many famous codes and ciphers still waiting to be solved, such as the encrypted Voynich manuscript and the cryptic messages from the infamous Zodiac Killer. All hold a special fascination. In this talk, the International Conference on Cryptologic History will be entertained and informed by Elonka Dunin and Klaus Schmeh (who also have a new book coming out later in 2020, “Codebreaking: A Practical Guide”), as we briefly discuss the encryption on Kryptos, the mysterious sculpture at the center of CIA Headquarters; an encrypted engraving on an early 20th century silver cigarette case; the mysterious art in London’s Cylob booklet; details about the message attached to the leg of a WWII carrier pigeon that was found a few years ago in an English chimney; messages showing up in bottles in the waterways of Hamburg, Germany; and the intriguing encrypted messages created by the mysterious Henry Debosnys while awaiting his murder trial in New York in the late 1800s.

If you want to watch this webinar, send me a mail and I will provide you the participation link.

Frank Schwellinger, author of Warum gibt es kein Bier auf Hawaii? (“Why is there no beer on Hawaii?”) and creator of the Ivory Coast cryptogram, has made me aware of a treasure-hunt game that took place in 1994. It was organized by the Langenscheidt publishing company in order to advertise a German-English-dictionary. One of the many puzzles that had to be solved is the following cryptogram:

The cipher used is a little more complex than a simple substitution, but it’s still breakable. The solution is provided on the linked website.

Kahn and Diffie inducted to Hall of Honor 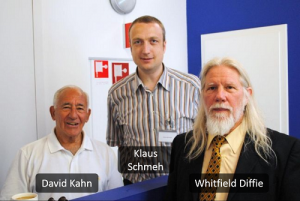 … have been inducted into the NSA/CSS Cryptologic Hall of Honor. Congratulations!

As far as I know, only Americans are eligible for this elitist group. So, my chances to also become a member are zero, even in the unlikely event that my next book is going to be as successful as David’s The Codebreakers.

Like every year, the Karlsruher IT-Sicherheitsinitiative and the Pädagogische Hochschule Karlsruhe are hosting an advent crypto game for children and young people: Krypto im Advent. From December 1-24, there will be a crypto-challenge every day. The winners will be awarded prizes such as gift certificates, board games, and technical toys. The language of the website is German.

If the aforementioned advent puzzles are not challenging enough for you or if you’re too old to participate or if you don’t speak German, try the International Olympiad in Cryptography (thanks to Eugen Antal for the hint).

Here’s a 2014 article about calligraphy and shorthand published on the blog The Local Yarn. It mentions the Codex Seraphianus and an old Scotish book. Apparently, the table of content of this tome is encrypted. I wonder if the rest of the book is encrypted, too. Does a reader know if this is the case?

As a reader of this blog, you might already know Nils Kopal’s highly recommendable CrypTool YouTube channel. Meanwhile, this program features over 60 videos about cryptology, crypto history and codebreaking. For instance, Nils explains how two encrypted postcards from 1907 are broken – both of these cards have been covered on this blog. The latest video is about breaking a DES-encrypted message with distributed computing.

Jozef Krajčovič from Slovakia has encountered a short, but interesting newspaper article from 1939. Here’s an English translation of it:

A young Danish named Helgermhansen invented a machine called a cryptograph, with which one can find the key to each secret cipher. The Danish Ministry of War is studying the machine. The sale of a patent abroad was prohibited.

If you know anything about the background of this miraculous device, please let me or Jozef know.

There’s another interesting press report Jozef Krajčovič recently introduced on his blog. I will write a separate post about this story in the near future.
Follow @KlausSchmeh

Further reading: A page from an encrypted diary written by an unknown woman