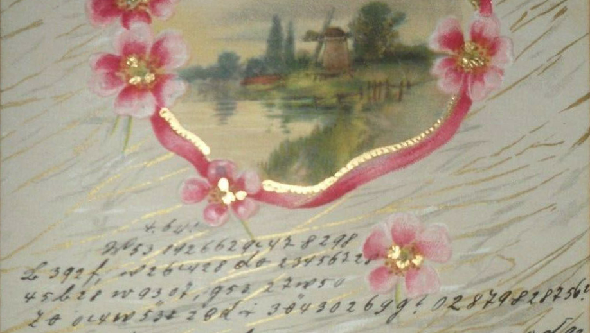 In 1902, a female aristocrat living near Bayreuth, Germany, received an encrypted postcard. Can a reader decipher it?

Thanks to Richard Brisson, who watched my ICCH presentation about unsolved cryptograms last Saturday, I found a nice encrypted postcard on eBay. Only a few minutes after I first looked at the page, the card sold at 38,48 Euros. I don’t know who purchased it, but I’m sure the buyer will be interested in learning about the plaintext. I’m optimistic that my readers will find it even before the card has reached its new owner.

As can be seen on the address side, … 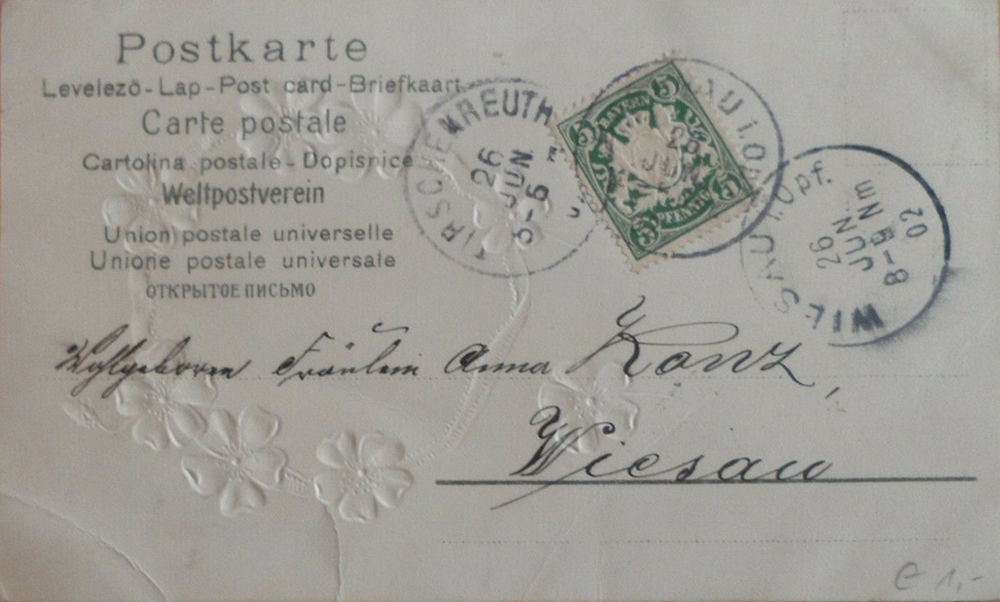 … the card was written in 1902. The receiver was a woman named Anna Konz, living in Wiesau near Bayreuth, Germany. The title “Fräulein” indicates that Anna Konz was not married, while “Wohlgeboren” is a form of address for the lowest ranks of German nobility. Like most encrypted postcards, this one appears to have been sent from a young man to his lover.

Let’s now look at the message: 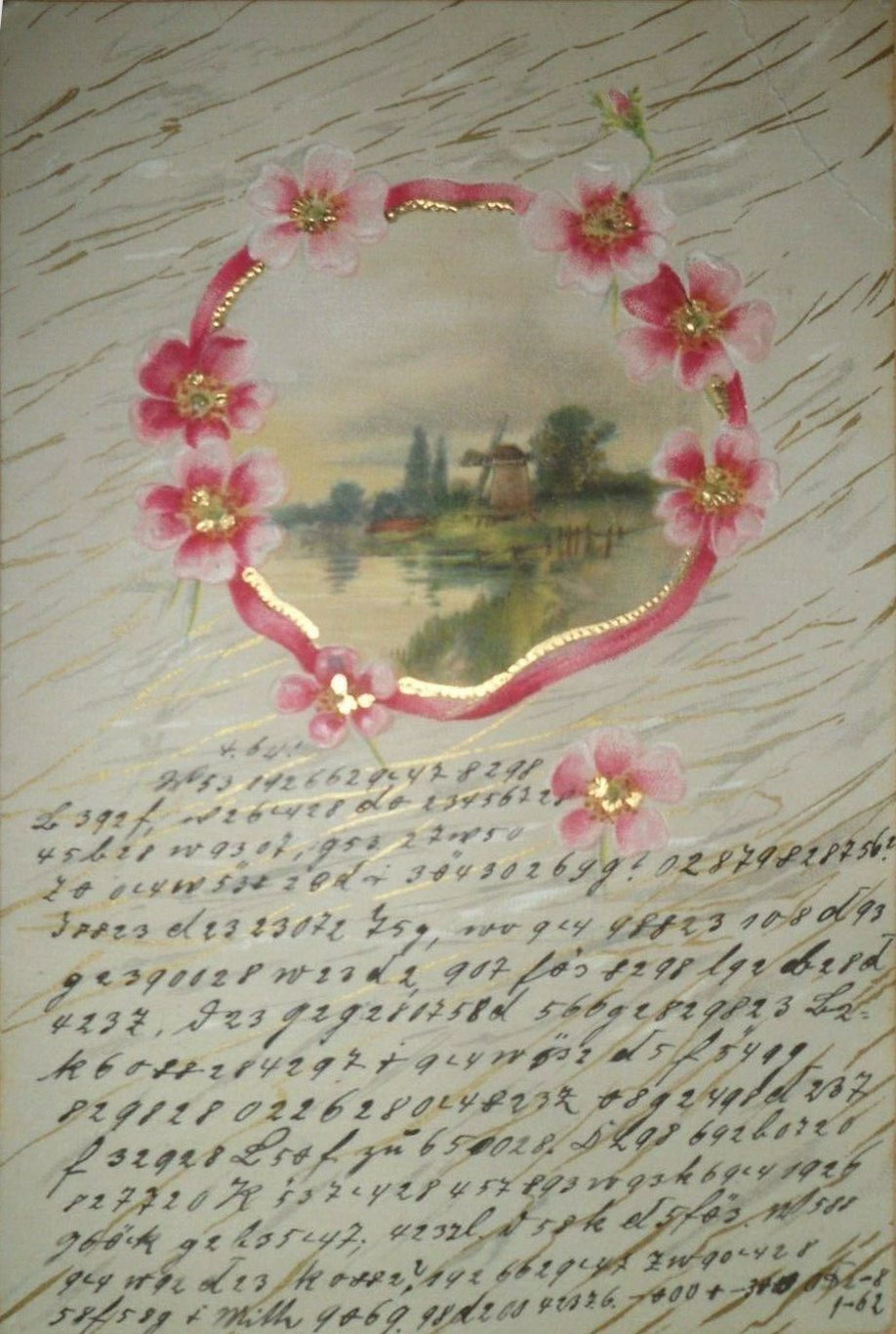 I don’t know how the encryption system employed here might work. The digits from 0 to 9, which make most of the text, are not sufficient to encode the letters from A to Z. Do they have to be read in pairs? I doubt it, as many of the character blocks have an uneven number of digits.

Can a reader find out what kind of encryption system was used here? Or can somebody even decipher this message? If so, the new owner of this card, as well as many readers of this blog, would certainly be interested to learn about it.
Follow @KlausSchmeh