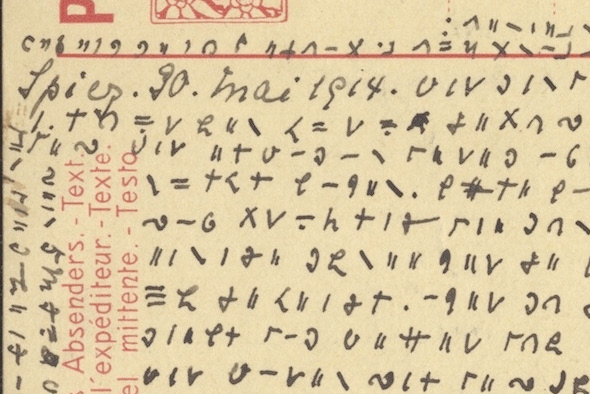 In 1931, a woman from Bonn, Germany, received an encrypted postcard from Switzerland. Can a reader break this cryptogram?

When I’m blogging about an encrypted postcard, this often requires taking a geography lesson. The postcards I have covered on this blog in recent years have been sent from or to places such as France, Austria, California, Ohio and all parts of Germany – just to name a few. Apparently, encrypted postcards used to be popular virtually everywhere.

A postcard from Spiez

The postcard I am going to introduce today is an exception (many thanks to Thomas Bosbach, who found this card on the website of mk-manuscripts). It was written from Spiez, Switzerland, to Bonn, Germany. 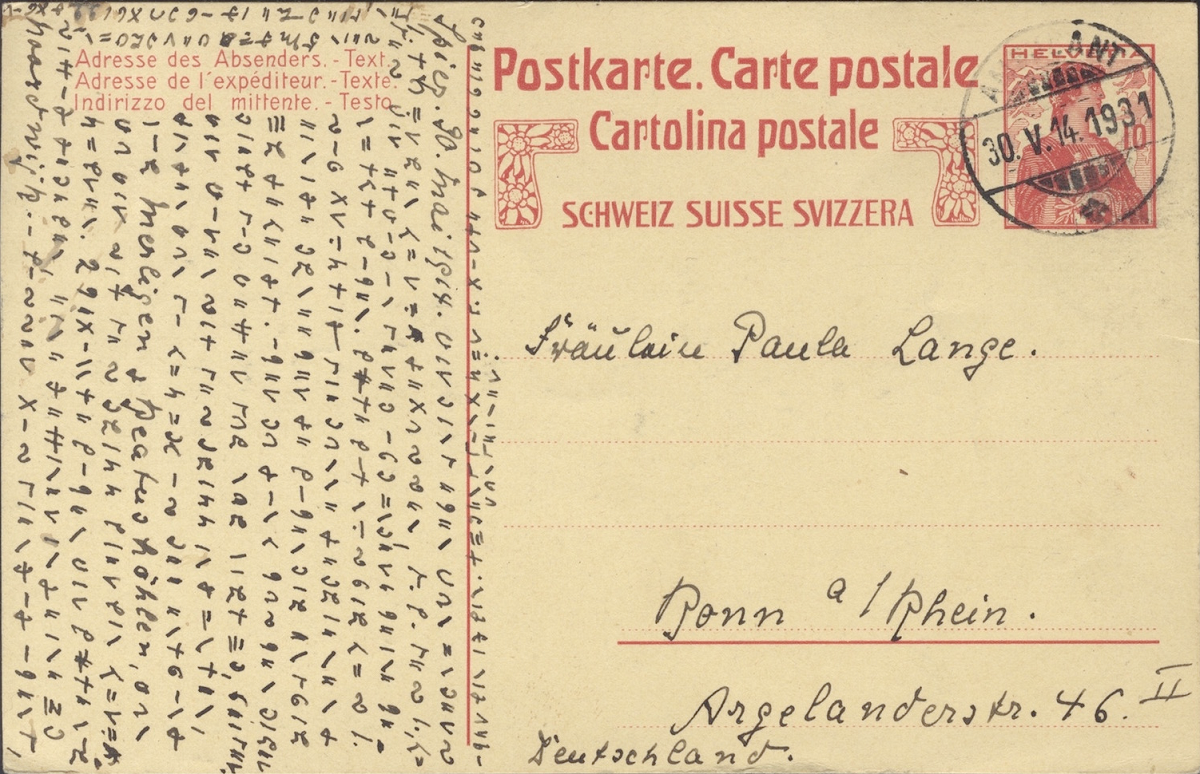 As Bonn was the (West) German capital from 1949 to 1999, one needs not be a geography genius to know where this city is located. Switzerland is quite familiar to me, too, as I grew up only about 70 kilometers from the Swiss border.

And then, every German soccer fan knows the town of Spiez, Switzerland. The Hotel Belvédère in Spiez accommodated the German national team during the 1954 World Cup held in Switzerland. “The Spirit of Spiez”, which developed among the players and their coach Sepp Herberger, is still legendary. It is regarded an important factor that helped the Germans win their first soccer world championship (“The Miracle of Bern”).

The stamp on the postcard shows a place starting with AM and ending with ANT. Unfortunately, I can’t read the rest. As it seems, my knowledge of Swiss geography is not sufficient to find out which town this is.

As can be seen, the year mentioned on the stamp is 1931. To my surprise, the message on the card is dated 1914. I have no idea why this is the case (it seems unlikely that this note was written in 1914 and mailed 17 years later). As, in my view, a stamp is more reliable than a hand-written date, I assume that the card was written in 1931.

The recipient of the card was an unmarried woman named Paula Lange. Like most other encrypted postcards, this one was probably sent by a young man to his lover. 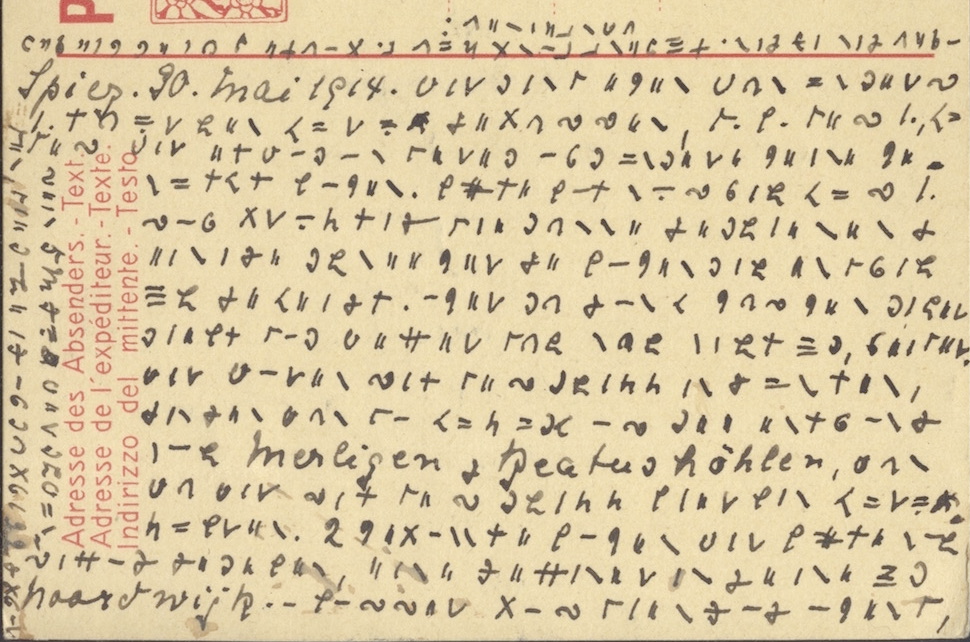 The rest of the message is encrypted. Can a reader decipher it?
Follow @KlausSchmeh

Further reading: A postcard with an abbreviated message