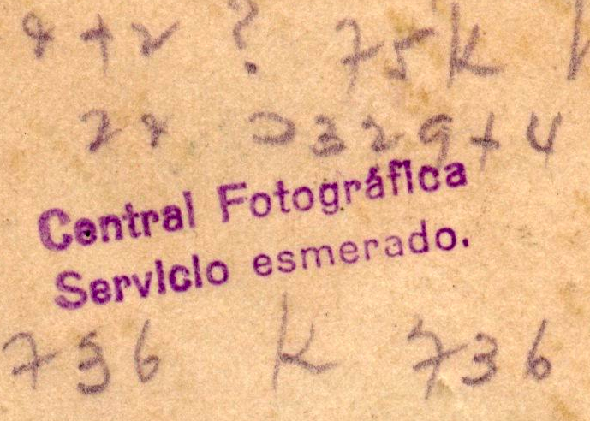 An encrypted message, created probably in 1932, has been found on the back of a photograph. Can a reader decipher it?

Once again, I have found an interesting unsolved cryptogram on Reddit. And once again, I have almost no information on the background of this cipher mystery. It still seems to be unknown to Reddit users that knowing about the creation time, the place where it was found, and the potential languange of an encrypted message may be helpful for a codebreaker.

A message from Spain? 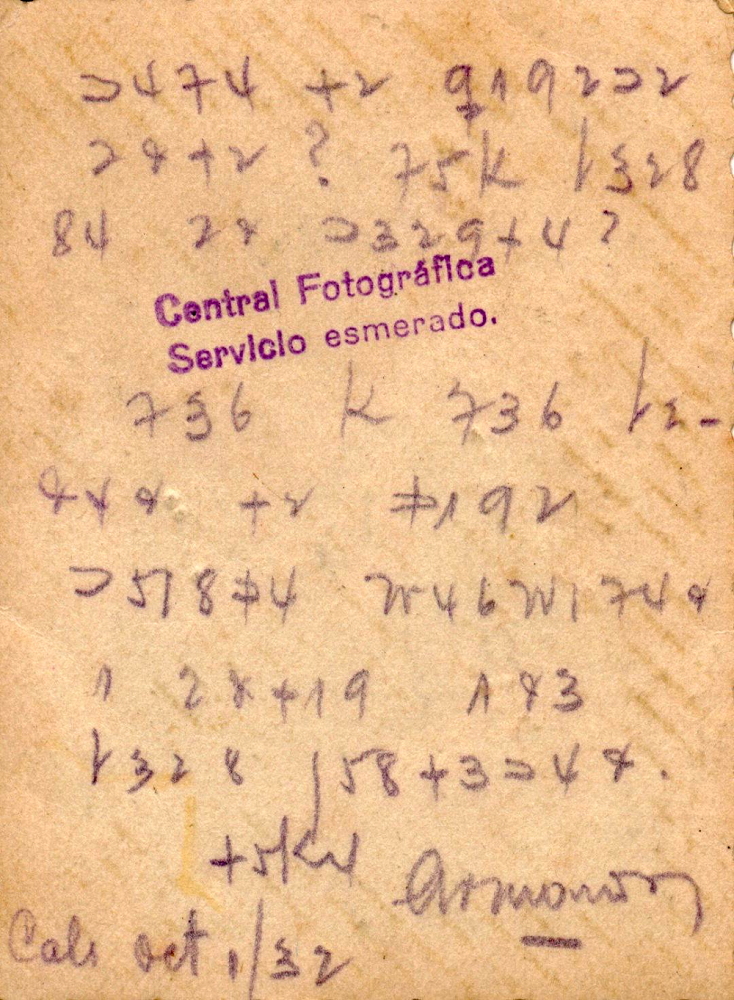 All masyuri let’s us know about this ciphertext is the following:

Anyone have any idea what this could be? I found this on the back of some old family pictures.

What do we know about the background?

The post says nothing about the origin of this message. The stamp, which shows the words “Central Fotográfica Servicio esmerada”, indicates that the picture was taken in a Spanish-speaking country. However, the question marks included don’t look the way I would expect it in a Spanish text (¿?).

The message contains a few cleartext words. I read them as “Armoury Cali Oct 1/32”. Does this mean that the message is dated October 1, 1932?

The encryption method used is probably a simple substitution cipher. Usually, a message encrypted in such a system is easy to solve, but in this case the message is not particularly long and the language is unclear.

Can a reader decipher this note written on the back of a photograph anyway?
Follow @KlausSchmeh

Further reading: Can you make sense of these encrypted (?) messages