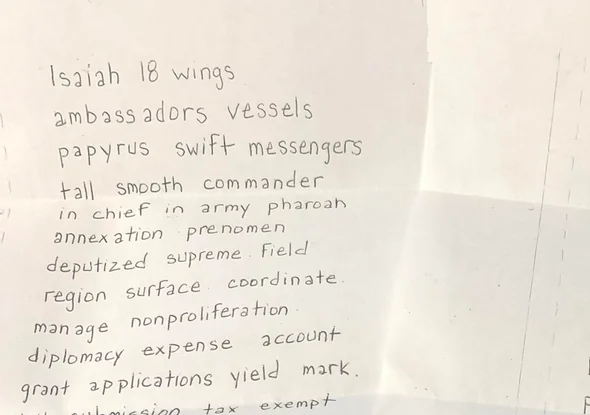 A US radio station and a US non-profit organisation have received letters that look like code messages. Can a reader decipher them?

Thomas Bosbach, who is known as a great codebreaker to the readers of this blog, has drawn my attention to two cryptograms discussed on Reddit.

A message sent to a radio station

The first one was posted by a Reddit user named chlo3k. Like so often on Reddit, not much background information is available. Almost everything the poster lets us know is contained in the headline: “Sent via mail, no return address, postmarked from Vegas to my college’s radio station. We’ve never received anything like this before.” The message is reproduced in the following. 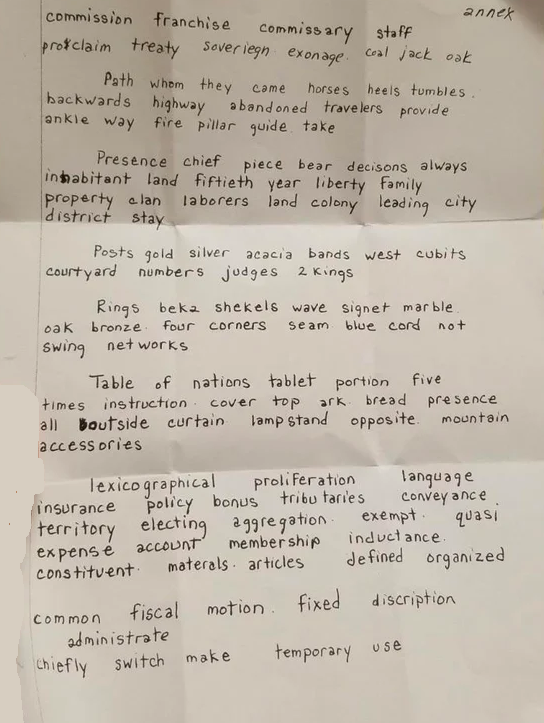 The poster provided the following transcription:

A message sent to a non-profit organisation

At about the same time, a user named snowydeschanel published a similar cryptogram on Reddit. He wrote: “I work for a non-profit that provides networking and educational opportunities for attorneys. We were sent this letter a few days ago. No return address.” 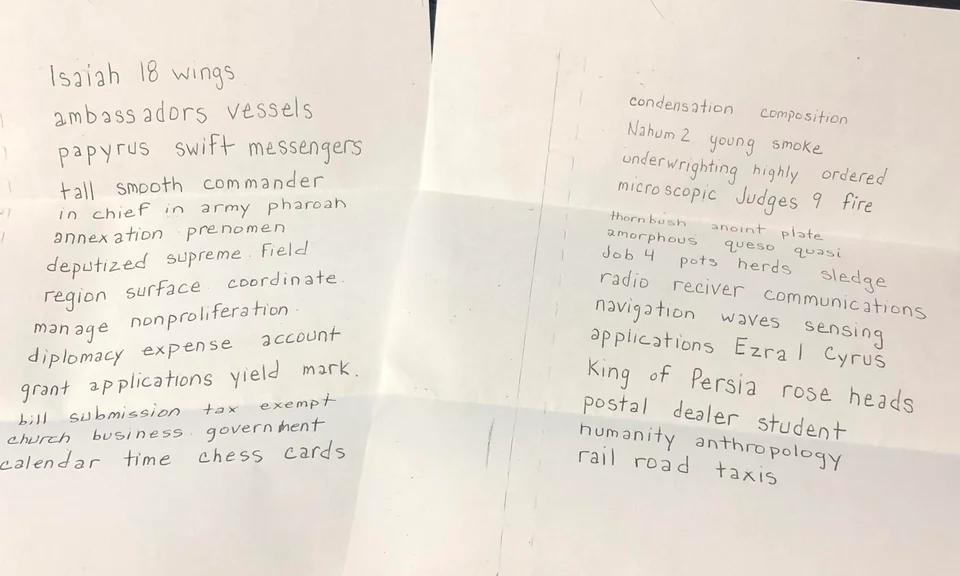 The following transcription is provided:

What do these messages mean?

Were both notes written by the same person? In my view, this is very likely. At least, the hand-writings look very similar.

The content of the messages is similar, too. Both consist of meaningful English words (except for the last line of the second message), which do not assemble to meaningful sentences. This is typical for messages encrypted with a codebook that uses meaningful words as codewords. The most widely known ciphertext of this kind is the silk dress cryptogram, an unsolved crypto mystery from around 1900: 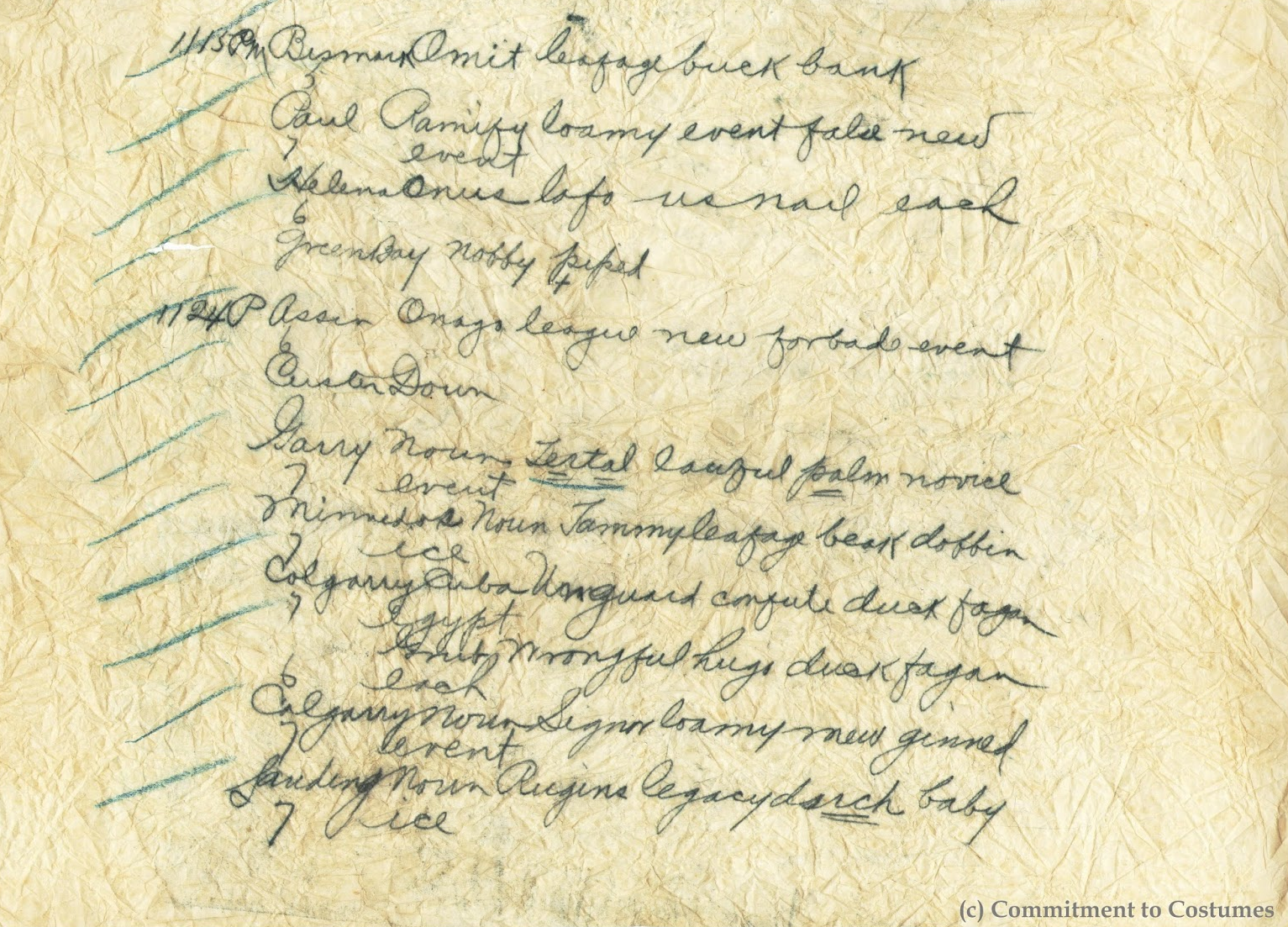 Commitment to Costumes, used with permission

While codebook codes were quite popular until the middle of the 20th century, they are hardly used any more today. So, it would be quite a surprise to encounter a message of this kind in a letter written in 2019.

What else could it be? Some modern crypto programs use meaningful words to display hash values (this avoids the user having to deal with hexadecimal numbers). The product GreenShield Mail by my employer cryptovision is an example. Here’s a screenshot: 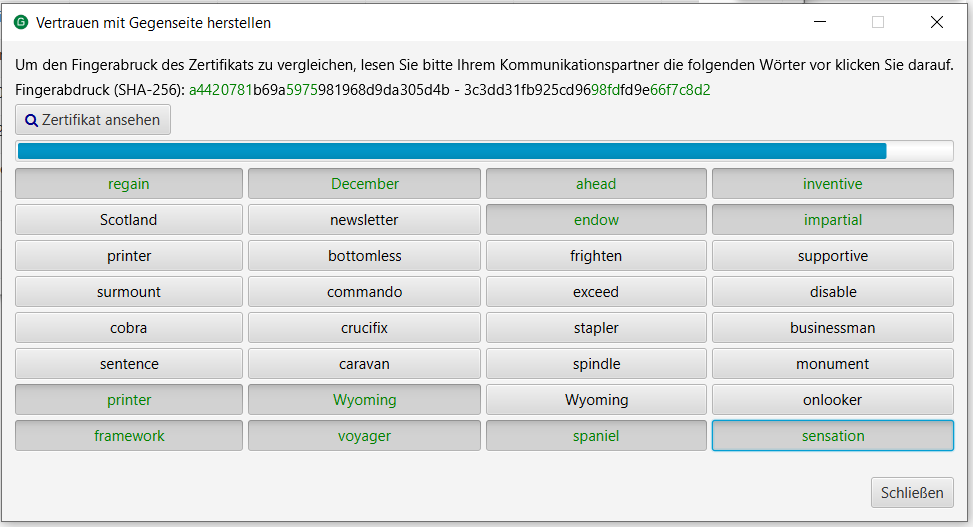 While such a user-friendly hash-value representation looks similar as the two messages were are dealing with, I see no reason why somebody would write something like this in an anonymous letter.

Does a reader have a better explanation? Can somebody decipher the two messages? Please let me know.
Follow @KlausSchmeh