StartseiteCipherbrainA scramble that the Spanish police could not solve 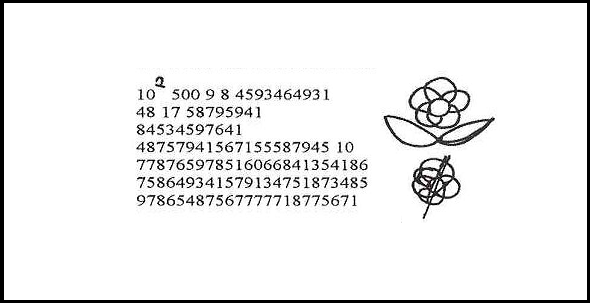 A scramble that the Spanish police could not solve

In 1998, the German cult leader Heide Fittkau-Garthe was arrested in Tenerife. A coded message she wrote has not been solved to this day. Can my readers help?

Unsolved ciphers related to a possible crime are among the most popular topics on Cipherbrain. Andre Van Moer from Belgium has now brought to my attention a case that fits into this category and that I did not know yet.

It is about the German psychologist Heide Fittkau-Garthe (born 1941), who led a Hindu sect on the island of Tenerife in the nineties. In 1998, this group hit the headlines when it allegedly planned a mass suicide, which did not take place, however, because Fittkau-Garthe was arrested shortly before. She and her followers denied that they had intended to commit suicide.

In Germany, among others, the “Spiegel” reported on this story. Unfortunately, I do not know of an English-language article.

From the time after 1998 there is hardly any information about Heide Fittkau-Garthe on the Internet. It is also not clear to me whether she was ever convicted. Maybe a reader knows more.

According to Andre Van Moer, Fittkau-Garthe left a possibly encrypted message. Andre got this information from the Spanish criminologist Félix M. Ríos. The message looks like this: 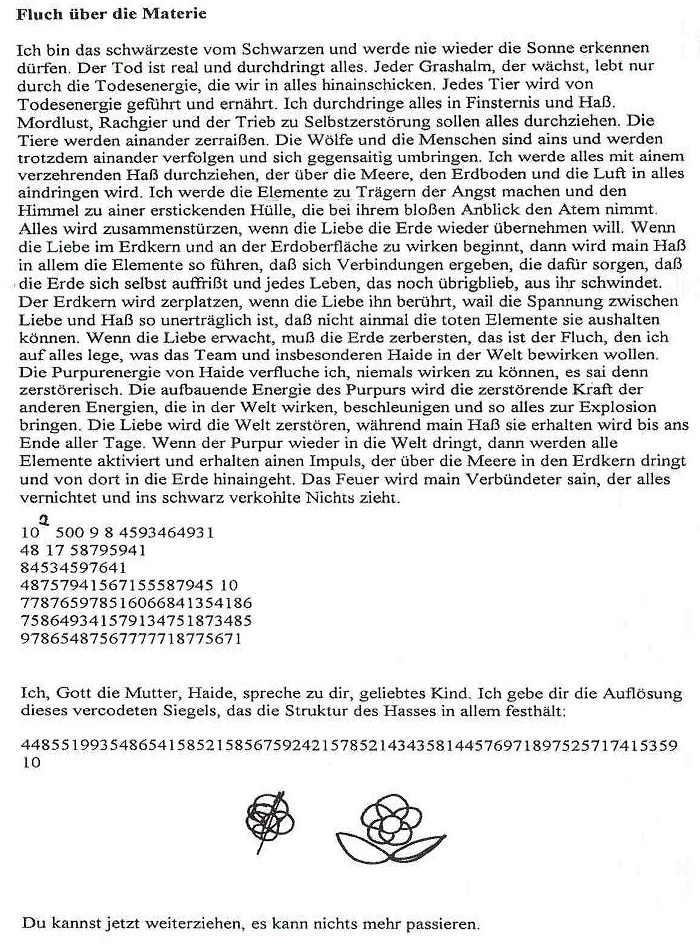 As you can see, most of the text is uncoded. In the lower part, however, there are two columns of numbers whose meaning is unclear. They could be encrypted messages, but it is also conceivable that the numbers have no meaning.

According to Andre, the Spanish police has already tried this cryptogram, but without success.

Here is a transcription of the lower part, which Andre made available to me:

The number “2” above the first number line probably just means that there should be two spaces here.

What did Mrs. Fittkau-Garthe put down on paper here? Do the numbers have to be read in pairs and does each pair stand for a letter? This approach does not seem to work here.

Or is it a book cipher or a dictionary code? That doesn’t really fit here either.

I don’t believe in a codebook or nomenclator either.

Does any reader have a better idea?