StartseiteCipherbrainGraffiti encryption solved: Did the creator give himself away? 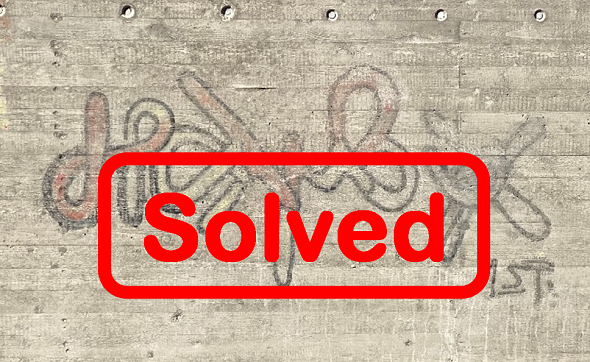 Graffiti encryption solved: Did the creator give himself away?

The day before yesterday I blogged about a scrambled graffiti on a water reservoir. Thanks to tips from my readers, today I can present not only a solution, but also an extremely astonishing background story.

Last Saturday, the weather was glorious. I took the opportunity to go jogging. I started in Wellendingen near Rottweil (Baden-Württemberg) and ran to the 275-metre high Thyssenkrupp test tower, which looked particularly impressive against the bright blue sky. 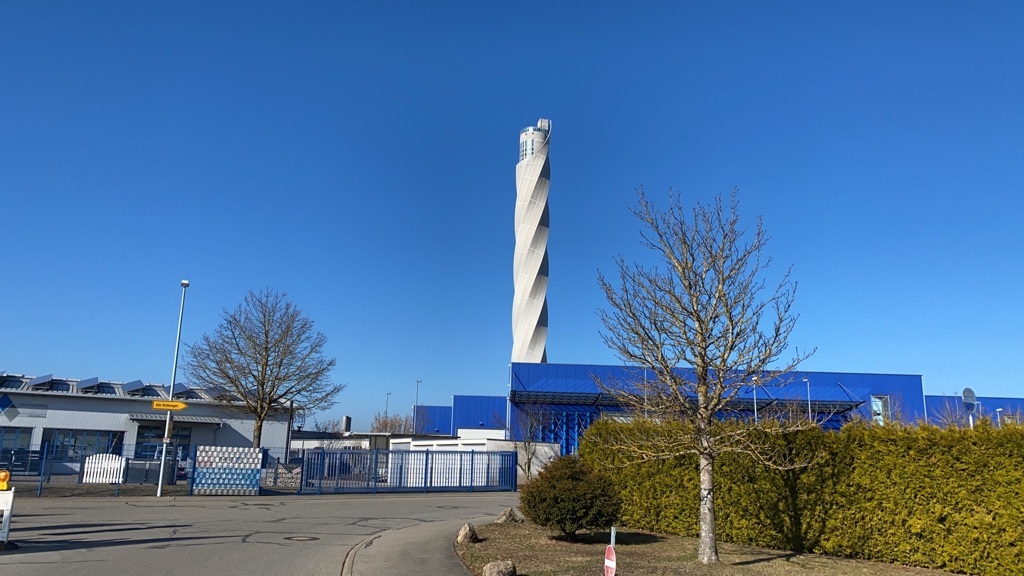 Unexpectedly, however, another structure I passed that day proved to be much more interesting: a water reservoir located near Rottweil. 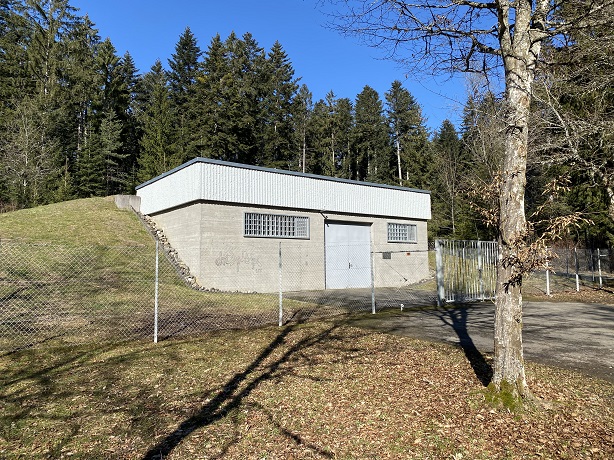 Before I return to the topic at hand, I would like to mention that Web.de has published an article about the Zodiac killer in which I am quoted several times. Cipherbrain readers Dave Oranchak and Jarl Van Eycke are also mentioned.

In addition, several other readers have published interesting articles:

But back to the aforementioned water reservoir. Although I have passed this reservoir many times, I have never noticed that there is graffiti on its wall. And it is probably already a few years old. 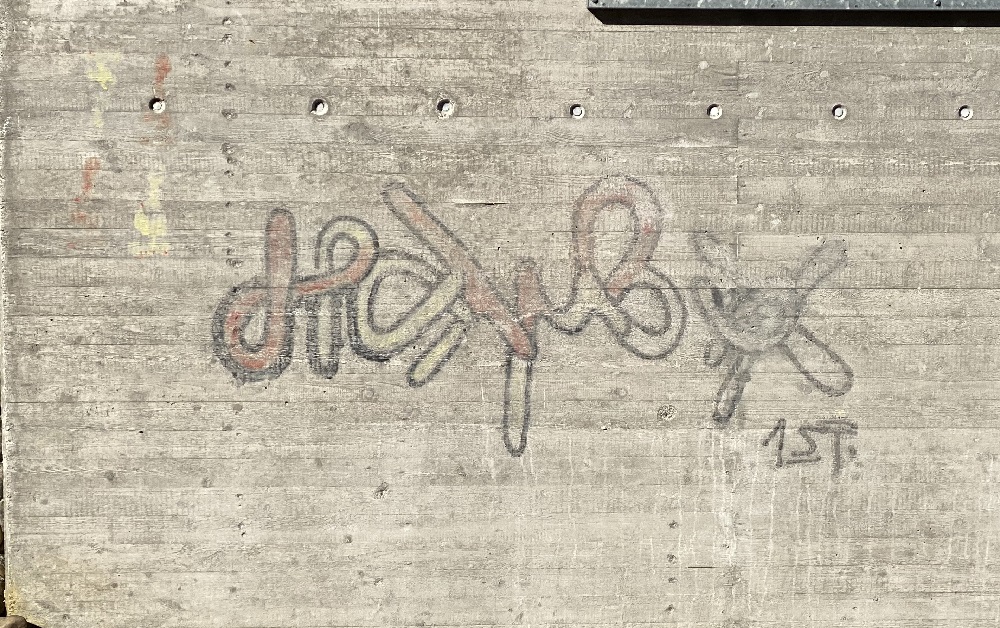 Last Saturday I noticed this lettering for the first time and photographed it immediately. Although the symbols look like encryption, the topic seemed too unimportant for a blog article at first. Later, I had the idea to include the graffiti in an article mainly about the encrypted inscription of Barga – in the broadest sense a graffiti of the Middle Ages. I didn’t expect too much from the water reservoir story, though.

But then things got exciting. Blog reader Marcel wrote in a comment that the seven graffiti symbols are Greek letters that can be read as KALMBACH: Kappa, Alpha, Lambda, My, Beta, Alpha, Chi.

This plain text did not seem particularly spectacular to me at first, because as far as I know there is no place or body of water called “Kalmbach” in the area in question.

But then I received another reader’s reference. This referred to the only inhabited building that exists in the area of the water reservoir. It is a former brickyard where a couple now offers various pet-related services. This couple is called Kalmbach.

But that’s not all: the family also includes the artist Simon Kalmbach, who should be about 26 years old today. Here is a newspaper article about him. Simon Kalmbach must have studied art in Berlin in recent years. I couldn’t find out more about him.

A graffiti by Simon Kalmbach?

Now I don’t want to imply anything, but according to the state of affairs the following question must be allowed: Does the graffiti on the water reservoir come from Simon Kalmbach? It would not be particularly wise to leave his name behind in such a forbidden action, but the inscription is, after all, encoded. And who would expect such graffiti to be analysed at some point by leading code breakers?

Unfortunately, I don’t know Simon Kalmbach’s e-mail address. Perhaps he can get in touch and comment on this. In terms of criminal law, the spraying is probably already time-barred.