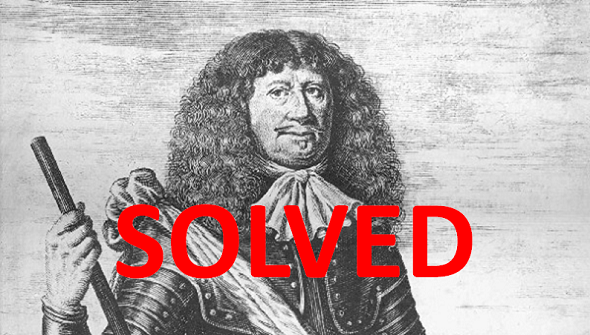 Five years ago, I first blogged about a coded letter sent by Carl von Rabenhaupt during the Thirty Years’ War. Blog reader Eugen Antal has now solved it together with two colleagues.

Carl von Rabenhaupt (1602-1675) was a nobleman and officer who did not secure a place in the history books until he was 72 years old. After gaining military experience in the Thirty Years’ War (1618-1648), he hired himself out as an army commander of the Dutch city of Groningen in 1672. When the city was besieged by the Prince-Bishop of Münster a few weeks later, Rabenhaupt was called upon. Under his leadership, Groningen was successfully defended, which made him a national hero. 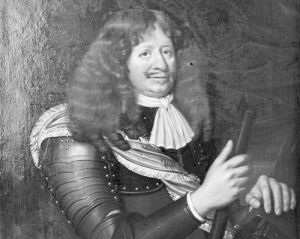 In 2016, the Slovak computer scientist and crypto-historian Eugen Antal told me at the Historic Ciphers Colloquium in Kassel about an encrypted letter from Rabenhaupt. This letter dates from 1646, the final phase of the Thirty Years’ War, and is now stored in a Czech archive.

Strictly speaking, there are two letters, but only one is encoded (and only partially). It is correspondence between Carl von Rabenhaupt and Amalie Elisabeth of Hesse-Kassel. According to Eugen Antal, the letters were intercepted in Arnsberg and never delivered. Here is the partially encoded letter: 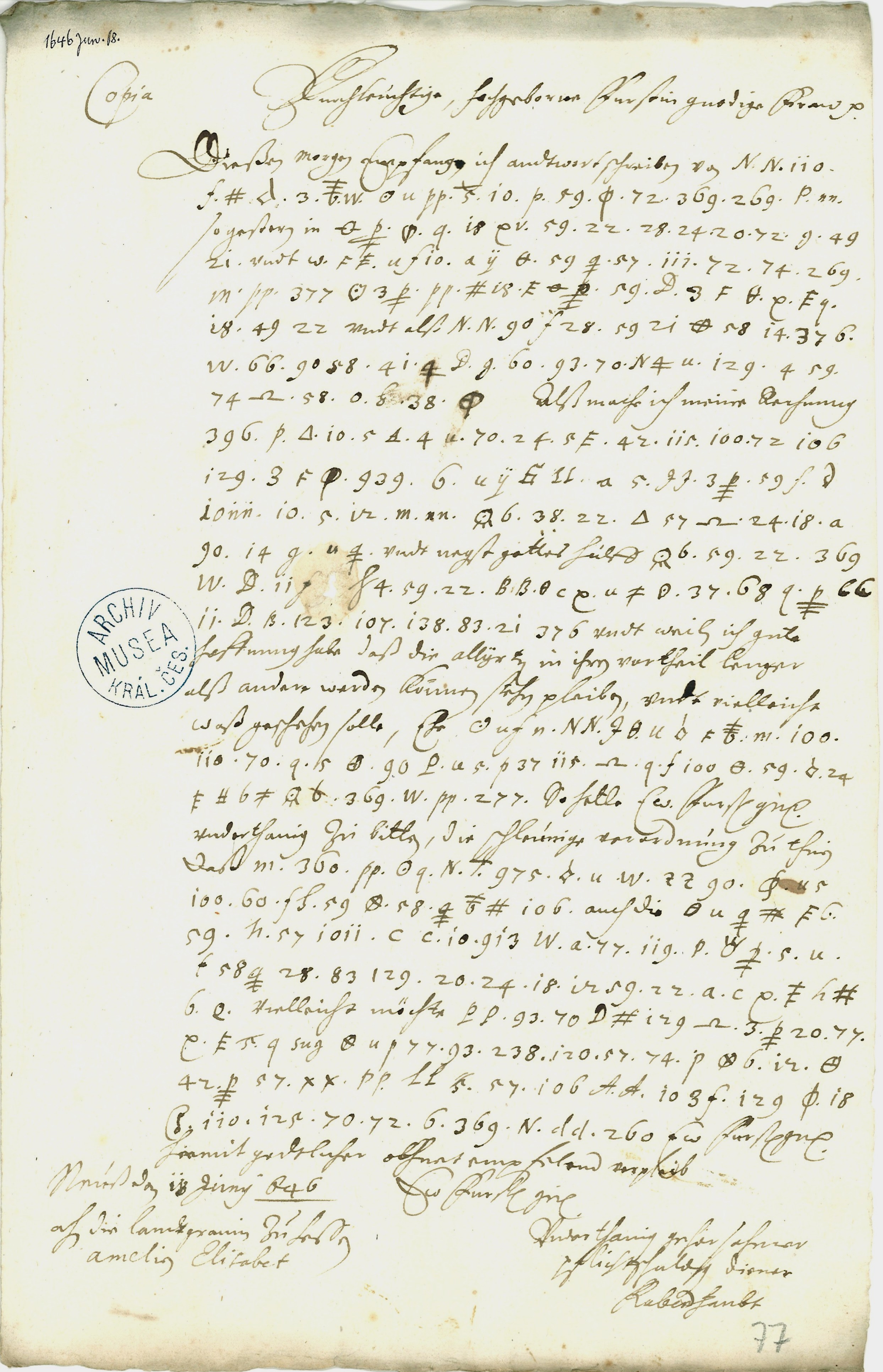 And here is the unencrypted letter: 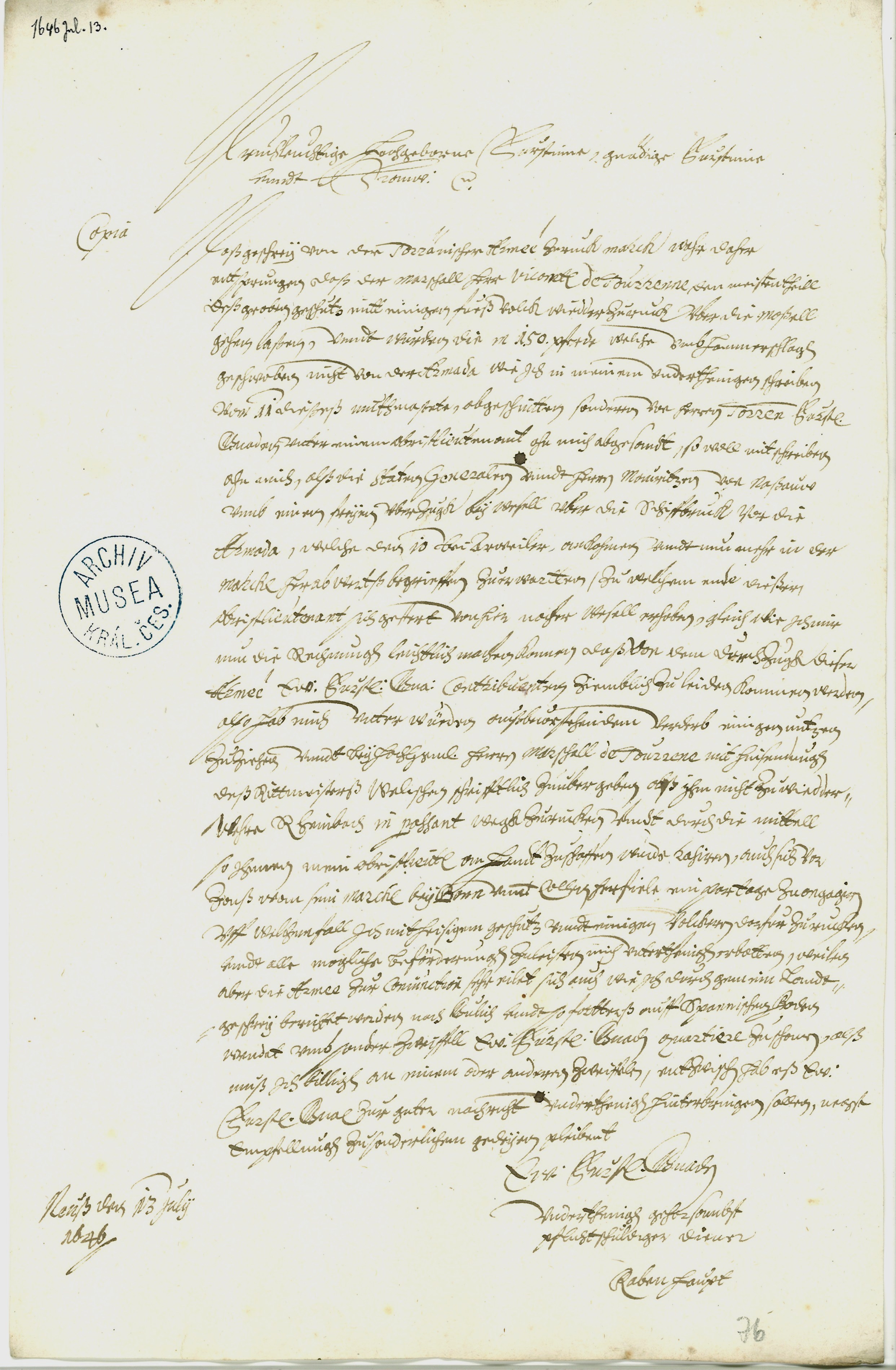 The many numbers (e.g. 20, 24, 129) that appear in the ciphertext indicate that von Rabenhaupt used a nomenclator for encryption. A nomenclator is a table that assigns a number or a string or a symbol to each letter of the alphabet and also to some words.

I first blogged about the Rabenhaupt cryptogram in 2016, and a second time just over a year ago. My readers provided over 40 clues. The numerous comments by Thomas Ernst were particularly helpful. As a philologist, Thomas Ernst is able to read old texts and classify them historically – a skill that a computer scientist like me unfortunately lacks.

Despite all this, I did not succeed in deciphering Rabenhaupt’s letter at first. So the Rabenhaupt cryptogram became a cryptographic cold case.

The following picture shows Eugen and me at the HistoCrypt 2018 in Uppsala, where we of course also talked about this topic, but unfortunately did not get anywhere. 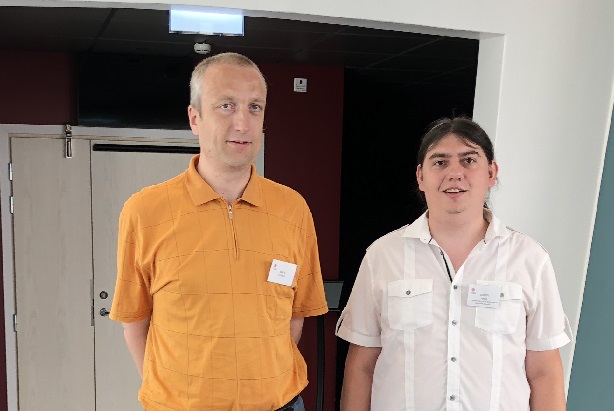 Already some months ago Eugen Antal informed me that he had solved the Rabenhaupt cryptogram. However, I was not allowed to blog about this great news at first, because Eugen had submitted a paper on this topic for the HistoCrypt 2021. This event did not take place, but a conference volume was produced anyway. This was published last week. It includes the paper in which Eugen Antal, together with Pavol Zajac and Jakub Mírka, describes the solution of the Rabenhaupt cryptogram. So the cat is out of the bag and I can report about it on Cipherbrain.

As readers of this blog surely know, there is often only one realistic way to decipher a nomenclator- or codebook-encrypted text: by finding the nomenclator or codebook. This is exactly what Eugen and his colleagues managed to do in this case.

As one can read in the paper in question, Eugen and his co-authors researched the Hessian State Archives in Marburg, where there are extensive records on Rabenhaupt. But they did not find any nomenclators there at first.

Then, however, my blog came to the aid of the three scientists. After my Rabenhaupt article of 2020, blog reader Thomas Bosbach wrote in a comment that there are cipher documents in the collection “HSTaM 4d” of the Hessian State Archives in Marburg. Eugen and his colleagues had overlooked this collection until then.

Thomas’s tip proved to be a bull’s eye. Among the numerous nomenclators in the said collection, three matched (these differed only slightly from each other). The following picture shows one of them: 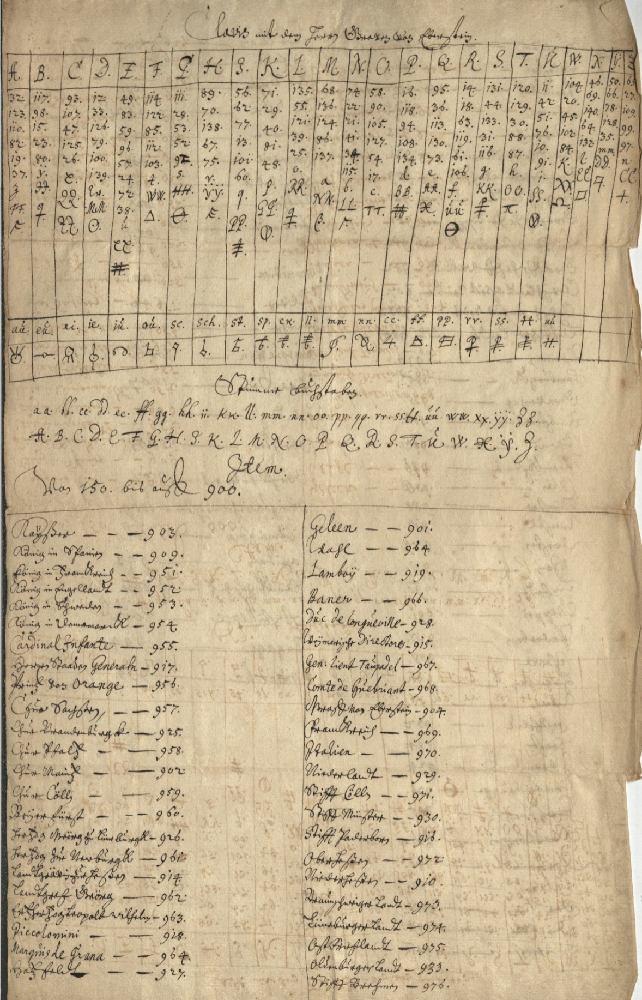 With this nomenclator, the three scientists were able to decode the Rabenhaupt letter. The plaintext reads as follows (the originally encoded passages are printed in bold): 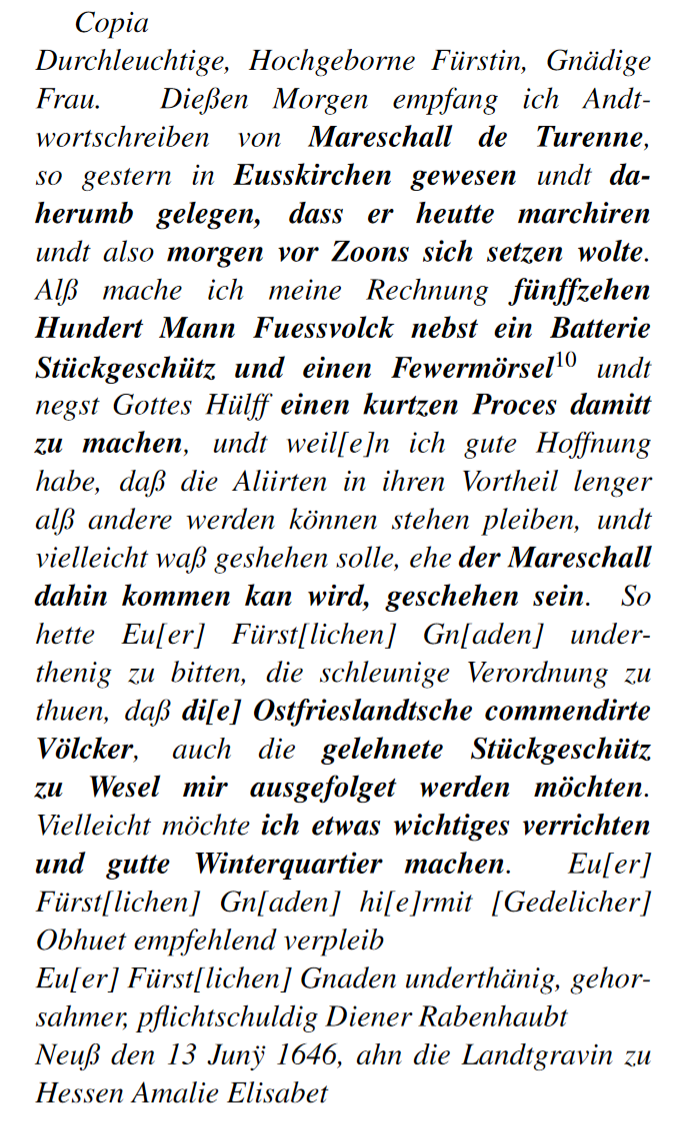 The question remains whether the Rabenhaupt letter could have been deciphered without knowledge of the nomenclator. If a nomenclator is well made, it is almost impossible to decipher a text encoded with it using codebreaking methods alone. However, a surprising number of nomenclators have been extremely poorly constructed. The Rabenhaupt nomenclator, Eugen and his colleagues report, is of the better variety, but it is far from perfect. The three assume that one would need a very large amount of text to take advantage of the weaknesses. A one-page letter in which only a few passages are encoded is not nearly enough. In other words, without the find in the Hessian State Archives, the Rabenhaupt cryptogram would have been impossible to crack.

If you want to know more, you should read the said HistoCrypt article.

Once again, I congratulate Eugen Antal, Pavol Zajac and Jakub Mírka on their success. I am glad that my blog readers, especially Thomas Ernst and Thomas Bosbach, helped to solve the puzzle. And of course I am happy that I am quoted and mentioned in the technical paper of the three authors.