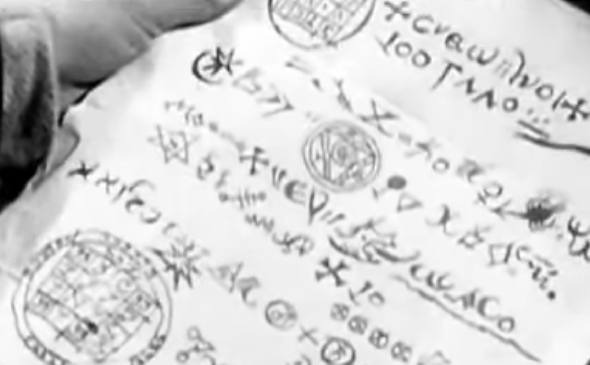 In the silent movie classic “Nosferatu” an encrypted message is shown. The solution of this cryptogram is not known to me.

Lately, I’ve been blogging more often about coded messages in movies and TV series. This is partly because my readers have given me many interesting tips. The following list gives a few examples:

Some of these messages are metacryptograms – they are not part of the plot, but have the purpose to pose a riddle to the viewer.

Apparently, the subject of encryption in film has not been exhausted, because my readers keep pointing me to new examples. The latest tip comes from Cipherbrain reader Knox and refers to a particularly old movie: “Nosferatu”, a German silent classic from 1922. Although the content of this horror movie is rather brazenly stolen from “Dracula”, “Nosferatu” is considered a masterpiece and a milestone in film history.

There is the entire film for free on YouTube:

Twice in this strip, a note with a coded message can be seen. At 5:11, the front is shown: 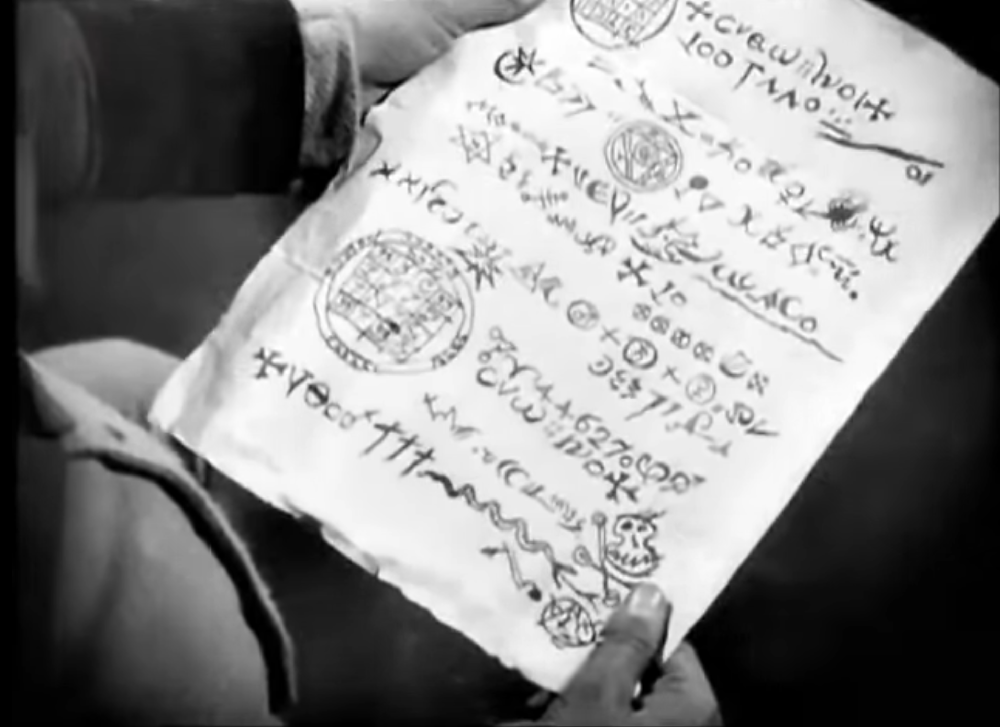 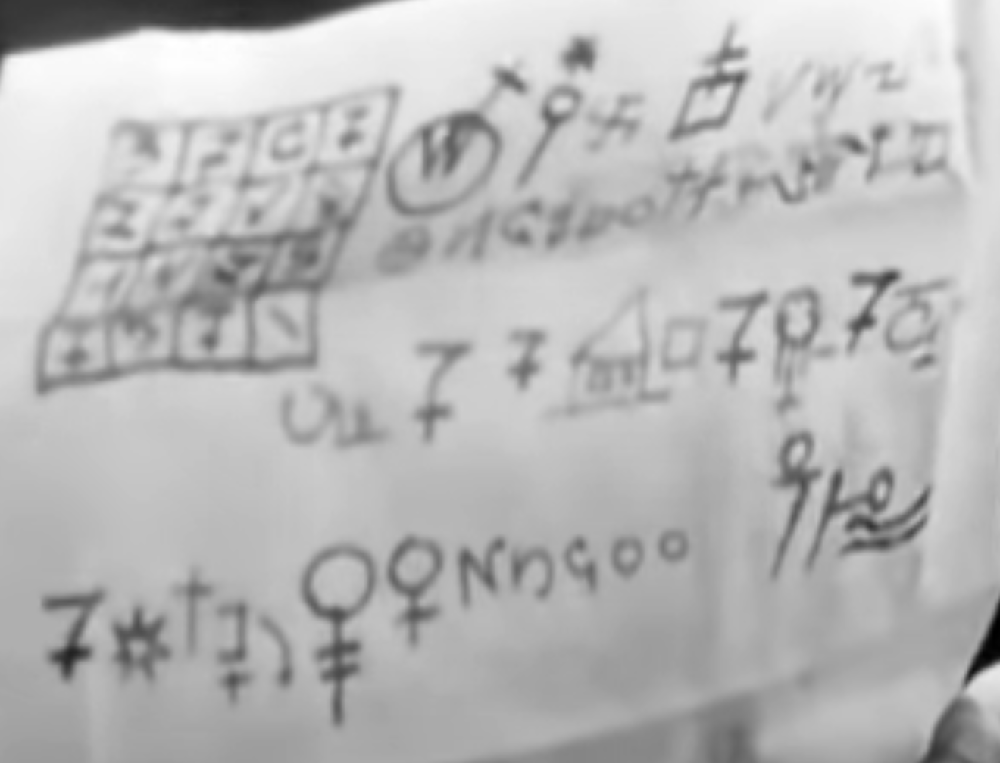 Admittedly, I haven’t watched the movie in its entirety. But I assume that this encrypted message has no influence on the plot, but is only meant to underline the mysterious personality of Count Orlok. In the table of contents on Wikipedia the cryptogram is not mentioned at all. So it is probably a metacryptogram.

The next question is whether this text is solvable at all. All in all, the cryptogram seems quite striking. Probably the optical impression it was supposed to convey was more important than the content. It is therefore quite possible that there is no readable content at all.

Despite a Google search, I am not aware of any website that even mentions the Nosferatu cryptogram. Apparently, no one has shown much interest in what is written on this note. On the other hand, this means that someone who can decrypt this text would make movie history.

So it’s worth taking a closer look at the Nosferatu cryptogram. Is there more to discover in it than a meaningless sequence of letters? I will gladly accept any hints.

Further reading: A cryptogram in the preview for the new Batman movie