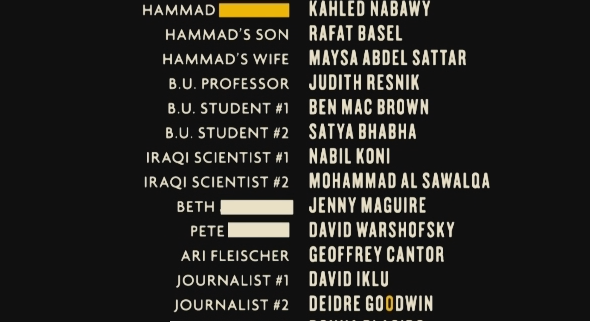 In the end credits of the 2010 movie “Fair Game” some letters are marked. Do they spell out an encrypted message? Nine years after the release of the film, this question is still unanswered.

Five years ago, blog reader Ralf Jäger made me aware of an interesting crypto mystery: in the end credits of the 2010 Hollywood movie Fair Game (starring: Naomi Watts and Sean Penn) some letters are marked yellow. 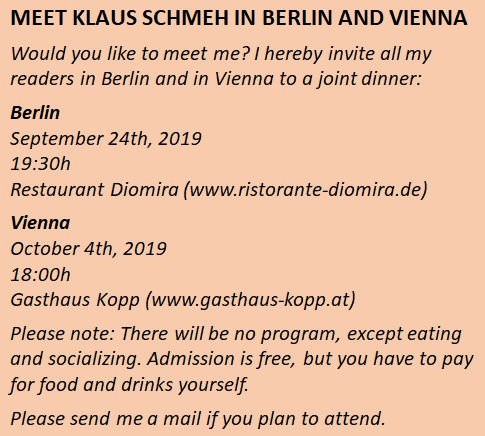 After Ralf’s hint, I watched this movie. I ignored the main part of it and only looked at the end credits. In fact, I saw that some of the letters were marked. According to the web site AboveTopSecret, the marked letters form the following sequence:

The question mark is included because the fourth letter of the sequence is not visible (see below).

I have written about the Fair game code several times before on this blog. It is listed at position 36 in my top 50 unsolved cryptograms list.

When I wrote this article, I looked at the AboveTopSecret transcription shown above again. I’m afraid, it is not correct. In my view, the sequence SEHU in the second line should be EUSH and the sequence OAKR (also in the second line) should be OKAR. I will explain below why I think that this is the case. However, to make things not too complicated, I will keep on using the AboveTopSecret transcription in the following. If you try to solve this cryptogram, keep in mind that a few letters might have to be transposed.

Blog reader Rossignol, a skilled codebreaker and crypto history expert from France, provided me a complete set of screenshots of the Fair Game end credits. The complete set is available here. Here’s an example: 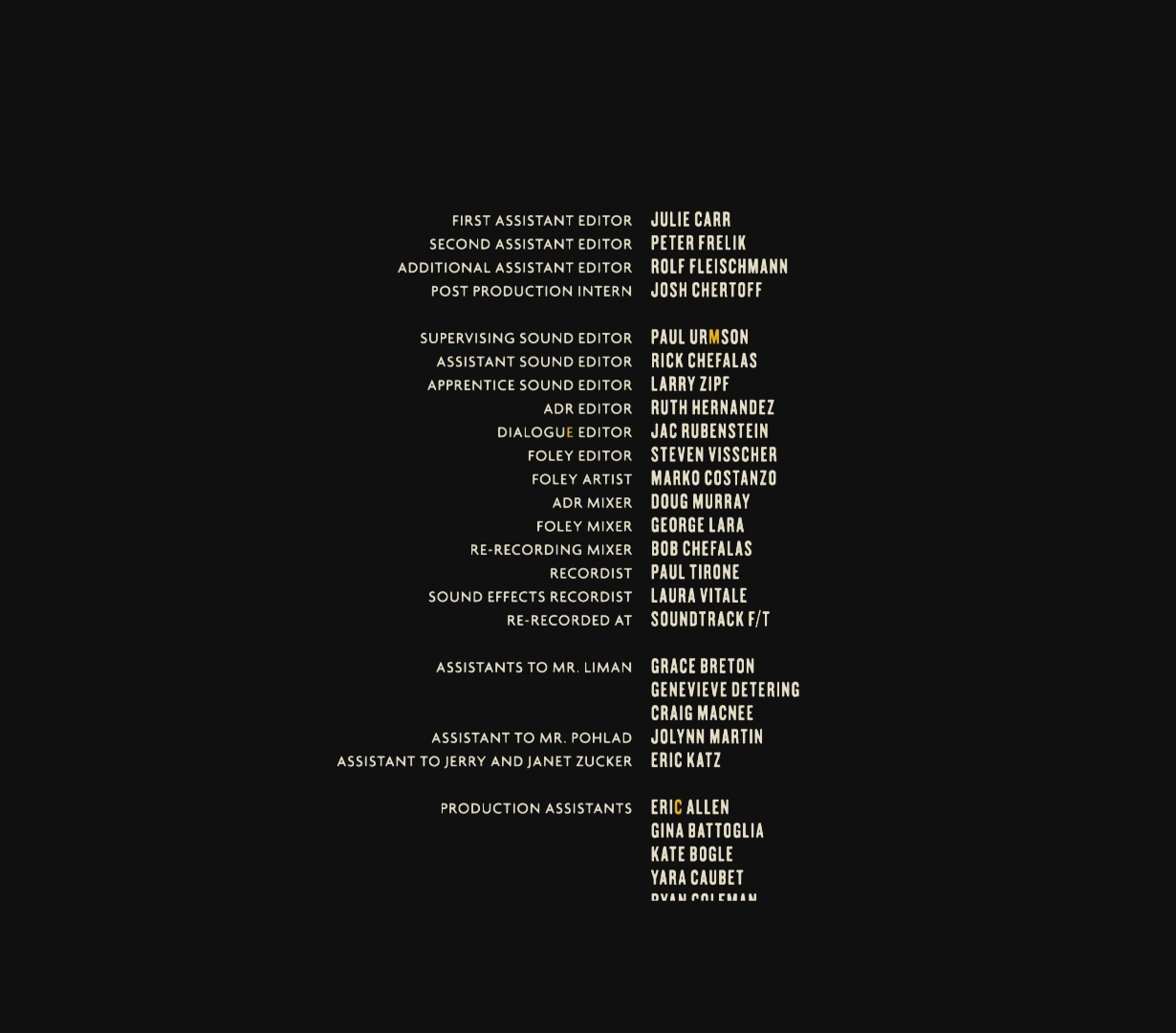 As can be seen on the next screenshot, some of the surnames are covered with a white bar (the movie is based on a true story; perhaps the names of some protagonists are hidden for legal reasons): 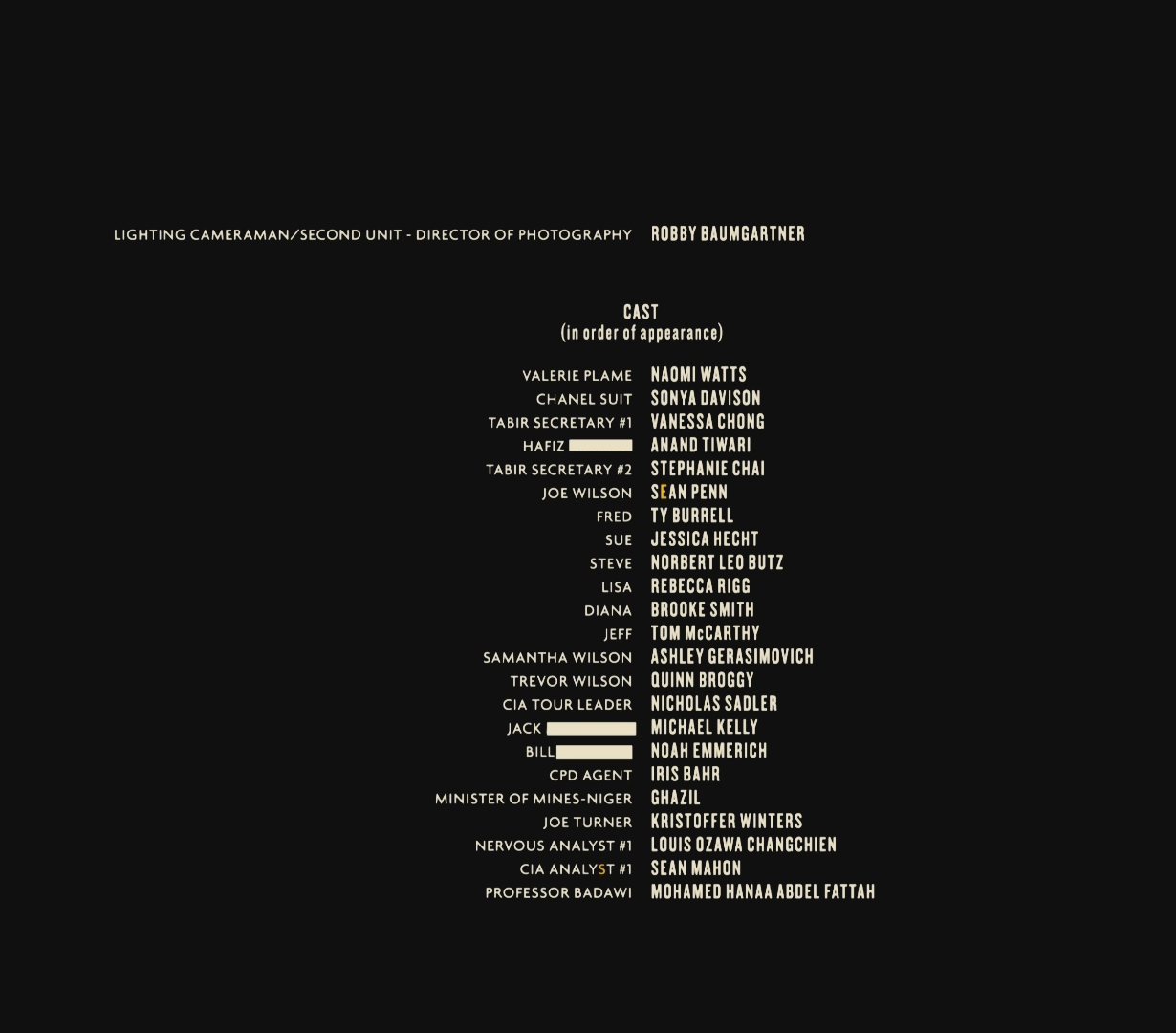 On the following screenshot, you see that one of the marked letters is contained in a hidden surname. This explains why one letter in the message is unknown: 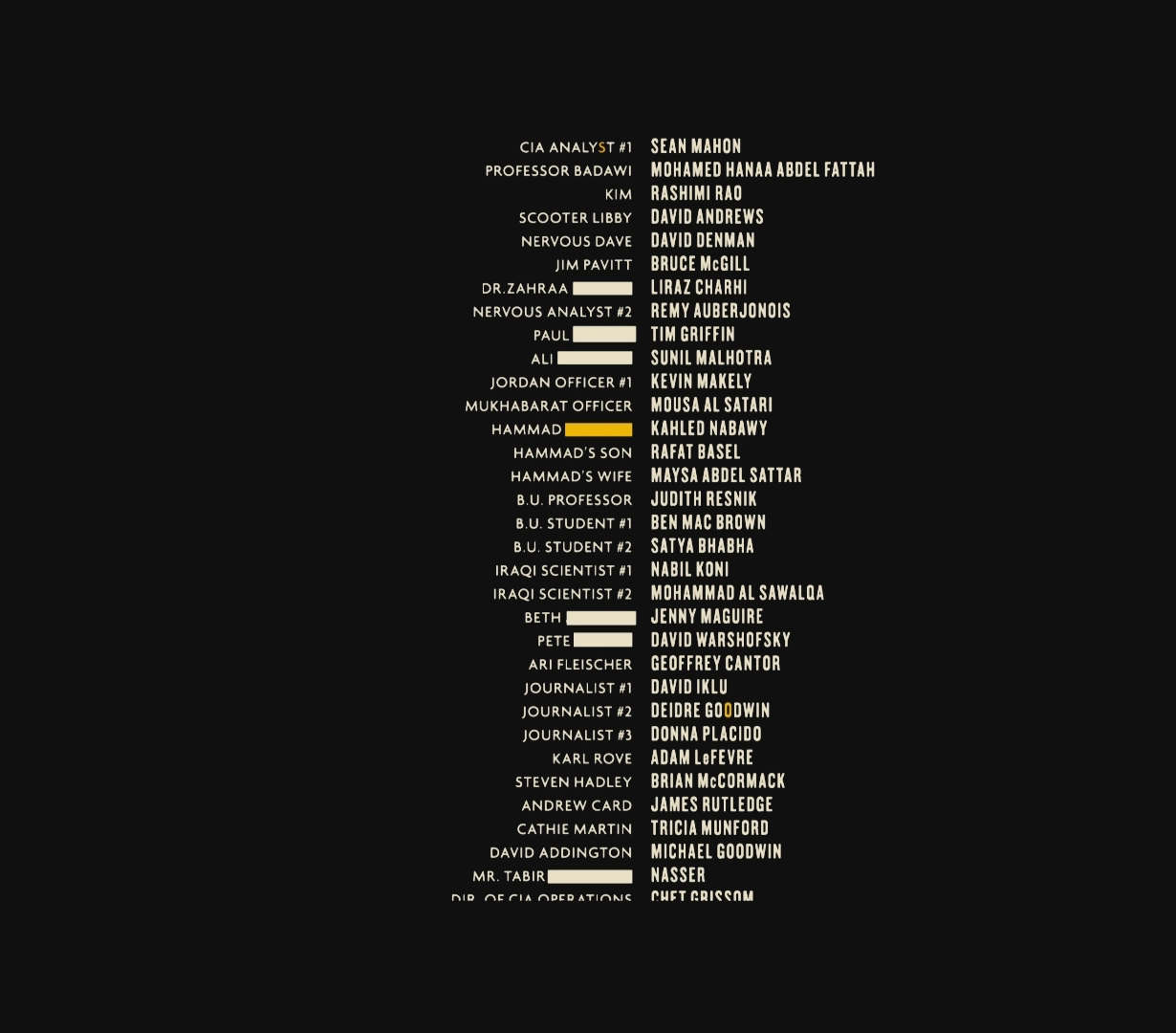 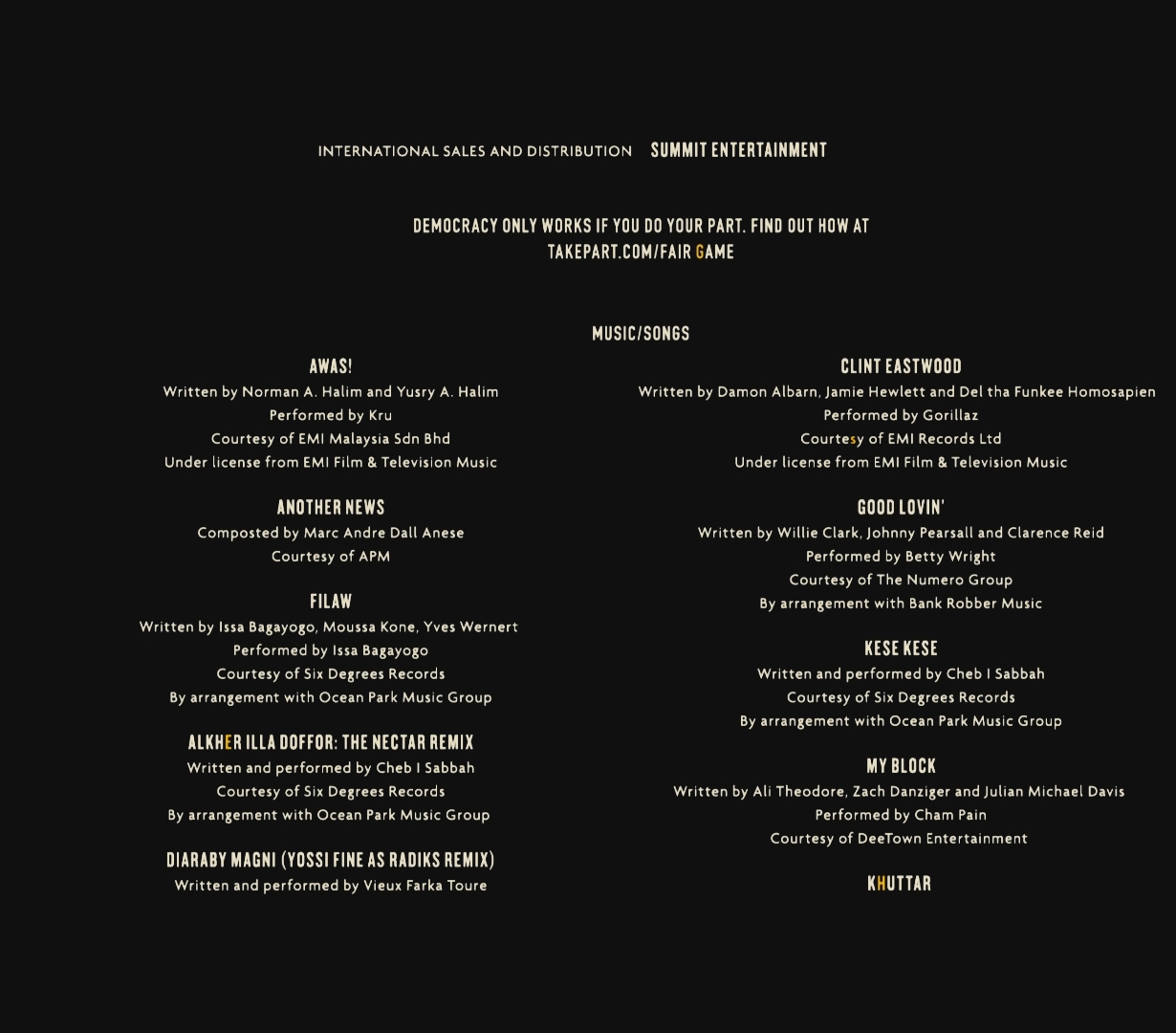 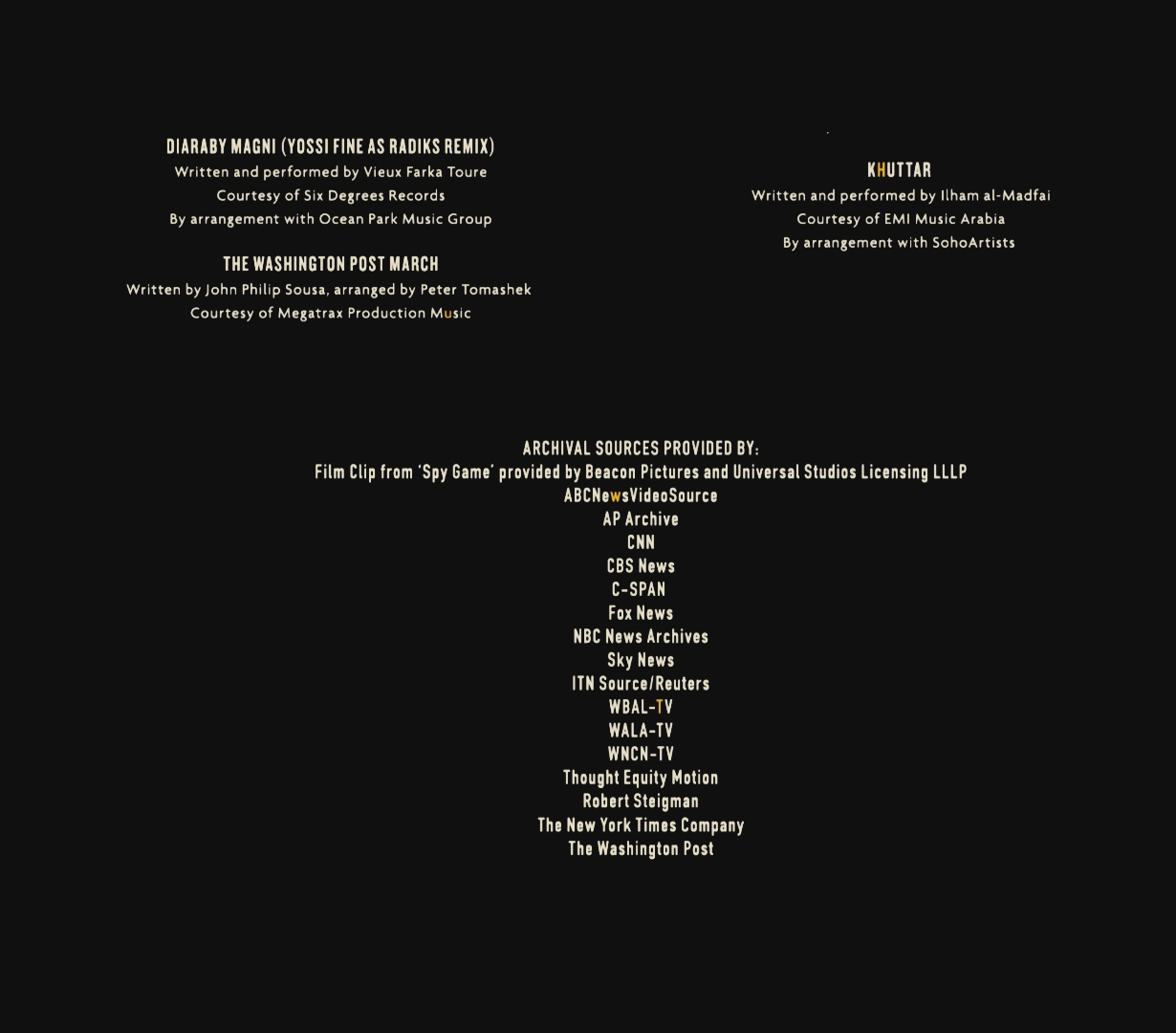 In my view, the credits should be read column-wise here. So instead of SEHU, EUSH is probably correct.

There is a similar issue in the following segment: 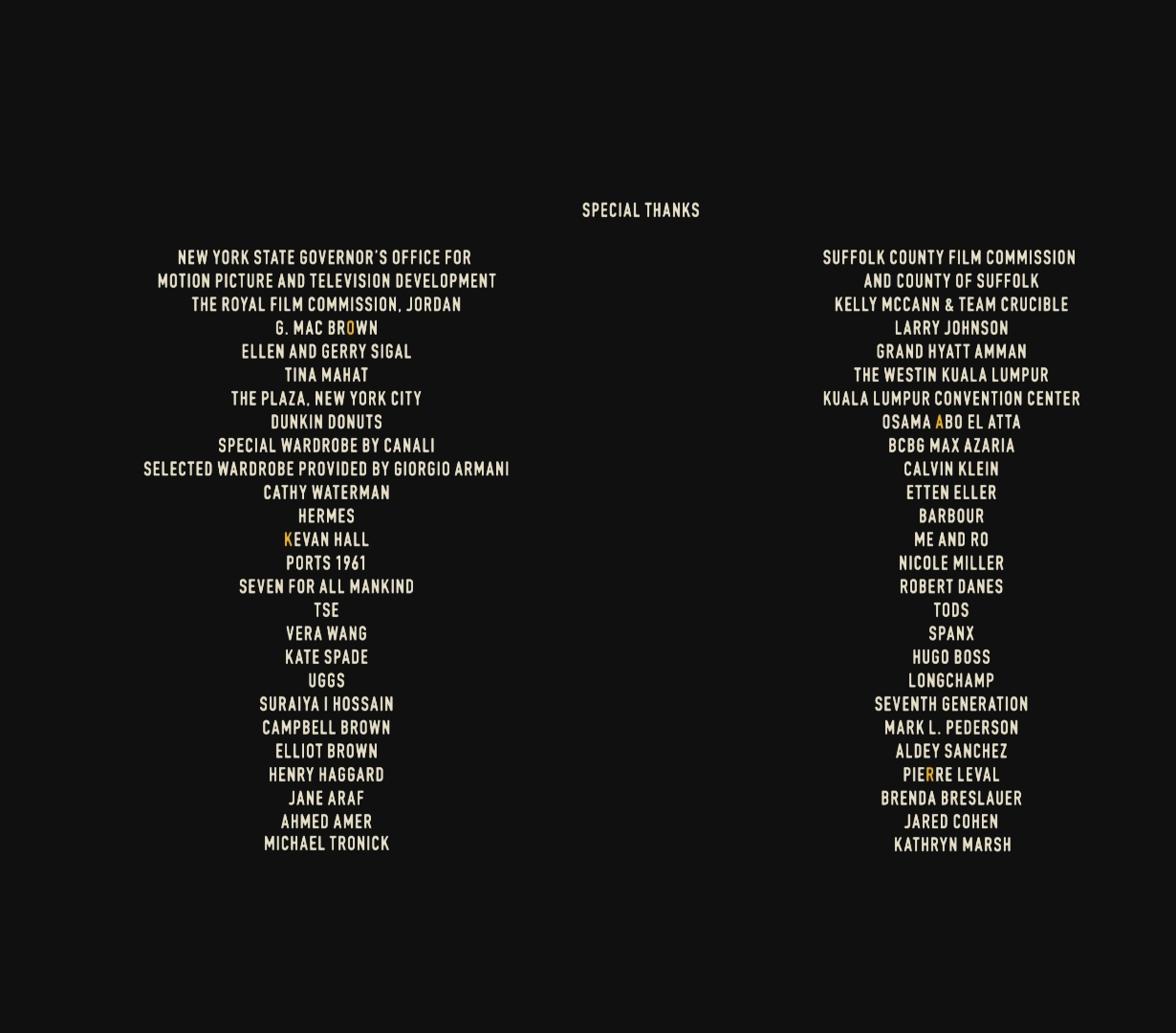 Read out column-wise, we get OKAR. AboveTopSecret transcribes these letters as OAKR, which might be wrong.

After I had published my first blog article about the Fair Game code, I received the following comment from a reader calling himself Martin Halpin:

Don’t focus on the yellow letters, better take them as markers for the following letters.

This comment is the only that has ever been published on Klausis Krypto Kolumne under this name (Martin Halpin is a character in James Joyce’s novel Finnegan’s Wake). My original impression was that the author was probably not a native speaker of German, as the words “kaprizieren”, “Letter”, and “Marker” are quite uncommon in this context. Blog reader Gerhard Strasser remarked that these expressions might have been taken from linguistics. Perhaps, “Martin Halpin” has a background in linguistics.

My suspicion (and my hope) was that the Martin Halpin comment came from the production company of Fair Game. Perhaps, it was an attempt by the film producers to create additional publicity for their code.

Earlier this week, I received another comment of this kind. A blog reader calling himself CJ wrote:

Richard SantaColoma and Racingdevil48 have provided me the message that results if one takes the letters exactly right of the marked ones:

Here are the letters exactly left of the marked ones:

Can a reader make sense of one of these messages? I think, nines years after release of the movie, it is finally time to solve the Fair Game code.
Follow @KlausSchmeh

Further reading: Who can find the hidden messages in these 16th century texts?