StartseiteCipherbrainThree encrypted internet finds: Who can decipher them? 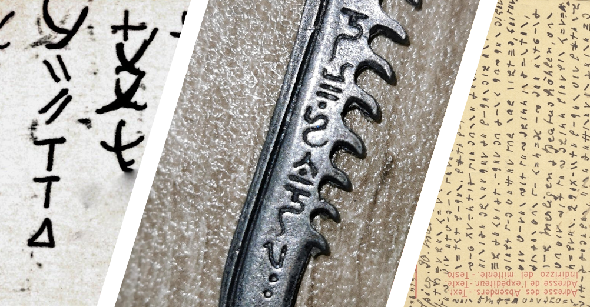 Three encrypted internet finds: Who can decipher them?

The Dorabella cryptogram, I recently reported, could be a forgery. Zachery Belanger from Detroit (USA), however, has a different opinion. Reading my HistoCrypt article about the Dorabella cryptogram, he told me by e-mail, helped him to solve this cryptological mystery. The details of this solution can be found in a lengthy blog article citing my work. According to Zachery, this famous puzzle is based on a simple letter substitution that leads to the following raw plaintext:

If one reads this correctly, so Zachery leads out, a meaningful message results. However, I still have my doubts whether this solution is correct. Do my readers see it differently?

A bit easier to solve than the Dorabella cryptogram might be an encrypted postcard, which I found via Google on the website “mk manuskripts”. This site is run by Max Kricke, who specializes in transcribing historical and stenographic writings. There should be many things on the Cipherbrain blog for which one could use this service. Cipherbrain doesn’t seem to be part of its core business, though.

Here is a scan of the card: 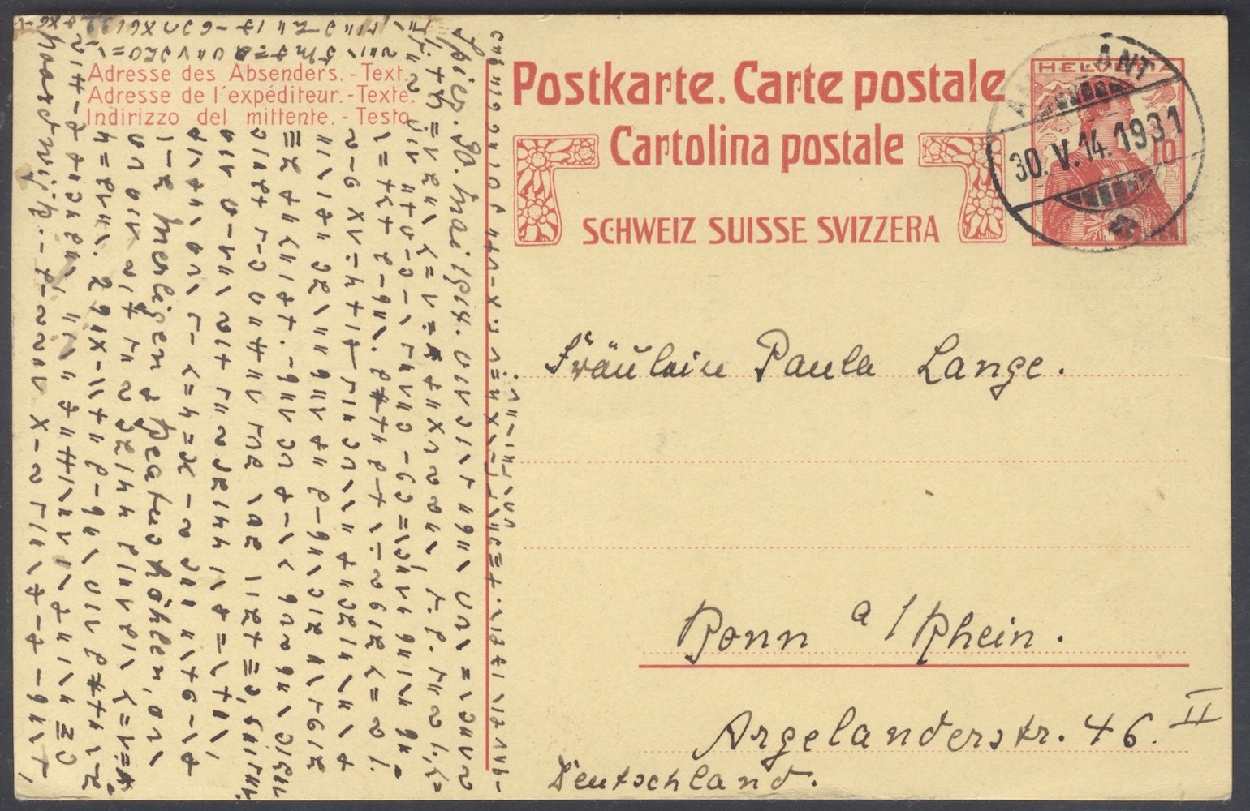 The card was sent from Spiez (Switzerland) to Bonn in 1931. Presumably it was sent (like most encoded postcards) by a young man to his lover. Can any reader decipher this cipher text?

Long-time Bog readers will recall that five years ago I blogged about two encoded postcards sent by a young man (“Herzensaugust”) to a young woman in Bonn. However, I do not see a connection with the card presented today. 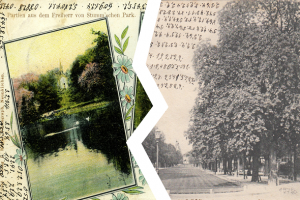 Let’s move on to another Internet find. The following encrypted message was already presented on Reddit three years ago:

Unfortunately, the related Reddit post does not contain any additional information. So I don’t know where this cryptogram appeared and who published it. The Reddit comments so far don’t reveal anything either. The language is also unknown.

For that, this message doesn’t look exactly unsolvable. Presumably, each column stands for a word. It could be a simple letter guess. Can a reader solve it?

Once again, the Reddit post gives almost no background information. Obviously, the object is a tool, possibly a letter opener. An inscription is engraved into it. You may have to turn the item 90 degrees and read the symbols from top to bottom.

I am not sure if we are dealing with a cipher or an (Asian) script. Can a reader say more about this?