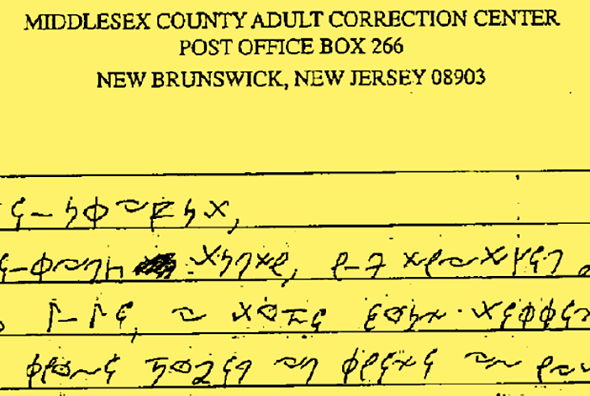 Gary Klivans, expert on gang and prison codes, has provided me information on an interesting case. It is about an encrypted letter sent by a prison inmate.

Frequent readers of this blog certainly know Gary Klivans. Gary is a leading expert on gang and prison ciphers. Instead of introducing him, I quote to the following slide he used in a recent presentation: 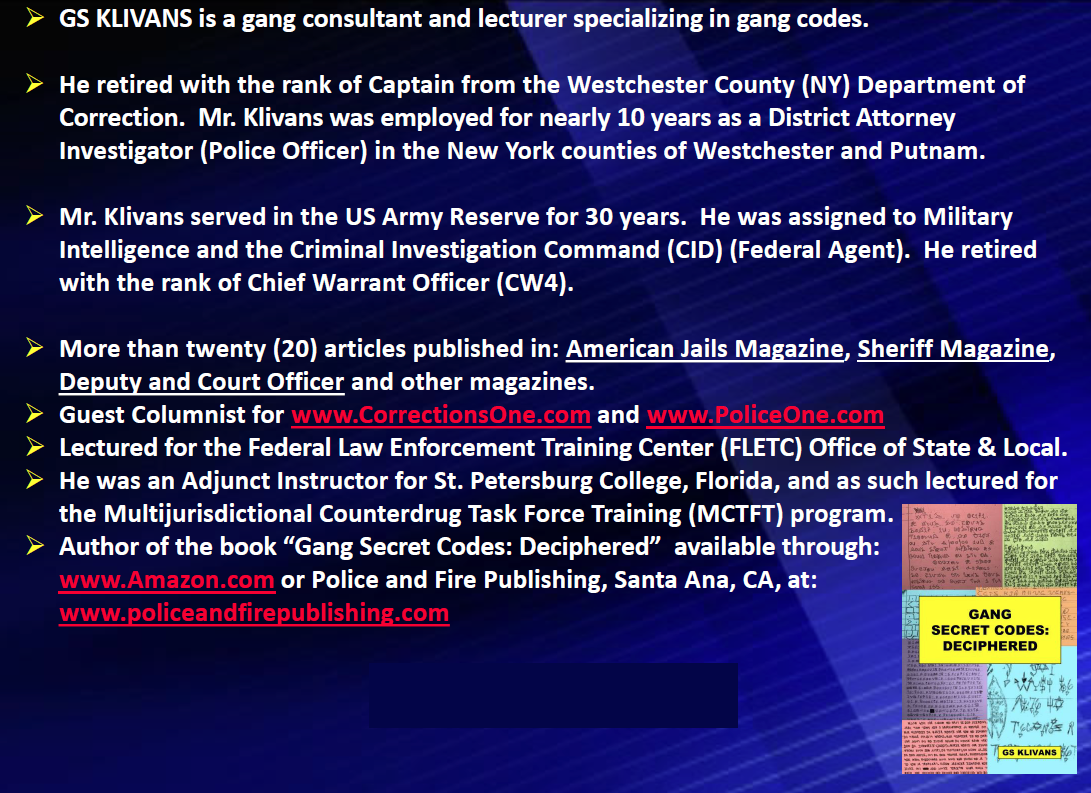 Gary’s book Gang Secret Codes: Deciphered is a fascinating read for everybody interested in classical cryptology. I have covered a few stories from this book as well as a few others Gary provided me on Klausis Krypto Kolumne. To learn more about Gary Klivans, watch the following video or check this website:

A letter from a prison inmate

A few days ago, Gary provided me another encrypted note he had solved. It’s a letter written by a New Jersey prison inmate to his spouse. I have no further information about the background of this note. Here is page 1: 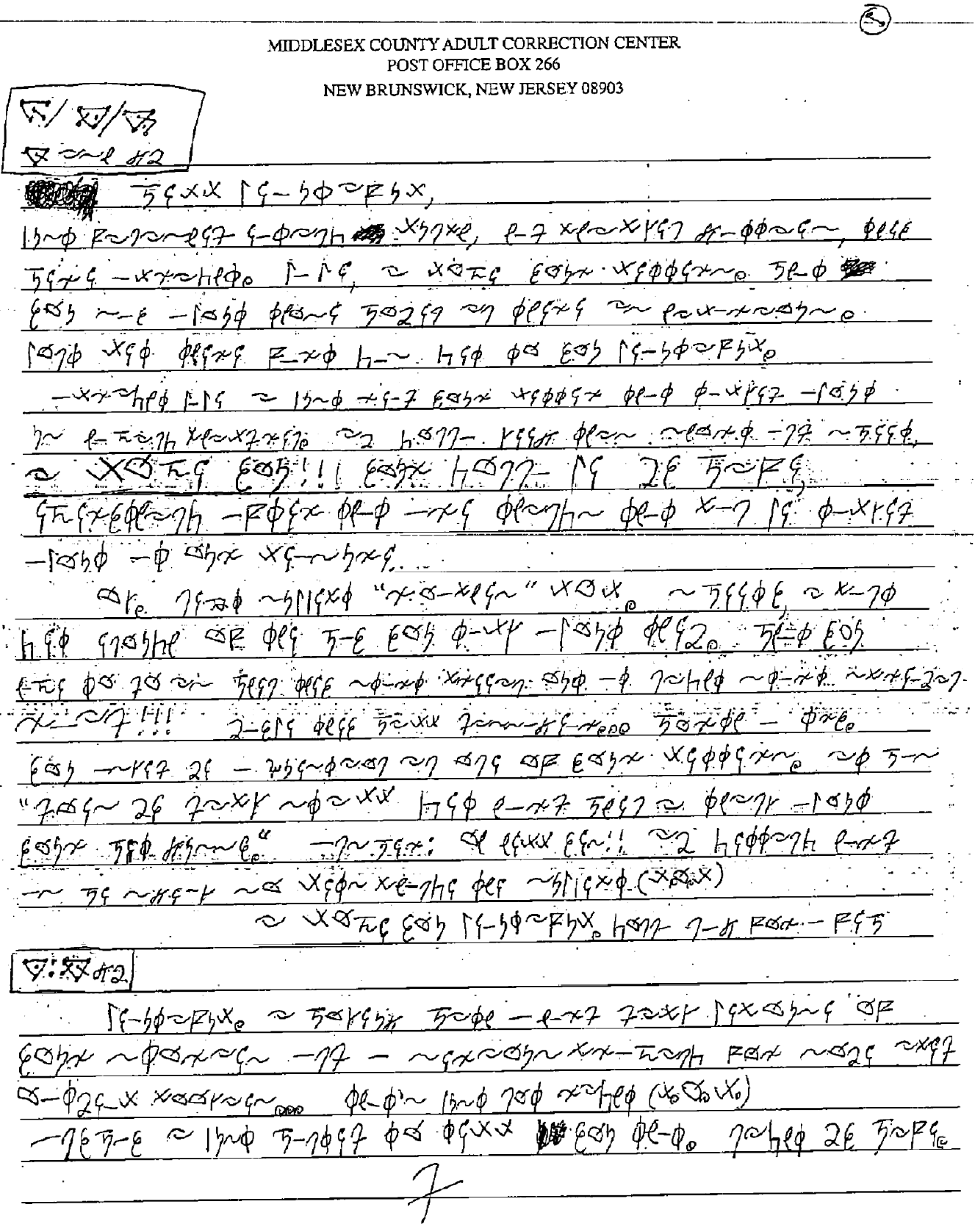 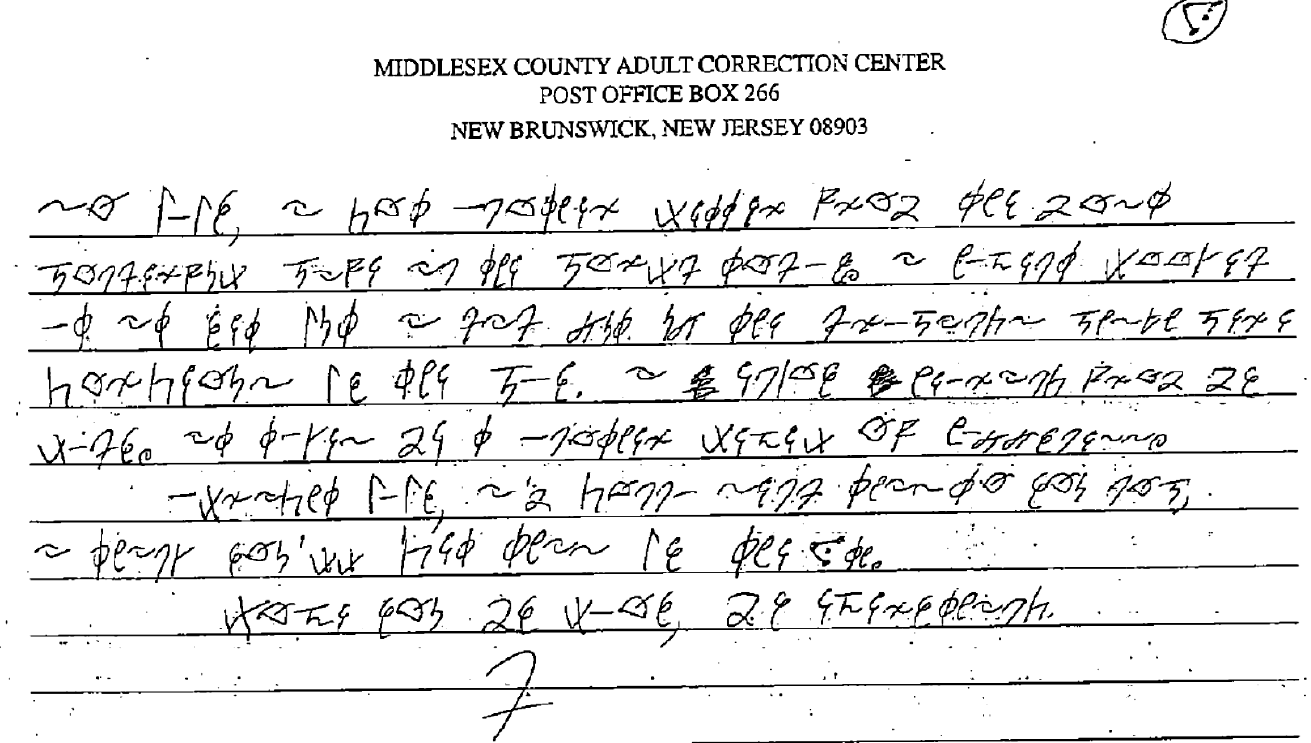 A wrong assuption leads to the correct solution

Provided that this letter is encrypted in a substitution cipher, a frequency analysis might be a good way to start breaking it. However, Gary prefers a different approach: searching for letter patterns. The following word, which appears twice in the text, seemed a good candidate: 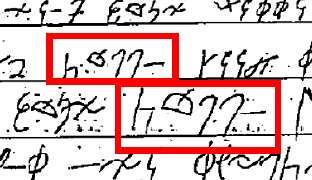 Gary’s guess was that in meant HOLLA (a slang word with a similar meaning as “hello”). As it turned out, Gary’s suspicion was wrong, but at least the A and the O were correct. Based on this assumption, he could also identify the indefinite article “a”, which apears a few times in the text. As there is only one other common English word consisting of one letter, the pronoun “I”, the symbol standing for I was easy to find, too: 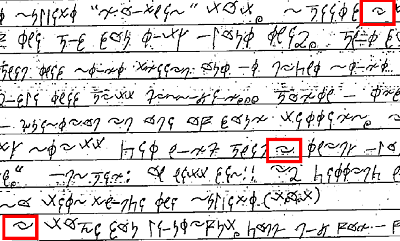 The symbols stand for OA???AL ?OO?I?E?. Gary’s guess was OATMEAL COOKIES, which proved correct. Now he had enough letters to decrypt the whole text.

And here’s the cleartext (not necessarily suitable for minors): 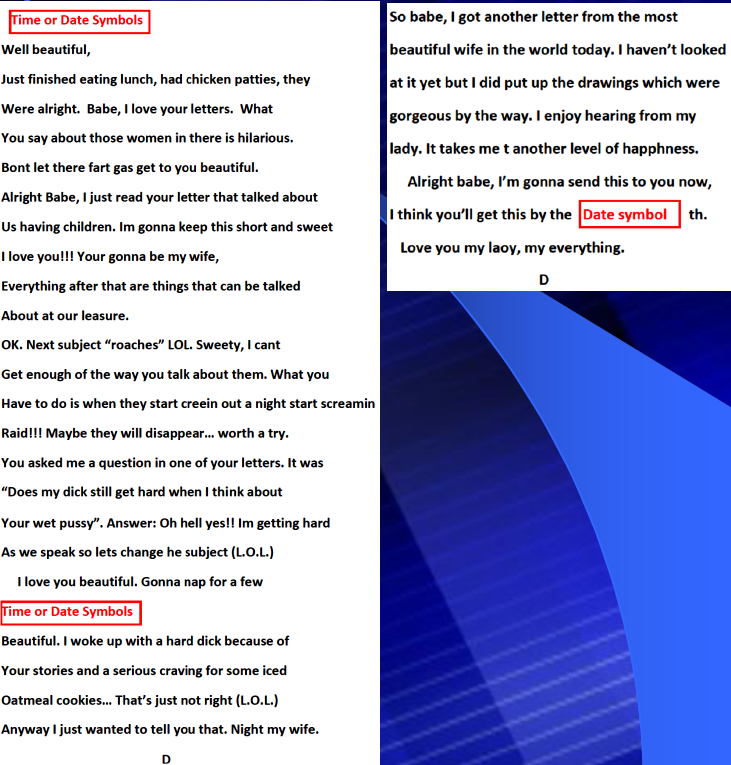 As far as I can tell, this is an ordinary love letter without any criminal content. The sender probably encrypted it because it contains intimate information, not because he wanted to hide something illegal.

Thank you very much to Gary Klivans for providing me this great story and congratulations to solving this cryptogram!
Follow @KlausSchmeh