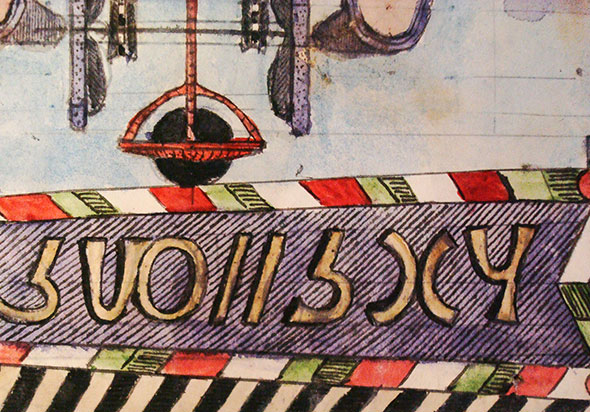 Charles Dellschau (1830-1923) was a US outsider artist, who left behind fascinating paintings. Some of these contain encrypted texts.

Do you know what outsider art is? Outsider art is art created by persons, who have no connections to museums, universities or other cultural institutions. The best known outsider artist who has earned a place in crypto history is James Hampton (1909-1964). Hampton lived an unobtrusive life as a cook and janitor in the Washington, D.C., area. Only after his death an overwhelming art installation was found in his garage. In addition, he left behind an encrypted notebook, which has never been solved.

Two years ago, blog reader Ruth Krämer-Klink made me aware of another outsider artist interesting for crypto history enthusiasts: Charles Dellschau (1830-1923). Like James Hampton, Dellschau remained completely unknown during his lifetime. Born in Germany, he emigrated to Texas in his early twenties, where he worked as a butcher. He probably never was involved with an art academy or art museum. 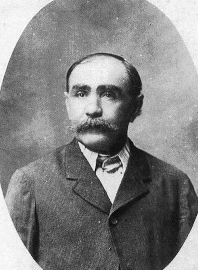 In the 1960s a used furniture dealer, Fred Washington, noticed a number of old books containing hand-drawn paintings on a landfill in Houston, Texas. He took them to his warehouse, where they ended up under a pile of discarded carpet. Only years later a local art collector became aware of these books. As it turned out, they were created by a man named Charles Dellschau. This is how Dellschau became finally known as an outsider artist. The paintings found on the landfill are the only Dellschau works known today. What makes them interesting for this blog is that they contain encrypted texts. Contrary to Hampton’s notebook, Dellschau’s cryptograms have been broken.

I wrote my first two articles on Dellschau in May 2015. Over the last weekend, these articles were called up noticeably often. As it seems, Dellschau was covered somewhere in the media – maybe on TV or on the internet. If a reader knows the exact reason for the many page hits I got, I would be interested to learn. 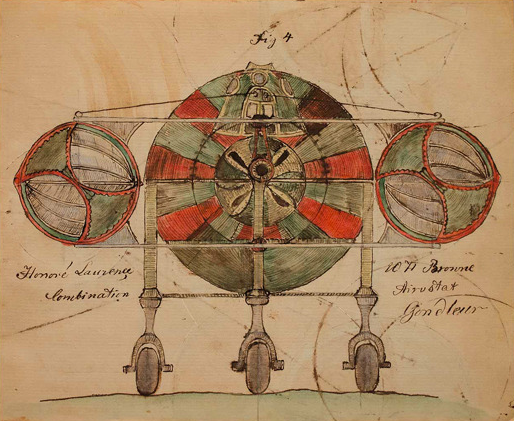 Many of Dellschau’s paintings show balloons, dirigibles, or flying carriages, sometimes including pilots and passengers. 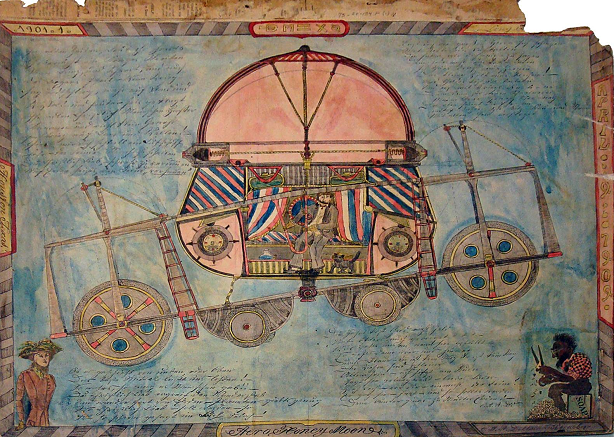 Here’s another one, including a Scientific American title page: 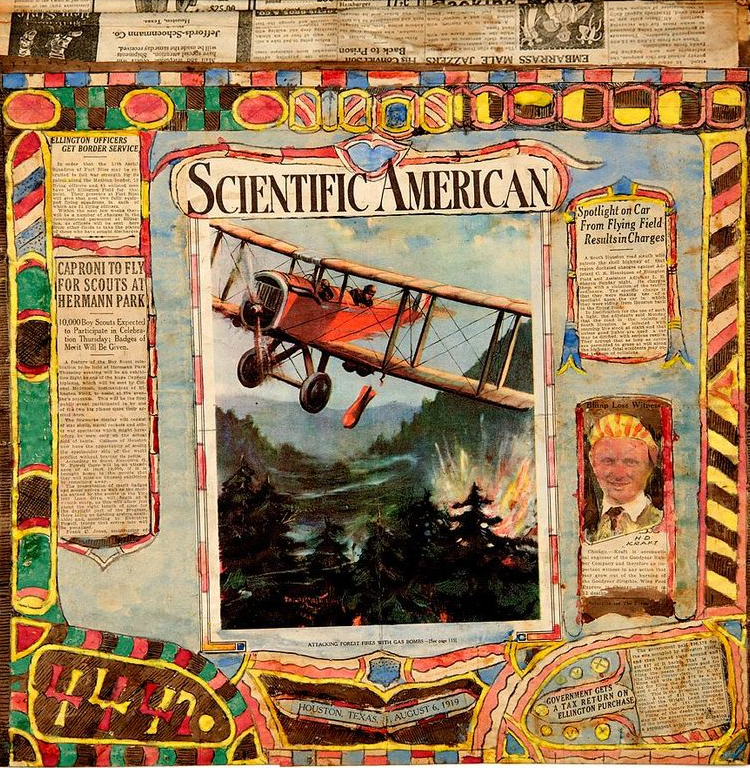 The book The Secrets of Dellschau by Dennis Crenshaw and Pete Navarro tells the story of Dellschau and his works. The authors argue that Dellschau hid secrets within his artwork. As I haven’t read this book yet, I don’t know any details. However, it is clear that some of Dellschau’s paintings contain secret writing. Pete Navarro, who spent 27 years studying Dellschau’s works, has broken this code. An overview showing many encrypted text passages and a substitution table is available here.

The following word appears quite often in Dellschau’s paintings (it means NYMZA, which is the name of an alleged aviation organisation):

Here’s an encrypted text from one of Dellschau’s paintings:

I don’t know the cleartext, but it shouldn’t be too difficult to decrypt it using the substitution table given on the website linked above. The following drawing contains secret writing, too: 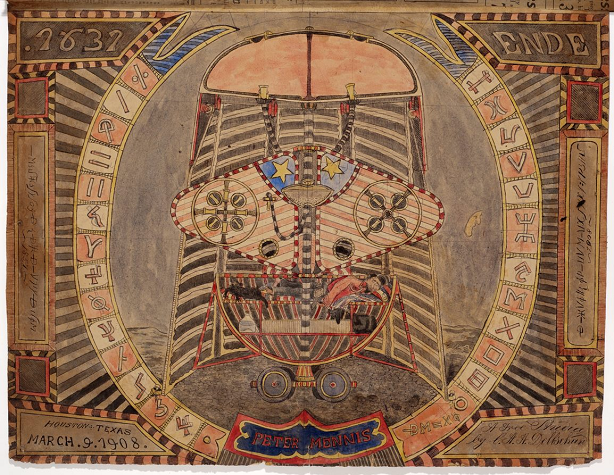 Dellschau’s paintings and cryptograms are unique and fascinating. So far, no scholar with a background in cryptology has taken a closer look at them. I hope and trust this will change in the near future.
Follow @KlausSchmeh