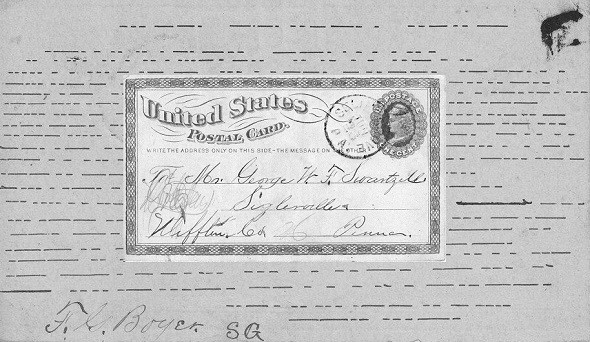 An encrypted postcard from the 1870s is written in a strange code. Can a reader solve it?

First of all, I want to welcome all new readers who have listened to my talk at 44CON today. 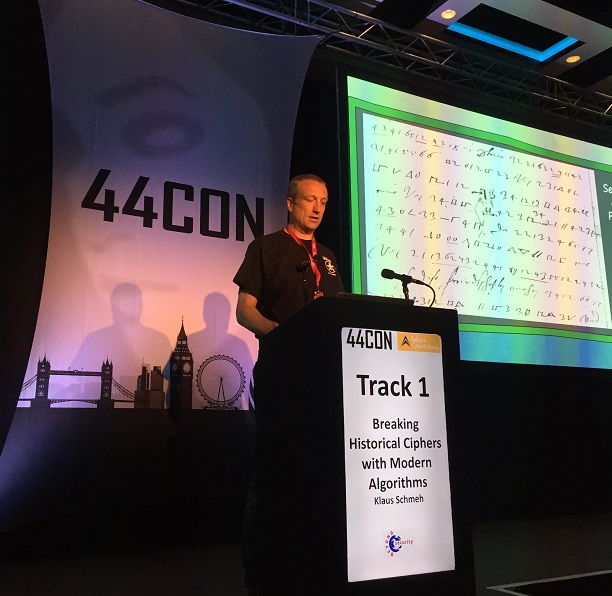 Second, I want to thank blog reader Karsten Hansky for providing me a very interesting encrypted postcard he has purchased recently. Encrypted postcards have always been a very popular topic on Klausis Krypto Kolumne. However, this one looks a little different from all the ones I have covered so far. Here’s the address side of the card (no encryption involved here): 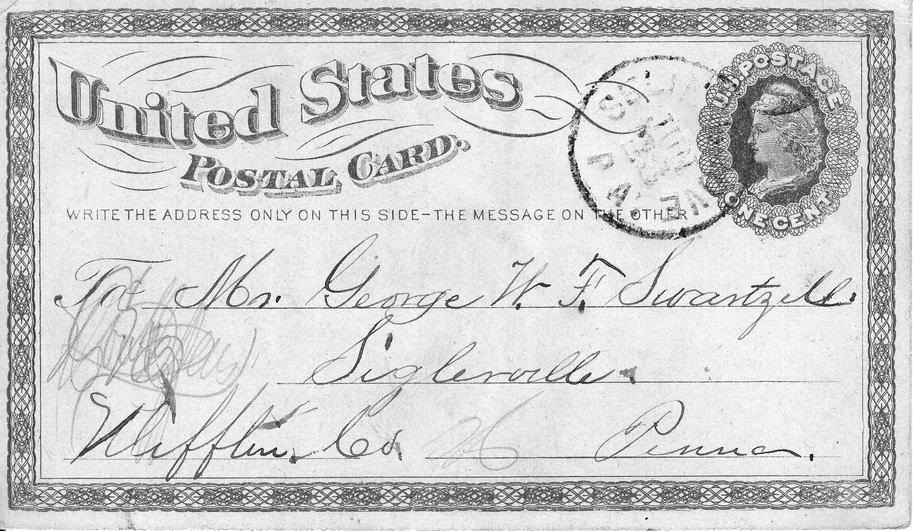 Apparently, the recipient was some George H. F. Swartzel living in Siglerville, Pennsylvania. I can’t read the lower left word (“Ilifflen”?). No date can be seen on the card. According to Karsten, the stamp was used in the 1870s. Here’s the text side: 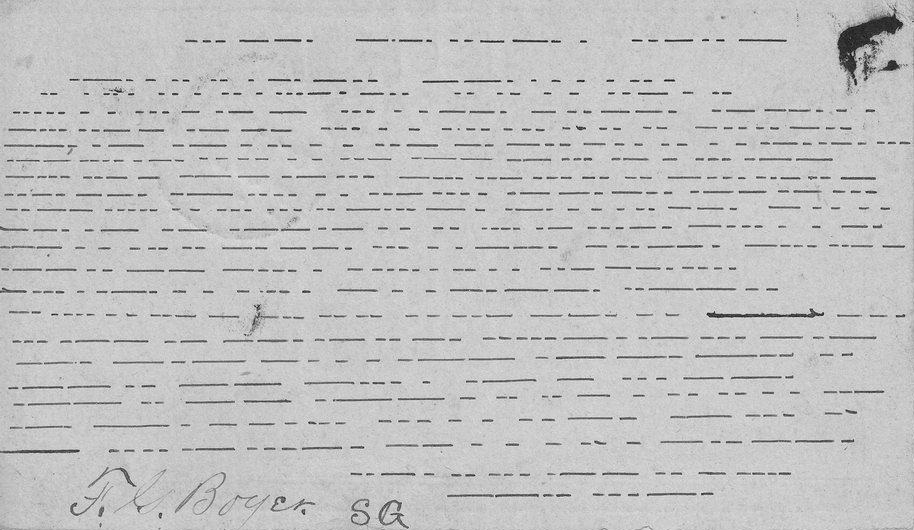 The sender seems to be a person named F. G. Boyer. I don’t know what SG means. At first view, this text looks like a Morse code message. However, it is not always obvious where the spaces between the letters are. In addition, I can’t tell the exact difference between a line and a dot. Is there a Morse code alternative that works with different line lenghts?

Most enccrypted postcards I know were sent from young men to their spouses. This one seems to be different. The receiver is a man, and the card does not have the appearance of a love message.