In May 2017, the Historic Ciphers Coloquium in Bratislava, Slovakia, took place. It was labled the third of its kind, but actually was the first one that could be called an international crypto history meeting. It was a great event with about 25 attendants and good presentations. However, this conference series is still in its infancy and there are many things about it that still have to improve. Especially, we need to attract more attendants. I’m sure, the 2018 edition, which will take place in Uppsala, Sweden, will mark another step forward.

The best crypto history event in 2017 was in my view the NSA Symposium for Cryptologic History in Fort Meade, Maryland. Congratulations to the organisers for receiving the Golden Alice in the Best Event category.

Encrypted books are one of my favorite topics. In 2017 my Encrypted Book List has grown from 83 to 89 entries. Which one of the newbies is the most interesting one? In my view it’s Ernest Rinzi’s journal. Thanks to David Scheers from the Netherlands, who informed me about this unique encrypted book.

The Rare Book & Manuscript Library at the University of Illinois at Urbana-Champaign owns the encrypted journal Rinzi left behind. It is shown on the library’s Tumblr site (check here, here and  here).

The most interesting postcard I encountered in 2017 was the one sent from Russia in 1906 (provided to me by Tobias Schrödel). 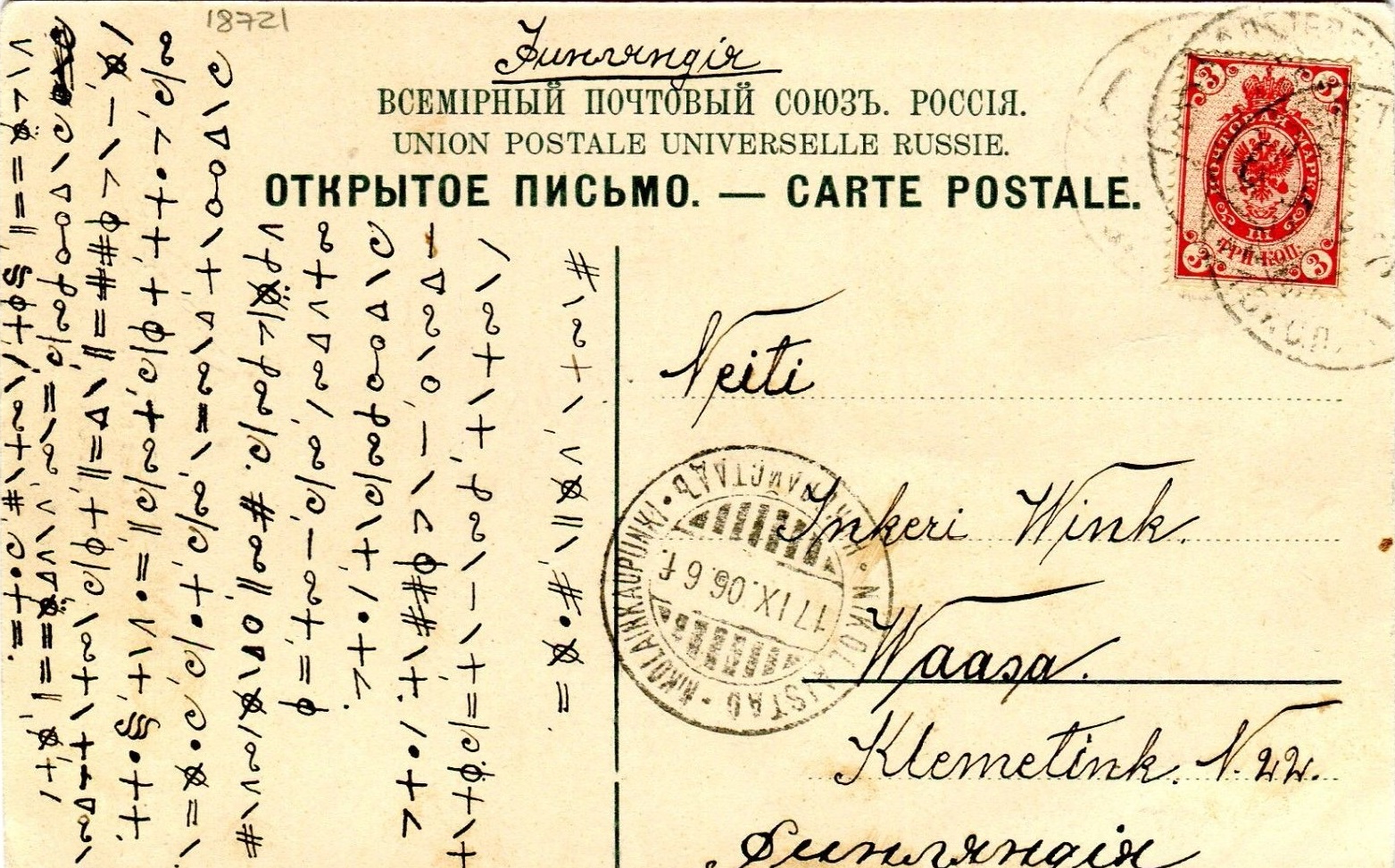 This postcard was sent from Russia to Finland. The message proved to be written in German. Torbjörn Andersson, Norbert Biermann, and Thomas Bosbach solved it.

The most notable unsolved cryptogram that has come to my attention in 2017 is the afore-mentioned journal of Ernest Rinzi. However, Tony Gaffney solved this mystery within a few weeks, so it doesn’t qualify for the Golden Alice. Instead, I hereby award the Golden Alice in the “Newly Discovered Cryptogram” category to the Cigaret Case cryptogram. 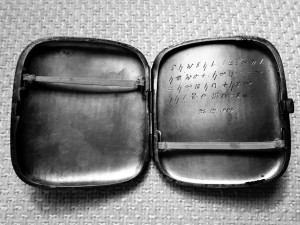 So far, nobody has solved this strange inscription on a German cigaret case. Any help from me readers is appreciated.

This category used to be named “Newly Created Cryptogram”. However, in 2017 there was no newly created cryptogram of notable importance. So I decided to award the Golden Alice for a different kind of work: the platform for the Cryptologic Travel Guide made by Christian Baumann.

So far, almost 100 crypto sights are included in the Travel Guide. There are more I will include next year. If you know other places that are interesting for crypto enthusiasts please let me know.

Congratulations to all the winners! I am looking forward to writing many more blog posts in 2018.