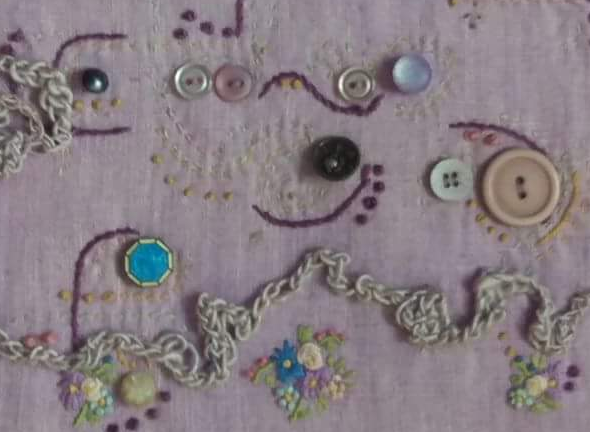 According to a Reddit post, a needlework made in the 1980s contains a hidden message. The details are not known any more. Can you find this message?

The US state of Ohio seems to be a very interesting one for people interested in crypto mysteries. Apart from the train station robbery cryptogram (which is associated with a crime committed in Lima, Ohio), several encrypted postcards and an encrypted gravestone inscription were created in Ohio. And then there is an encrypted letter from an Ohio prison. All of these stories have been covered on this blog over the last few years. No other US state seems to have brought forth so many interesting cryptograms.

Here’s another crypto mystery from Ohio. I recently found it in the Reddit /r/codes discussion group. According to a post in this group, a message is hidden in the following needlework: 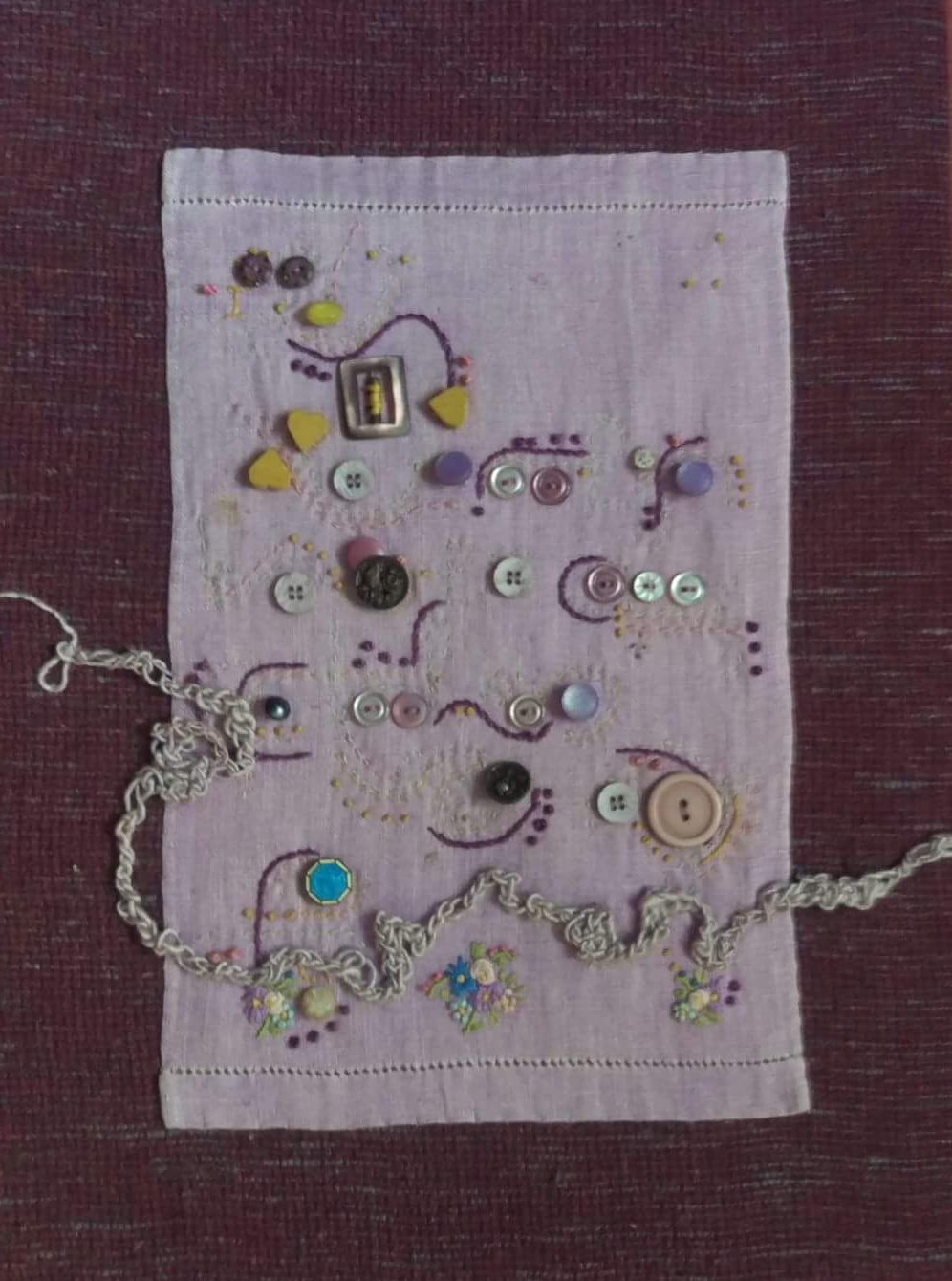 Here is what the author of the post, a certain catsaway9, writes:

Someone made it [the needlework] for a friend’s mom 30 yrs ago, said it was in code. The mom now has Alzheimers and the kids want to know what it says. Morse code and shorthand have both been suggested. […] I can add that the owner lived in rural Ohio basically her whole life and is a native English speaker. My friend’s sister says her mom used to insist it’s in Morse code. Several people have pointed out similarities to shorthand, but some very experienced shorthanders say no.

The first name of the creator is Phyllis. Here is one of the comments a user of the forum wrote:

Well, there are definitely what look like morse letters in there. The question is, do you have this oriented correctly? Is the big white thread supposed to be hanging from the top like that? I see a …_ (V) in the middle, a .._ (U), … (S) so it could be that all the letters are in there. The purple thread seems to be a theme, so maybe it winds you through, top to bottom. It could be that the thread could stand for a ‘dash’. Or maybe you are looking for any purple dots only, so from bottom to top (some of it’s hard to see) S – E – H – I – etc. Just some initial thoughts.

catsaway9 writes that he is not sure about the orientation of the needlework. Check here for an upside-down version of the photograph.

Further reading: Who can solve this encrypted postcard from 1910?