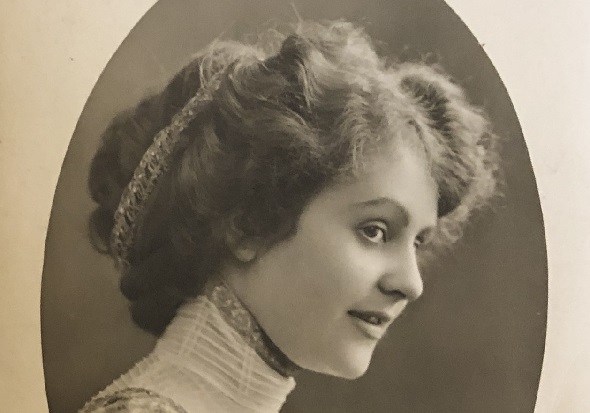 In 1916, a man living in Aschersleben, Germany, received an encrypted postcard. Can a reader decipher it?

For the third time in the history of this blog, a crypto mystery from the Harz – a mountain range in Northern Germany – will be covered today. The first Harz cryptogram I wrote about was an encrypted postcard from the village of Schierke. I blogged about it in 2014. The encryption was quite easy to solve.

In April this year, I introduced an encrypted inscription on a baroque altar in Langelsheim, a town in the northern part of the Harz mountains (check the Cryptologic Travel Guide for details). This cryptogram is still unsolved.

A postcard sent to Aschersleben

Recently, I came across another Harz cryptogram. It’s again a postcard. It stems from the collection of my friend Tobias Schrödel, who is known as comedy hacker, crypto book enthusiast, and TV expert (“Stern TV”).

This postcard from the Harz is especially interesting for two reasons: first, ist was sent to a man (usually, the recipients of encrypted postcards were women), and second, it was written during the First World War. The reciever, a man named Hugo Carl, probably was the spouse of the sender. It is well possible that Hugo Carl was a soldier.

I don’t know if the woman on the picture side is the sender. At least, it is clear that the encrypted message starts below the photograph: 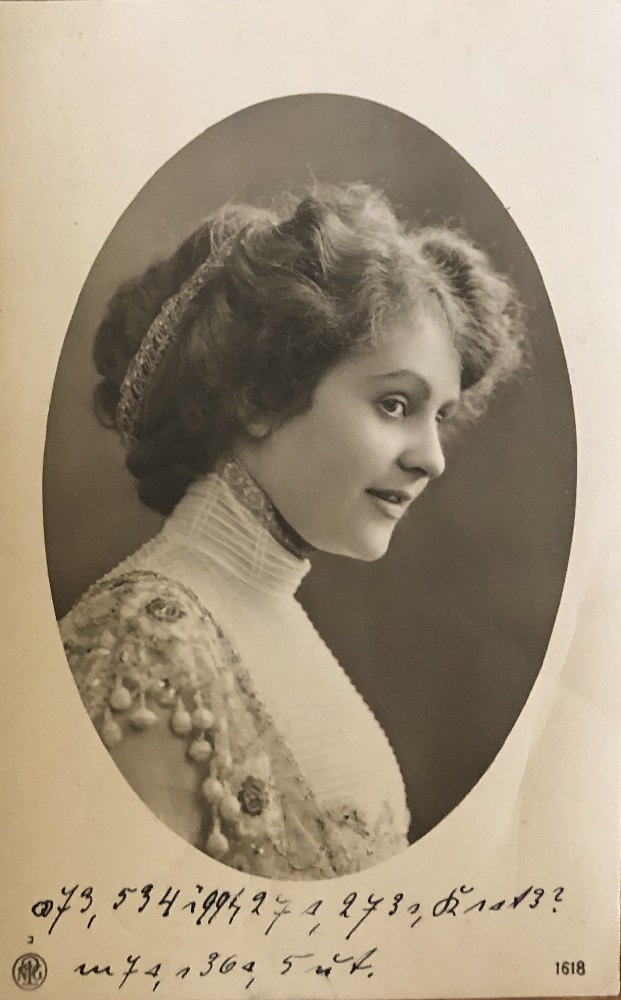 The rest of the message can be found on the address side: 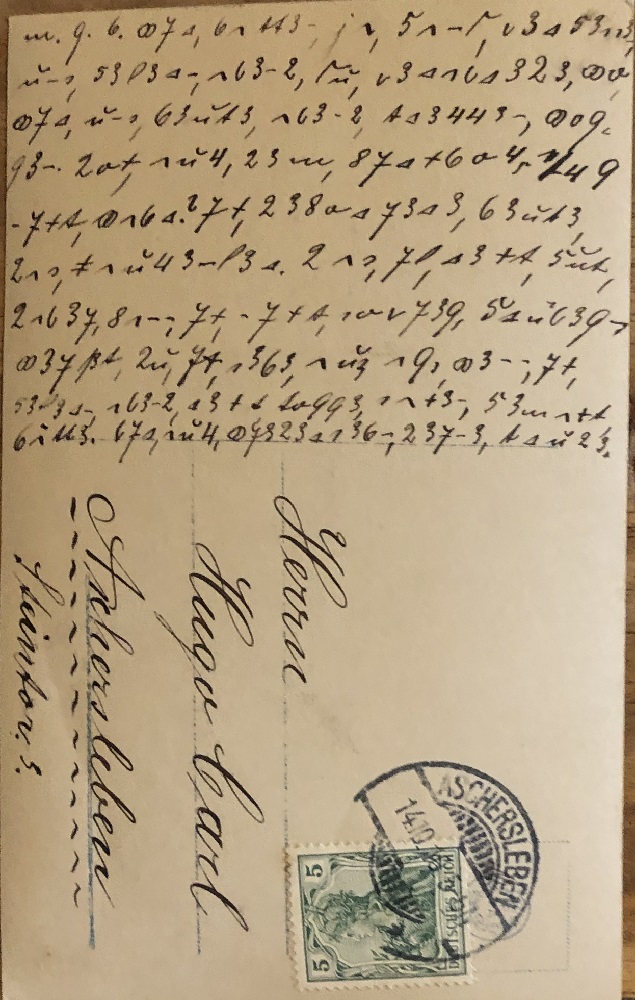 The encryyption method applied is probably a substitution cipher (MASC). The alphabet consists of ordinary letters, numbers and symbols. The commas probably separate words. There are also full stops and question marks in the text.