Richard Bean has made me aware of an in-depth interview US an art historian did with Jim Sanborn. A transcript of this talk has now been made available online.

Today I received an exciting e-mail from Australian blog reader Richard Bean, who is known to readers of this blog as a successful codebreaker. 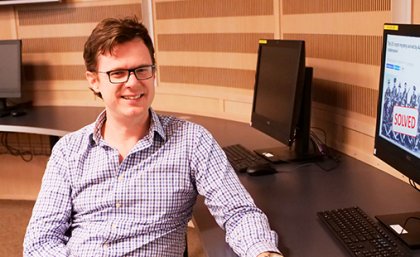 Richard wrote that earlier this year he asked the Archives of American Art at the Smithsonian Institution for a copy of an interview they did with Jim Sanborn in 2009. It was a 6.5 hour talk conducted by art historian Avis Berman. Jim Sanborn … 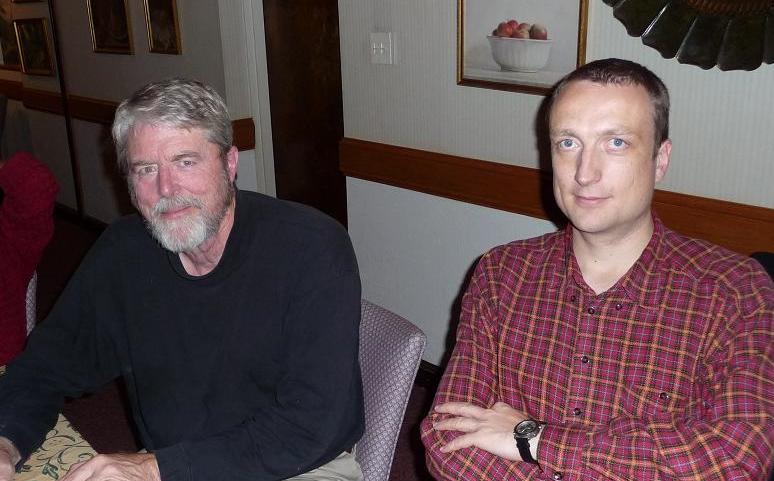 … is the creator of the famous Kryptos sculpture. 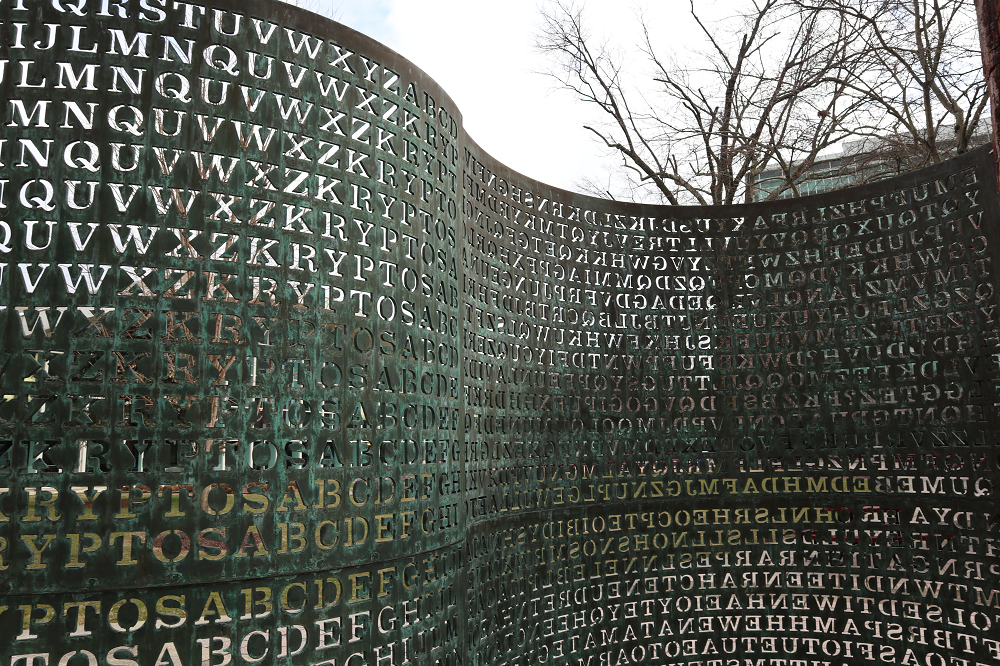 The Smithsonian Institution replied to Richard that they could release a transcribed version of the interview if Sanborn gave his permission. Sanborn did  so, and now the transcript has been published on the organisation’s website – a 70-page, 54,000-word text. A five-minute audio sample is available, too.

Here’s a summary of the interview provided by the Smithsonian Institution:

Sanborn speaks of his father, Herbert James Sanborn, who worked at the Library of Congress and was also an artist; his education, including attending Randolph-Macon College, taking a course in archaeology at Oxford University, and attending the Pratt Institute; his interest in medieval history and art; how he began to create public art; the difference between his public art and his gallery work; his residency at Glen Echo Park, VA; working on General Services Administration (GSA) commissions; the commissioning, conceptualization, and creation process behind his artwork Kryptos (1990) at CIA headquarters; the media sensation surrounding Kryptos; the importance of secrecy in his work; the process of engineering waves for Coastline (1993) at the National Oceanic and Atmospheric headquarters; his recreation of a particle generator for the exhibition Atomic Time (2003); incorporating science and technology into his work; and how his work changed after 9/11.

Apparently, Sanborn gave this interview when he worked on a book about Kryptos, with bestseller author Steven Levy providing the foreword. As the book never eventuated, the interview is the closest we are going to get.

One of the most helpful guides outside the NSA to cracking ciphers. But even if you don’t become a codebreaker, this book is full of fascinating crypto lore.

Here’s a nice statement by Sanborn Richard found in the transcript:

… cryptography is probably the most closeted of endeavors. It is done in secret. It is done in private. It is just absolutely a private endeavor. It did involve teams of people during the Enigma, you know, the decryption in England. But in general, it’s a very private thing. And cryptographers are notoriously private people who don’t have exciting lives. Actually, an exciting life is anathema to a cryptographer because they have to keep secrets. Anybody who has to keep a massive amount of secrets doesn’t have a lot of friends. They just don’t. They don’t have social lives. They don’t have a lot of stuff. So all of a sudden cryptography became cool. And Kryptos, I think, really helped make cryptography cool. And cryptography became a leisure endeavor, where people—as you were saying earlier, crossword puzzles and this kind of thing. There are puzzles and all that have been around. Code puzzles have not been as obvious as other kinds of puzzles. But now cryptography is cool and trendy. [01:18:00] And there are a lot of people, especially Internet geeks, finally found a home in cryptography. And so it sort of created this worldwide phenomenon that has this life of its own on the Internet, of which I was largely not privy until fairly recently.

According to the interview, two of Sanborn’s favourite texts are Howard Carter’s diary (an excerpt of which became the K3 plaintext) and Heinrich Schliemann’s Memoirs. Sanborn also mentions “Northeast Washington”, which might or might not refer to NORTHEAST, one of the K4 cribs.

Can a reader find more interesting information in this long interview? If so, please let me know.

I want to express my thanks to the Smithsonian Institution for transcribing and publishing this interview. And most of all, I want to thank Richard Bean for his research into the topic and for making me aware of the transcript. Thanks to him, my blog is the first publication to cover this Kryptos-related document.
Follow @KlausSchmeh