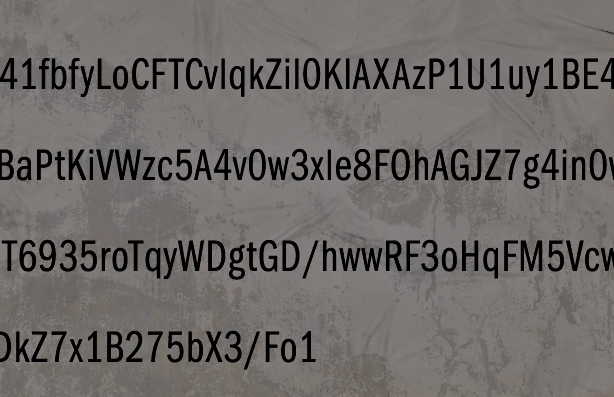 A cryptogram found in the computer game “Call of Duty Zombies” has baffled codebreakers for four years. Can a reader finally solve this challenge?

Do you know the computer game series Call of Duty? I have never played this first-person shooter, mainly because games of this genre are not my kind of thing anyway. However, I have heard of Call of Duty a few times before, because encrypted messages play a certain role in it. In my next book Codebreaking: A Practical Guide … 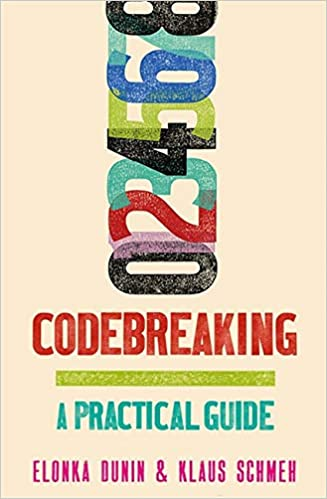 … (co-written with Elonka Dunin) a pigpen cipher from this series is mentioned.

There’s a large variety of Call of Duty games, inlcuding a main series and a few side lines. Gamer Aidan Widworth recently informed me that in the Call of Duty game Zombies an especially tricky cryptogram is hidden. It was found by players of the game on May 22nd, 2016. Apparently, this message doesn’t really have a role in the game as a whole. The developers probably put in on the map to add a bit of lore. Other ciphers in the same game hint at future maps that would come out for the game later on and the story of the game as a whole.

Although, the said cryptogram has been known for four years now and though many players have tried to break it, it is still unsolved.

Here’s the message (because of the headline, it is also referred to as “TheGiant cryptogram”): 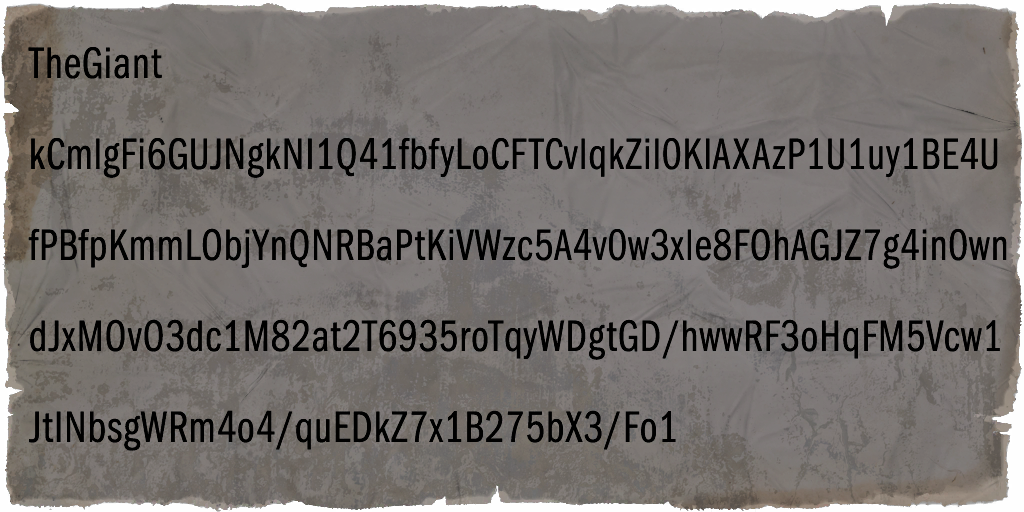 The language is expected to be English.

I don’t see an obvious way to solve the TheGiant cryptogram. The ciphertext alphabet consists of upper-case letters, lower-case letters, and digits. This means that we are dealing with about 60 different characters. There are several ways how this can be explained:

There are other possibilities, but I it’s certainly not a transposition or abbreviation cipher. As a next step, it might be helpful to perform a frequency analysis.

Aidan wrote me: “We have performed quite a lot on this cipher already. We haven’t got a single thread to go by. I would appreciate any help with this as we have been working for years to solve this and others.”

Can a reader provide the help Aidan is looking for?

Other Call of Duty cryptograms

Aidan has provided me a number of other Call of Duty cryptograms. All of these have long been solved.

Plaintext: The mountain must be searched for the frozen one 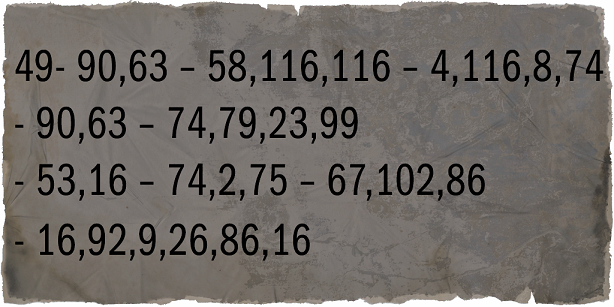 Plaintext: In the cell below the waves is where honor suffers

Plaintext: When finished we will return to the house and the infinite

Plaintext: A city of fire surrounds the warrior the last of his kind

After these four ciphertexts have been solved, it’s about to also decipher the TheGiant cryptogram, too. Perhaps, a reader will be successful. Good luck!
Follow @KlausSchmeh