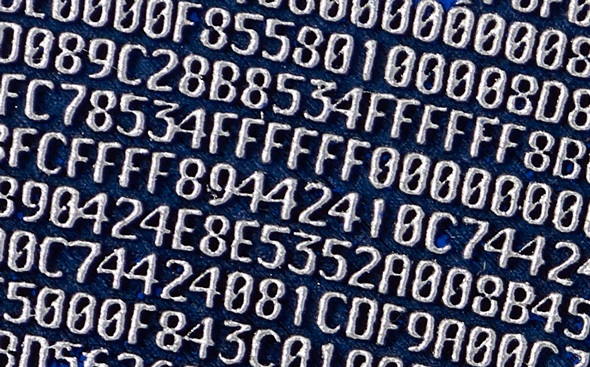 British artist Ben Gentilli has created a series of 40 paintings that jointly include the 12.3 million-digit founding code of Bitcoin.

Two years ago, I reported on a series of Lego brick installations made by US artist Andy Bauch. Each of these artworks includes an encoded message that represents a certain value in Bitcoin or another crypto currency. 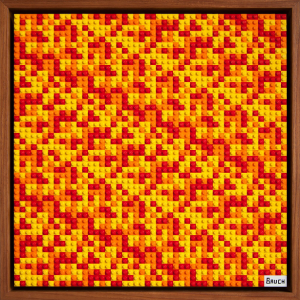 All of these Lego mosaics have long been deciphered and the embedded currency has been spent, but still Bauch’s pictures are a nice example of crypto-related art.

Other artworks that are interesting for crypto enthusiasts include the famous Kryptos sculpture, the Cheltenham Listening Stones, the NKRYPT installations, and James Hampton’s altar – just to name a few. Of course, the Voynich Manuscript and Charles Dellschau’s paintings are pieces of art, too. It would be no problem to fill a whole book with crypto-related art.

If such a book existed, one chapter would certainly be decidated to the latest artworks made by London-based artist Ben Gentilli (thanks to blog reader John Haas for informing me about this story). Working under the project name “Robert Alice“, Gentilli created 40 paintings he collectively titled “Portraits of a Mind.” 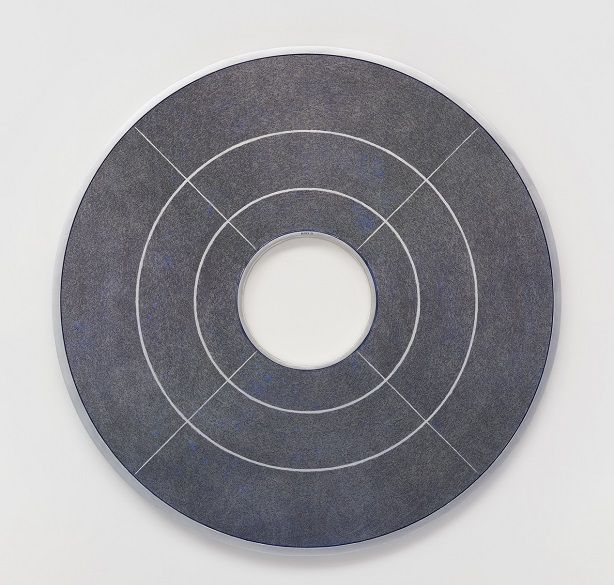 Gentilli’s concept was to include the “12.3 million-digit founding code” of Bitcoin into the 40 artworks. I assume that the “founding code” is the initial open-source program code that implemented the Bitcoin system. It was published in 2009.

Gentilli’s idea was to make something of real cultural value within the Bitcoin world. The concept to split the initial program code across 40 different paintings was inspired by the decentralized nature of Bitcoin. The artworks also serve as a tribute to Bitcoin inventor Satoshi Nakamoto. Nakamoto, whose identity and real name are unknown, wrote the seminal paper on the cryptocurrency and released the first Bitcoin software. 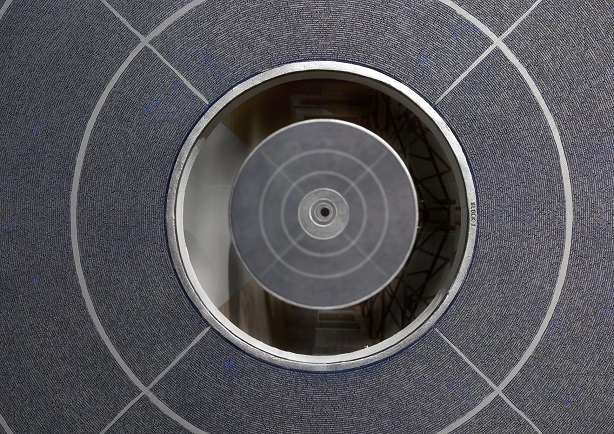 Gentilli first engraved each painting with over 300,000 digits of the code, using specialist machinery, then he hand-painted each digit. As can be seen on the following image, the code is noted in hexadecimal numbers. 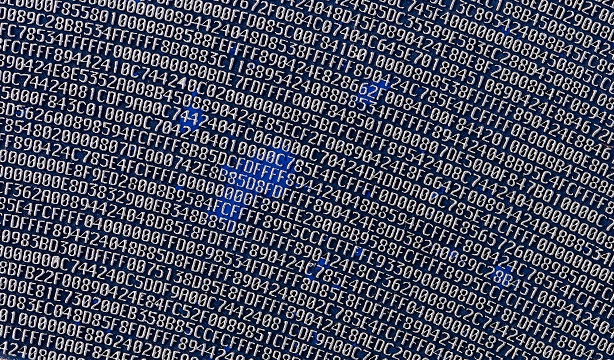 Earlier this year, Gentilli sold the first 20 paintings of his series privately to collectors. These artworks are now located in countries around the world, as can be seen on a map provided on the project website.

Next, Gentilli hopes to sell the other 20 paintings publicly. According to press reports, the 21st artwork was scheduled to be auctioned at Christie’s in New York. To my regret, I couldn’t find any information on whether this sale was successful and what the price was.

Apparently, Gentilli expects to receive between $12,000 and $18,000 for each painting. So, if you are looking for a nice and exclusive Christmas present, consider this one. If a painting from the “Portraits of a Mind” series is too expensive, a copy of my next book Codebreaking: A Practical Guide (to be published in December) is certainly an alternative. The price will be around $20.
Follow @KlausSchmeh

Further reading: Who knows these sculptures with an encrypted (?) inscription?