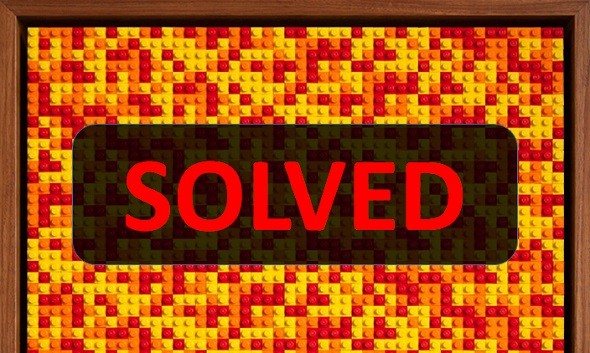 Last week, I blogged about the paintings (or should I say “mosaics” or “installations”?) by US artist Andy Bauch. There are two peculiarities about Bauch’s artworks: first, they are made of Lego bricks; and second, each one encodes a message that represents a certain value in BitCoin or another crypto currency. 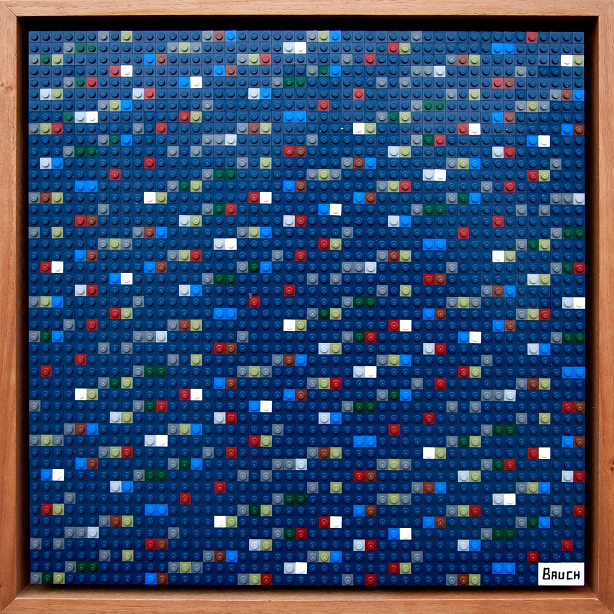 My blog post was headlined “$10,000 worth of crypto-currencies …”, but I’m afraid, I have to disappoint you. Apparently, all the paintings have been deciphered by now, so there’s no money left.

However, this blog is not about money but about cryptography, and from a cryptographic point of view there are still a few things to win. Especially, we can look at the methods Bauch used to encode the cryptocurrency values (to be more precise, he encoded private crypto keys that lead to cryptocurrency wallets).

The first one who informed me about the solution of Bauch’s most important Lego code (the one he used for the BitCoin pictures) was blog reader Christian Baumann. Christian had found the solution himself. His first discovery was that in one picture there was a repetition after 210 units:

This message converts to the following ASCII text (a binary-to-ASCII converter is available here: https://multidec.web-lab.at/):

This ASCII text is a private key, which can be converted to a Bitcoin address (e.g., using https://coinz.at/walletgenerator/): 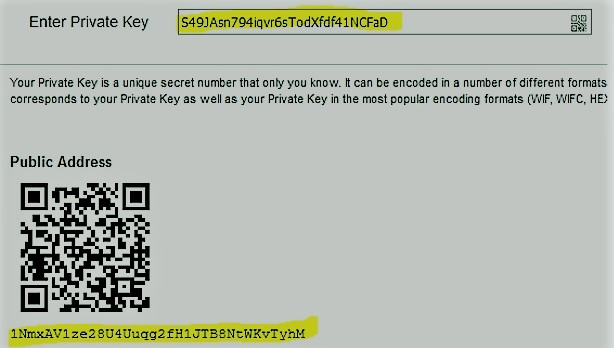 Others solved it, as well

However, Christian’s hope to get access to a BitCoin wallet provided by Andy Bauch was in vain. The wallet was already active, which means that somebody had solved the code before. As it seems, this person comes from Russia. He or she explaines how the code works on the following Russian website. All other BitCoin paintings have been decoded, as well

When searching for some more information, Christian found another blog post that explains Andy Bauch’s BitCoin Lego code. This one was published by James Stanley, a Bristol-based software developer.

In addition to the BitCoin paintings, Bauch also created artworks that hide the key for another crypto-currency wallet. As Christian found out, the codes used for these non-BitCoin paintings is different from the BitCoin code. After some analysis, he found the hidden code in a Dogecoin picture. The major challenge was to locate the relevant area in the painting: 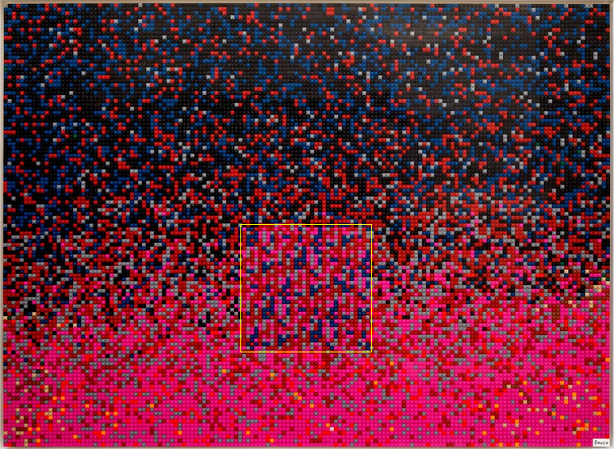 Unfortunately, this challenge had also been solved before. It’s a shame that Christian’s great codebreaking work was not rewarded. A complete report of his findings is available here. 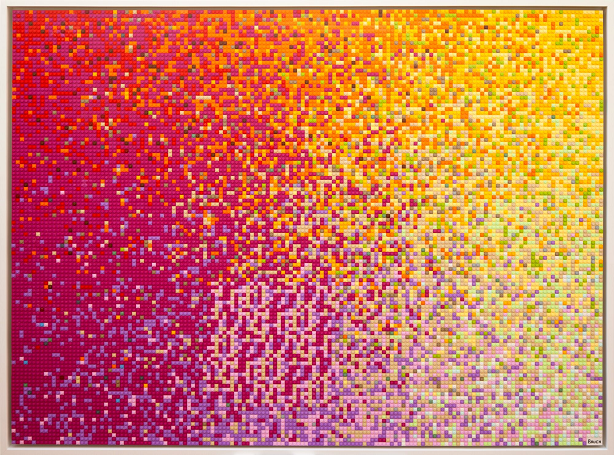 Can a reader find this hidden message? I’m afraid, the money is already gone, but it would be interesting to know how the code works.

I hereby congratulate Christian Baumann and the others on having solved Bauch’s Lego codes. In addition, I congratulate Andy Bauch on this interesting kind of art. Bauch’s crypto paintings combine art and cryptography, just like Kryptos, the Cheltenham Listening Stones, the Cyrillic Projector, Charles Dellschau’s paintings, James Hampton’s installation and others have done before.
Follow @KlausSchmeh