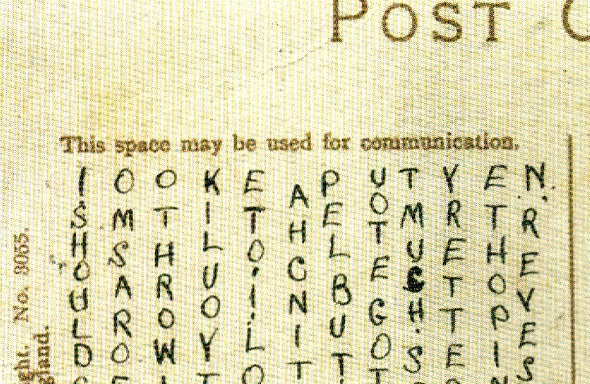 Blog reader Mark Baldwin has provided me two encrypted postcards written in the early 20th century to recipients in England. One of these is easy to decipher, the other one appears to be more tricky.

Blog reader Mark Baldwin from England has a nice collection of encrypted postcards. A few of these have already been covered on this blog and, as usual, my readers solved them. Today, I’m going to introduce two more cards Mark provided me. Both appear to have been encrypted in a transposition cipher, which is unusual, as simple substitutions were a lot more popular among the authors of such messages.

The first card was sent to a Miss Reed, living in Callestick, Cornwall, in 1908: 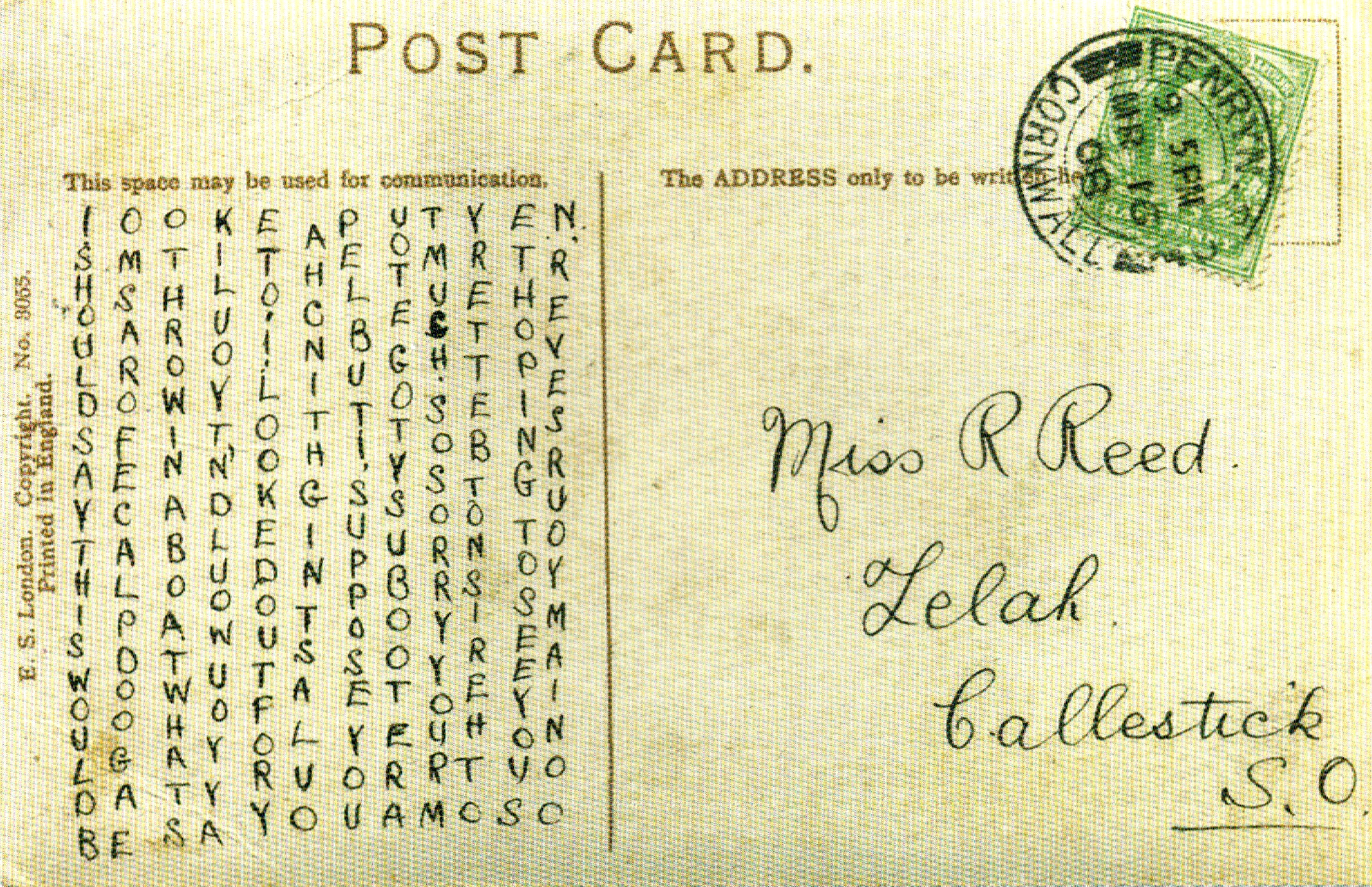 This ciphertext is not very difficult to solve. Like most other encrypted postcards I am aware of, this one was probably sent from a young man to his lover. Does a reader know what “Lelah” means? Is it the name of a street?

The second encrypted postcard appears to be a little more tricky: 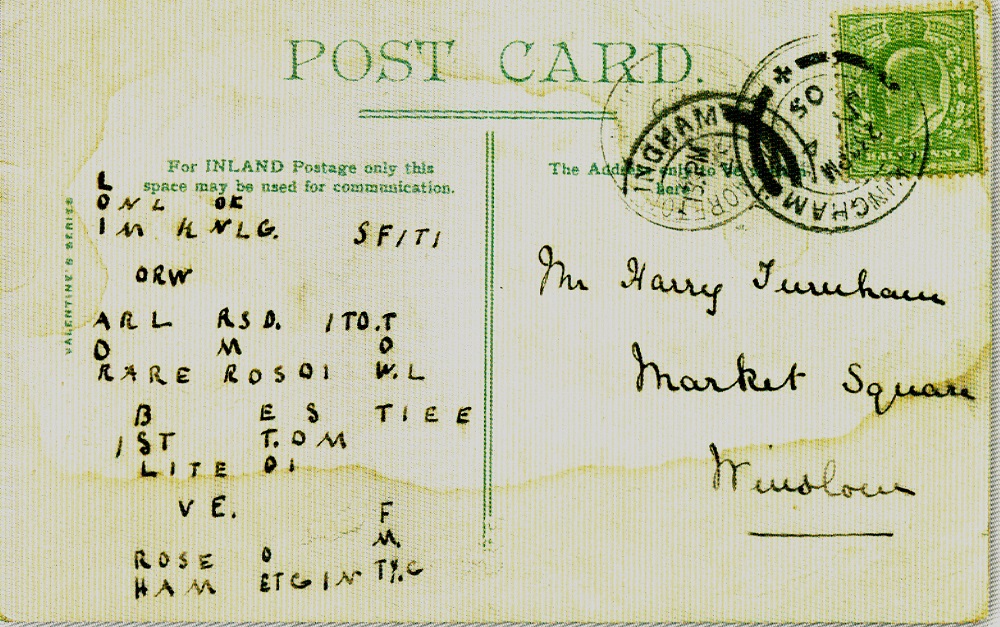 This message was sent to a Harry Furnham in Winslow, UK, in 1905 (no, it’s not the Winslow in Arizona, known from the Eagles song “Take it Easy”). Unlike most encrypted postcards I know, this one was sent to a man. The sender might have been his lover.

I don’t know how this ciphertext was created, but the letter frequencies, the high share of vowels, and the way the letters are arranged make it very likely that a transposition cipher was used.

To decrypt the message, it is probably necessary to find the correct path through the letters. Perhaps, this path follows a regular pattern.

Can a reader break these two encrypted postcards?
Follow @KlausSchmeh