StartseiteCipherbrainAn encrypted message from the Resistance during the Second World War 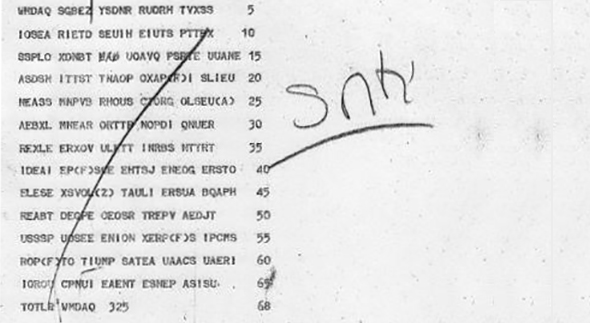 A encrypted message from the Resistance during the Second World War

During World War II, a French resistance fighter sent an encrypted message to an unknown recipient. The plaintext is known, but the encryption method is not.

I have already blogged twice about encrypted messages of the Résistance in the last weeks. The reason: Via the website “Musée de la résistance en ligne” (“Résistance Museum online”) you can find a whole series of ciphered messages of this organization. For those who don’t know yet: Résistance is the name given to the French resistance movement against the German occupation during World War II.

The encrypted Résistance messages can be found in an online archive accessible via the aforementioned website. Usually there is no or only very general information about the plaintext and the encryption methods used. Apparently, no crypto-historian has ever dealt with these cryptograms. All the nicer that some of my readers, among them Norbert Biermann, ShadowWolf, Max Baertl, Gerd Hechtfischer, Matthew Brown and George Lasry could bring some light into the darkness after my articles.

In addition to the total of three Résistance messages that I have already presented on Cipherbrain, there are others that are worth looking at. Today I would like to discuss an encrypted message whose plaintext is already known. However, I did not find any information about the encryption method. So the question in this case is not what was encrypted, but how it was encrypted.

Here is the encrypted message: 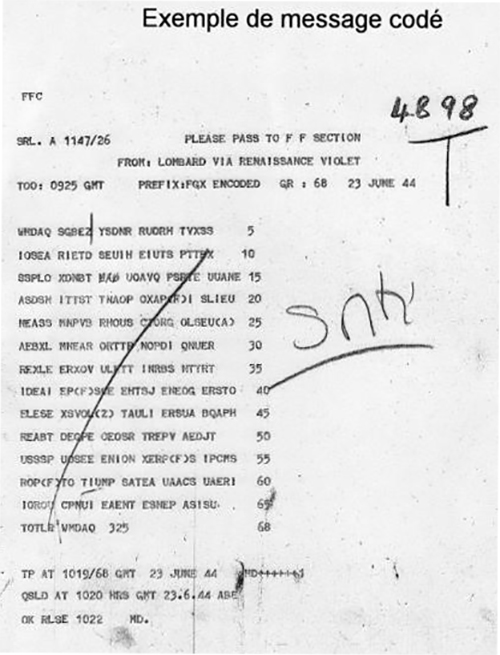 Presumably it is a radio message. It is dated 23 June 1944. The sender is “Lombard via Renaissance violet” and the recipient is “FF Section”. Unfortunately I can’t do anything with it. Maybe a reader knows more about this.

At the same place you can also find a decrypted version of this message: 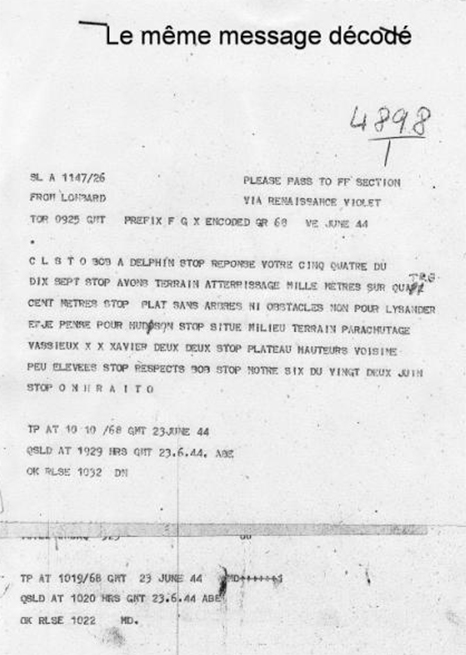 This is apparently a description of a place. Probably a local Résistance fighter sent it to an intelligence agent to prepare possible parachute jumps (“parachutage”). Before Google Maps existed, an important task of spies was to provide accurate location descriptions.

In the text I can recognize the names “Lysander” and “Hudson”, however these could be code names.

The question now is, how the shown plaintext became the corresponding ciphertext. The method used is not mentioned on the two sheets.

All encrypted rèsistance messages known to me were created with manual procedures. An encryption machine would have been too conspicuous for underground fighters anyway. I therefore assume that this cryptogram was also created manually. Whether a transposition cipher was used should be easy to check by comparing the letter frequencies.

Also a Vignère cipher or a similar polyalphabetic method seems possible. A Playfair cipher, on the other hand, is rather unlikely, since there are many letter duplications.

Can a reader find out more? I gladly accept comments.