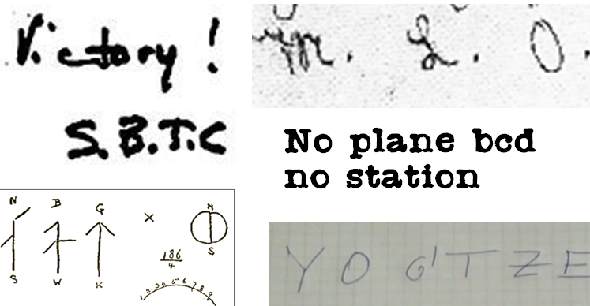 Christopher Columbus, Kaspar Hauser, Arthur Conan Doyle and some others have left behind puzzling sequences of letters. Can we find out what they mean?

What does the sequence of letters “YOG’TZE” mean? 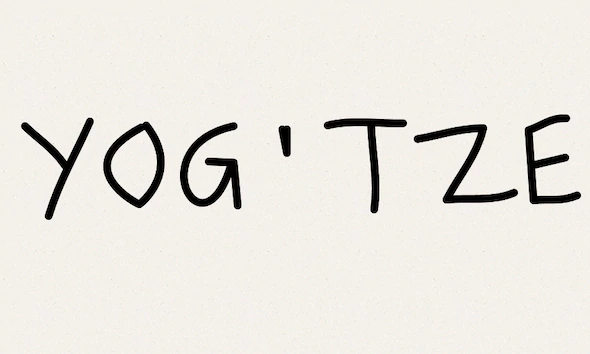 This is the question that has been asked for 37 years by everyone involved in the mysterious death of food technician Günter Stoll. Stoll is said to have written down this seemingly meaningless word on a piece of paper shortly before his demise, which he immediately destroyed again. 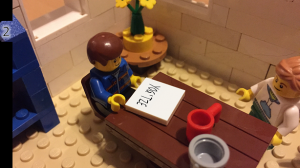 I had known about the YOG’TZE case for some time, but I didn’t initially associate it with cryptology. It wasn’t until blog readers pointed out to me that YOG’TZE could be an encrypted message that I added this story to my repertoire. A blog article I published about it in 2015 became one of the most read and commented posts in Cipherbrain’s history. I reported on it again in February 2021.

Presumably, “YOG’TZE” is not a ciphertext. Nevertheless, this sequence of letters can be called a cryptogram, because the meaning is unclear and could be decrypted at some point. I would therefore speak of a “mini-cryptogram”.

There are, of course, countless other mini-cryptograms. One of them – it is a graffito – could even be solved thanks to Cipherbrain reader Marcel.

In the following I will present five more mini-cryptograms. I limit myself to those which are connected with a well-known personality or a criminal case. Perhaps my readers know of other examples.

Kaspar Hauser appeared in Nuremberg in 1828, posing as a boy who grew up in a dungeon without contact with the outside world. 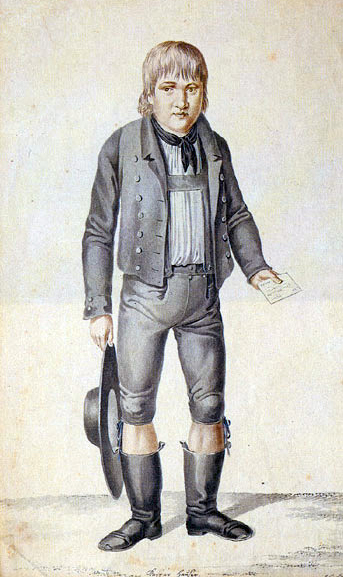 Today’s experts, however, point out that Hauser’s statements are completely impossible from a medical point of view and in many respects entirely implausible. The dungeon story was therefore nothing more than an old wives’ tale. The German Wikipedia entry on Kaspar Hauser describes all this very vividly.

Even the assassination attempt, as a result of which Hauser died, may have been staged. In any case, the injury that the victim suffered can also be self-inflicted. Hauser probably had the misfortune that his wound resulted in death due to blood poisoning or some other complication.

The alleged confession letter, which looks strongly like Hauser wrote it himself, is signed with the letters “M. L. Ö.”.

It is not clear what these letters stand for.

JonBenét Ramsey (1990-1996) was a girl from Colorado who successfully participated in some children’s beauty contests. These are quite popular in the USA, while in this country they are considered to be in bad taste. 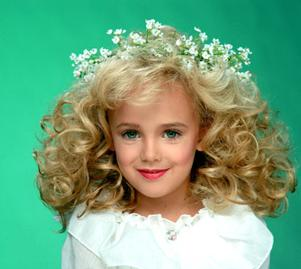 JonBenét was found murdered in her parents’ home in 1996. Naturally, the parents came under suspicion, but nothing could ever be proven. There are several interesting documentaries about this case on YouTube.

JonBenét’s mother, by her own account, found a ransom note in her house after the crime. There is speculation that she wrote this herself.

In an online article, which I do not find very credible, there is talk of alleged steganographic messages in the ransom note. I don’t want to go into that in detail. What is more interesting is that this letter is signed “S.B.T.C.”.

The meaning of these letters is unknown. Partly it was assumed that the amount of the ransom, 180,000 dollars, also has a hidden meaning. A conclusive explanation is not known to me.

As I reported on my blog in 2019, signatures have survived from Christopher Columbus that contain a mini cryptogram. 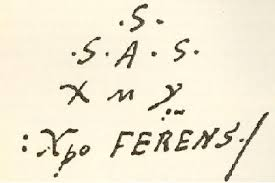 Again, it is not known what these letters mean.

Blog reader Tarek Syed brought to my attention that Arthur Conan Doyle, the creator of Sherlock Holmes, describes a treasure map in his memoirs that contains a mini-cryptogram. 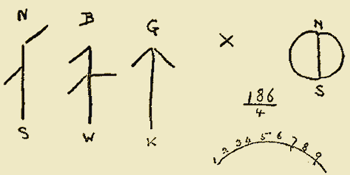 As it looks, this message joins the list of encrypted treasure descriptions I have often reported on. The best known representatives are the Beale cryptograms and the La Buse message. Stupidly, no one has ever found one of these treasures.

I dare to predict that Conan Doyle’s message will not lead anyone to a hidden treasure either. Nevertheless, it would of course be interesting to know what these letters and symbols mean.

Finally, one more (possible) criminal case. In 2019, Italian Alessandro Fiore died under unexplained circumstances in Turkey. In the press there was talk of a heart attack, suicide or even murder as the cause.

One Italian article said that Fiore had given a note to a cab driver before his death, which can be translated as “No airport bcd no station.” The article speculates whether this was a coded message. The message may be seen in a video, but I could not find it.

If any reader knows more about this, please let me know.