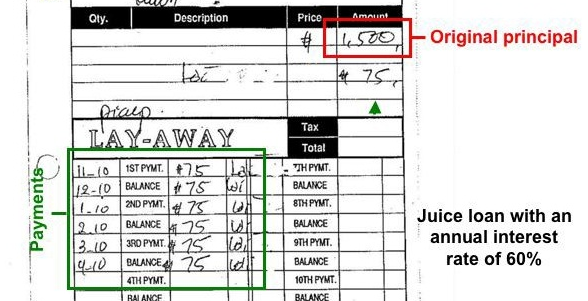 The Rabinowitz Murder Case and the Decrypted Racketeering Records

Criminal cases involving encryption traditionally do well on Cipherbrain. There are quite a few of them. When it comes to classic encryption (i.e. without computer support), for example, the Zodiac Killer and Ricky McCormick’s encrypted notes are … 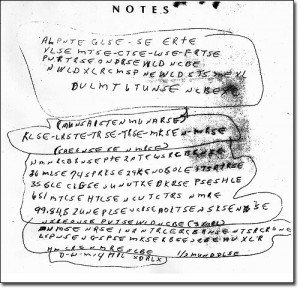 … extremely exciting. Among others, the Masked Man and murder suspect Joshua Powell have encrypted with the computer.

If you deal with criminal cases that have to do with classical encryption, then sooner or later you will come across the CRRU, the FBI’s code-breaking squad. They have solved many a tricky encryption case involving murderers, robbers, spies and organized criminals. Unfortunately, the CRRU is not very forthcoming, so little is known about its work.

The acronym CRRU stands for “Cryptanalysis and Racketeering Records Unit.” Most readers of this blog probably know what “cryptanalysis” means: It is understood to mean the solving of encryption problems. The term “Racketeering Record”, on the other hand, is less common. “Racketeering” is a catch-all term for illegal dealings of all kinds – from drug trafficking to receiving stolen goods to extortion. “Record” in this context does not mean a best performance, but a record. The “Cryptanalysis and Racketeering Records Unit” is thus a unit that deals with deciphering encrypted messages and evaluating records from illegal transactions.

While much has been published about encrypted messages on this blog and elsewhere, very little can be found about Racketeering Records. To my knowledge, there is not even a common German word for it. A corresponding Google search yields hardly any useful hits.

At least in David Kahn’s book “The Codebreakers” (p. 818) there is some historically interesting information on the subject, although not under the keyword “Rackereeting Records”. I’ll go into that in a separate blog article when I get a chance.

You don’t have to be an expert to understand what Racketeering Records are all about. The starting point is that drug dealers, protection money extortionists, pimps, loan sharks, operators of illegal gambling and similar contemporaries also have to keep records of their business – if they don’t want to lose track of it. However, it is also clear that criminals do not adhere to any accounting standards. On the contrary, they will try to arrange their records in such a way that an outsider cannot understand them.

Of course, a crook can use a computer and an encryption program for his Racketeering Records. Let’s leave that aside at this point. In the case of handwritten records, an illegal businessman can use various tricks:

It is obvious that Racketeering Records play an important role for the police. Therefore, there are specialists – certainly not only at CRRU – who evaluate them.

After all, I found three examples of Racketeering Records on the CRRU website years ago. The first of them refers to a drug deal and is written on the writing pad of a restaurant for camouflage: 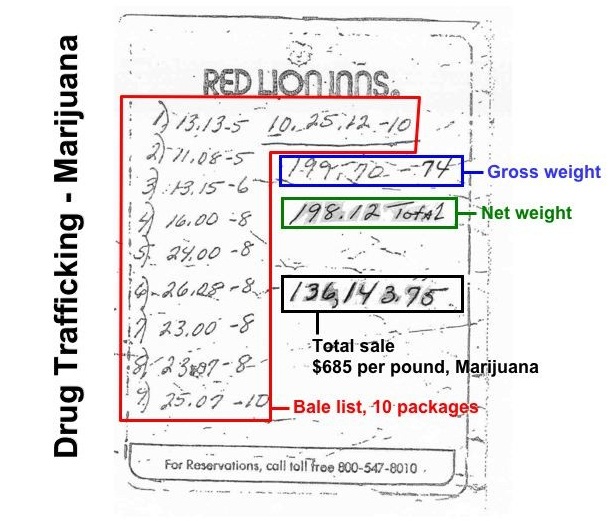 The following note is an illegal betting slip, which is hard for an outsider to see: 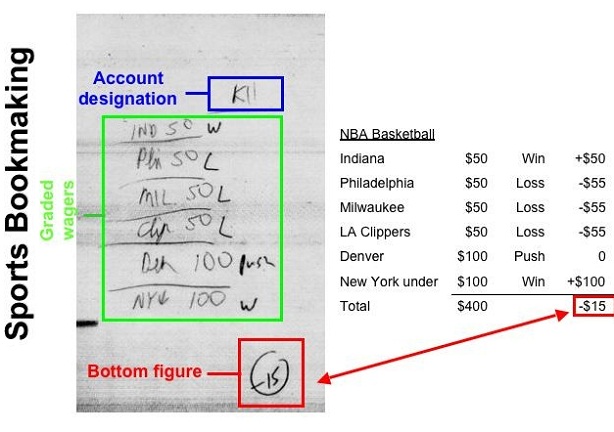 And here’s an illegal loan agreement, noted on a form presumably printed for a jeweler: 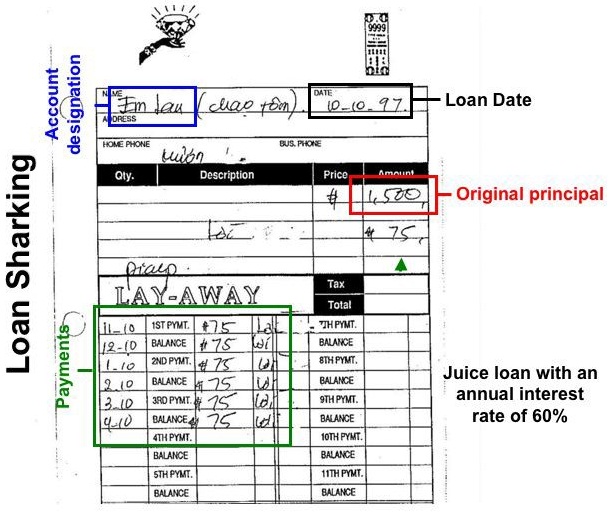 I discovered another example by chance in the true-crime television series “Forensic Files”. The episode “Summer Obsession” is about the murder of the wealthy lawyer Stefanie Rabinowitz in 1997, who was married to the apparently also wealthy businessman Craig Rabinowitz. However, as the police discovered, his success was based on a fraudulent Ponzi scheme. As you can see from 10:25, during a house search, investigators came across Racketeering records documenting these illegal dealings.

A specialist, who was obviously not from the CRRU, succeeded in evaluating the records found. Craig Rabinowitz was eventually convicted as a perpetrator and sentenced to life in prison without the prospect of parole (Life without Parole). He thus received the same sentence as Silk Road founder Ross Ulbricht and spy Brian Regan and will likely spend the rest of his life behind bars.

Does any reader know of other examples of Racketeering Records that were or are tricky to evaluate? I think that this topic still has a lot to offer and would therefore appreciate any hints.

Further reading: An unsolved crime-related cryptogram from the 1930s