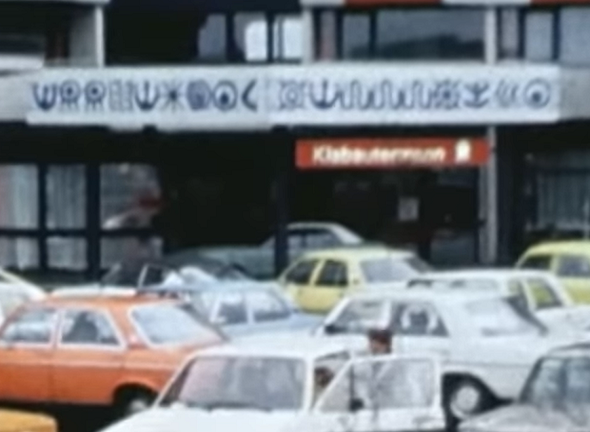 Who can solve the Klabautermann cryptogram?

In Damp on the Baltic Sea, there was a coded inscription on a public building over 40 years ago. The plain text is not known to me.

I already mentioned it two weeks ago: If you are into steganography (like me), you suspect a hidden message in almost every pattern you see anywhere.

Most of the time, the suspicion quickly dissipates. So one becomes a victim of pareidolia. But sometimes there is something to it. For example, I recently blogged about a suspected code at a subway entrance in London – and was surprised myself that my readers Norbert, Doc Cool, Hias and some others showed that it actually existed. 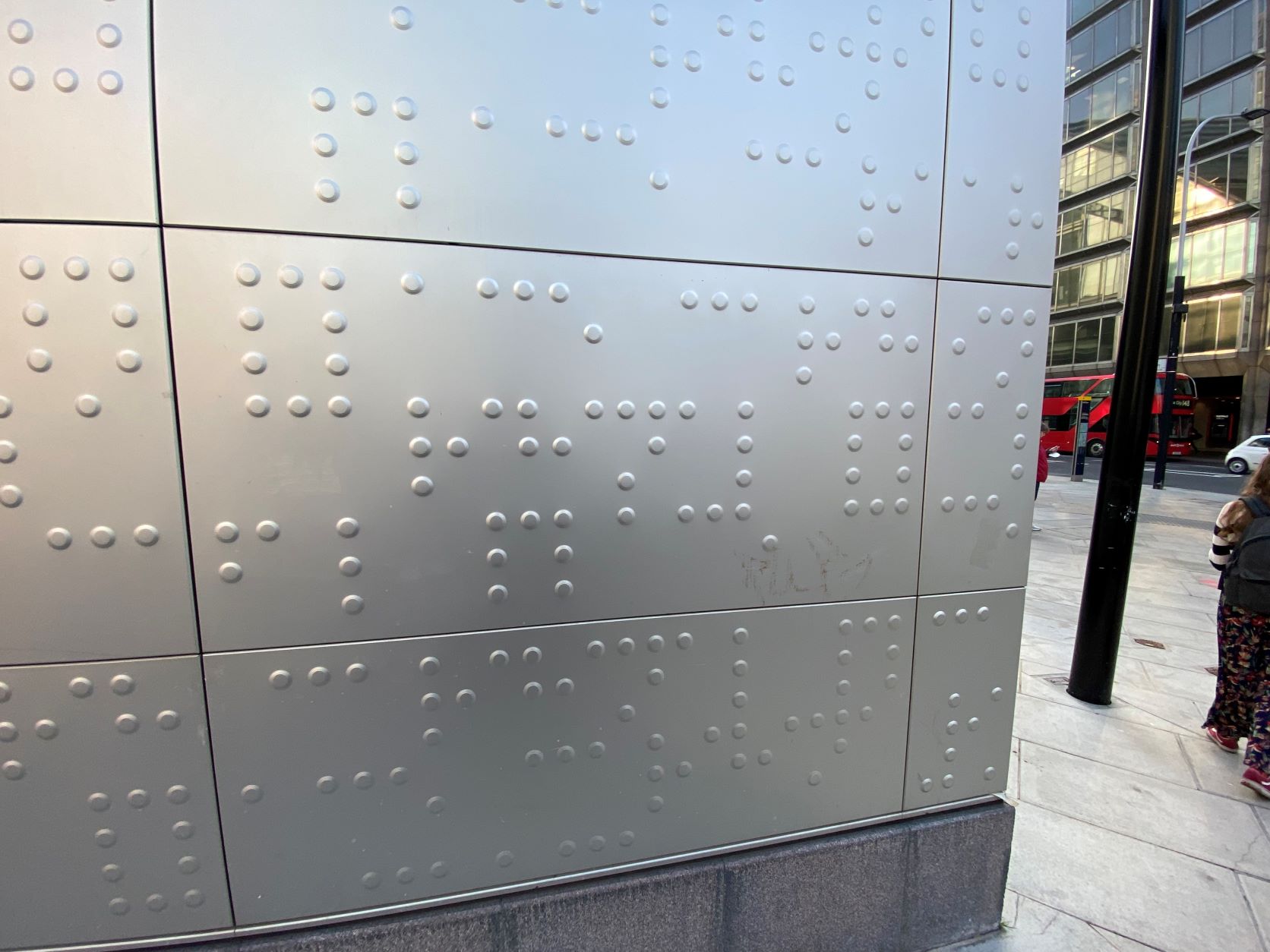 A coded message could also be displayed on the seats of the EasyJet airline, as I have reported several times.

However, it is still unclear whether this EasyJet code really exists.

I recently watched a documentary on YouTube about the German national team winning the Handball World Cup in 1978. Handball, by the way, is a sport that is relatively popular in Germany, while virtually no one knows about it in the UK or the US, for example.

At the beginning of the documentary, about 80 seconds in, you can see a hotel in Damp on the Baltic Sea, where the German handball team resided before the World Cup. When I saw the decoration above the entrance of the building, it happened again: I sensed a coded message. Here is a screenshot of the decoration:

The symbols are so conspicuous that one can hardly speak of a hidden message. However, the question is also here: Is it really a code or just meaningless ornaments?

Presumably, the screenshot does not show the entire lettering, because the right side of the roof from the viewer is not visible.

As things stand, I believe that we are indeed dealing with a coded message here. However, the 17 letters visible in the video may be too few to provide a clear solution. The matter is further complicated by the fact that there are no spaces.

Can a reader still find a message here that matches the letters and, on top of that, makes some sense at the entrance of a hotel? I will gladly accept any relevant hints.