Julius Petersen (1839-1910) was a Danish mathematician, whose work led to the birth of graph theory. He ist best known for Petersen’s theorem (“every cubic, bridgeless graph contains a perfect matching”), and the Petersen-Morley theorem. 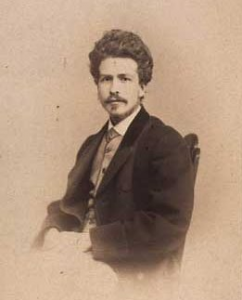 Moreover, he created the Petersen graph, which looks like this: 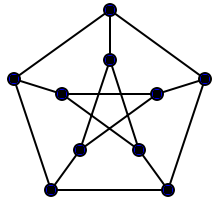 Julius Petersen also had an interest in encryption. In 1875 he published a cryptography pamphlet titled Système cryptographique written in French (I haven’t found this pamphlet online, does a reader know where it is available?). 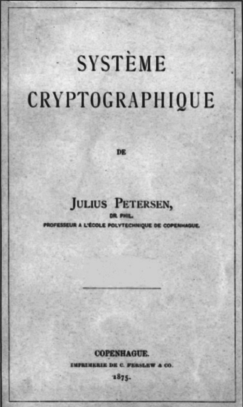 A principle emphasized in this pamphlet states that the security of a cryptosystem must not depend on keeping the crypto-algorithm secret. Instead, the security should depend only on keeping the key secret. This concept is today known as Kerckhoffs’ principle, named for Auguste Kerckhoffs (1835-1903), who stated it 18 years after Petersen, in 1893.

Petersen also wrote (or co-wrote) a series of eight fortnightly articles on cryptography for a weekly magazine named Nær og Fjern (if a reader knows where these articles are available, I would be interested, too). These articles were published under the following pseudonym:

As it is not clear whether Petersen was the sole author of this article series, it is not known if this pseudonym refers to him alone or to a group of persons he belonged to.

The meaning of 46, 9, 4-57, 3, 5 is unknown. It is the shortest cryptogram I have ever written about on this blog (except for the infamous Riverbanks Ripper cryptogram, of course).

Many comments, no solutions

My main source for the Petersen signature (except for a Cryptologia article from 2006)  is a blog post written by Nick Pelling in 2010.  It received 20 comments. Four years later, I wrote my first blog article about this mystery (in German), which was commented by my readers, too. Some of the comments were quite interesting:

However, none of these comments led to a solution. So, four years after my first try, I decided to introduce this cipher mystery on Klausis Krypto Kolumne again. Are there any new ideas about this short cryptogram? If so, please let me know.
Follow @KlausSchmeh