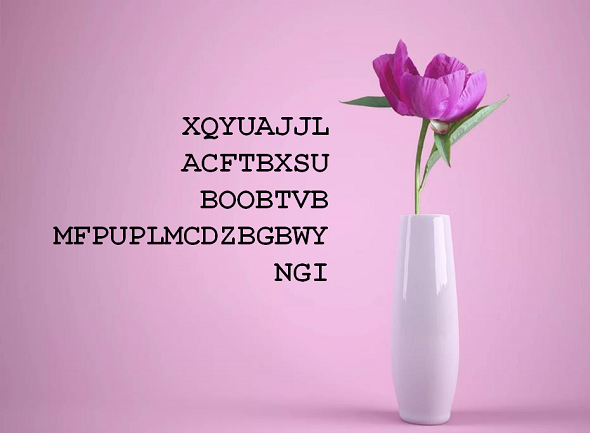 In 1891, an unknown person published an advertisement in the Morning Post. Five words in this message are encrypted. Can a reader break this cryptogram?

Readers of this blog have certainly heard of Tony Gaffney, a London-based codebreaker. Tony has written a great book titled The Agony Column Codes & Ciphers (under the pseudonym Jean Palmer).

The Agony Column Codes & Ciphers is a treasure trove for everybody interested in old cryptograms. It introduces over a thousand encrypted newspaper advertisements from Victorian England. Tony has deciphered most of these, but some are still unsolved. On Klausis Krypto Kolumne I have published many an article about these advertisements.

Many of the encrypted ads covered in Tony’s book contain love messages. Others were placed by business people in order to send news to partners or customers. Ignatius Pollaky, a private investigator of the Victorian era, communicated via encrypted newspaper ads, too.

Some of the ads in the book make long series, the longest of which consists of over 50 parts. The advertisements I am going to introduce today form a series, too, but this one comprises only two ads. They were published in the Morning Post in 1891. The first one is reproduced in the following:

SNOWDROP, October 21. – Sneers of treacherous toady he, I warned against, and rumours from XQYUAJJL, with details and proofs promised, I would ignore; but no promised letters, since perfect one September 28, makes anxious and very unhappy. Owe it me to be honest, first and only love. ACFTBXSU if my ruin. But if all unchanged BOOBTVB. Will keep promises always. Send particulars if safe MFPUPLMCDZBGBWY, else Kelly’s, Eagle-place, Piccadilly, for “, NGI.

Five days later, the person addressed by the note replied with another advertisement as follows:

To SNOWDROP. October 21. – That scarcely seems to come from you. If so, there is no cause for worry it would seem for either. Collect all you can and use your own judgement. I want really to see you: but, too, to go my own road

We are dealing with a message consisting of 41 letters. Has the author used a substitution cipher (MASC) for encryption? A frequency analysis might help to answer this question. Usually, I use CrypTool 2 for this purpose, but today I want to introduce a great website named Multi-Dec, operated by blog reader Christian Baumann (Christian is also the co-author of the Cryptologic Travel Guide). 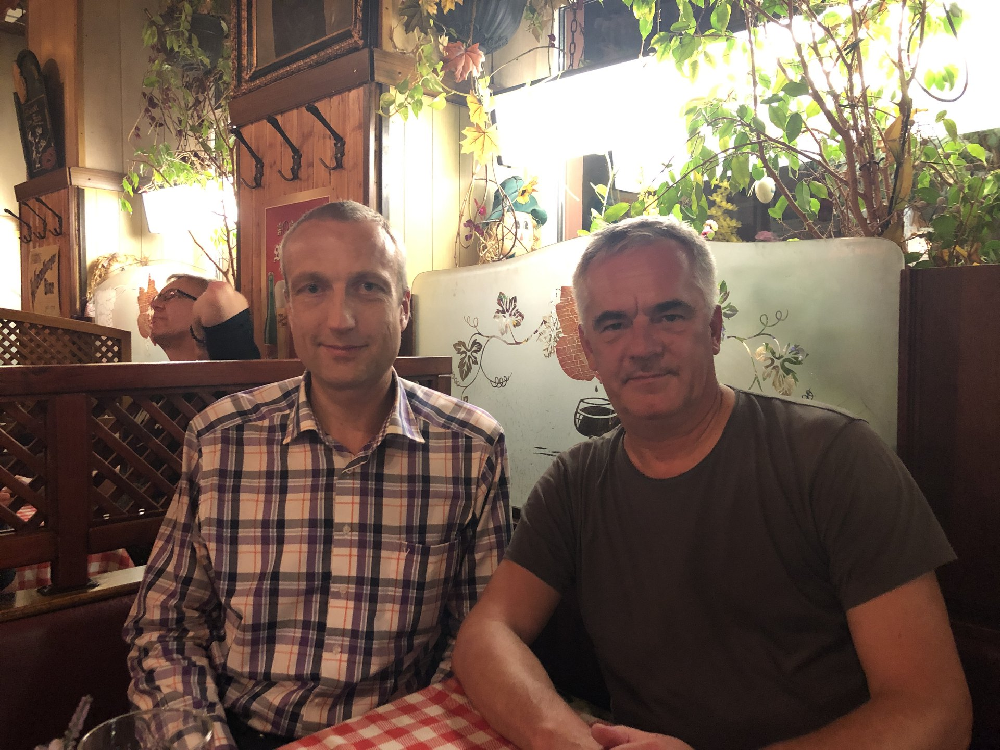 Multi-Dec provides a number of useful coding and analyzing tools. With the Multi-Dec frequency counter, we receive the following table: 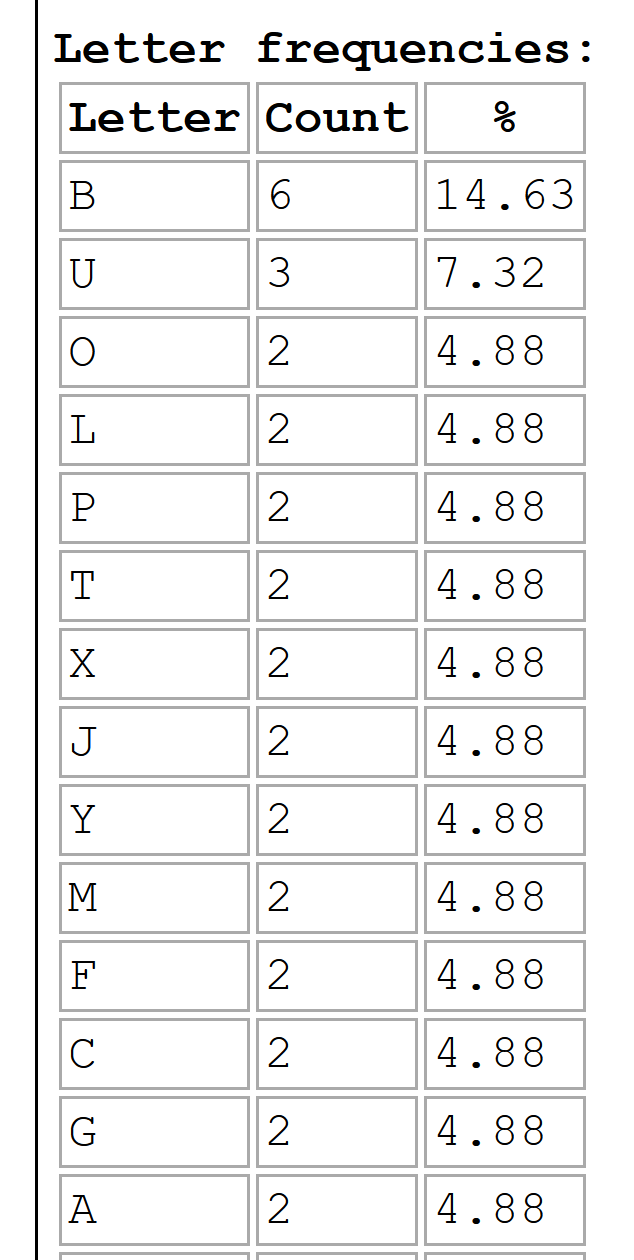 B is the most frequent letter. Does it stand for the E? If so, the word BOOBTVB could be helpful. I’m sure there are not many words that contain three Es and a double letter between the first two.

Can a reader make sense of this cryptogram? If so, please let me know.
Follow @KlausSchmeh