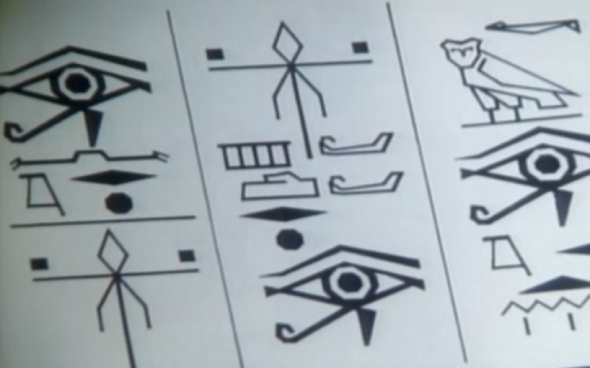 In a 1984 video clip by British Heavy Metal band Iron Maiden, several messages consisting of strange symbols can be seen. Can they be decrypted?

As frequent readers of this blog will know, there are quite a few movies, TV series and video clips that contain encrypted or hidden messages. Here are a few examples:

Blog reader and comedy hacker Tobias Schrödel has recently made me aware of another potential encrypted message of this kind. This one is contained in a 1984 rock music video by British Heavy Metal band, Iron Maiden. The title of the song is 2 Minutes to Midnight. The clip is available on Youtube:

The video starts with something that looks like a cipher disk: 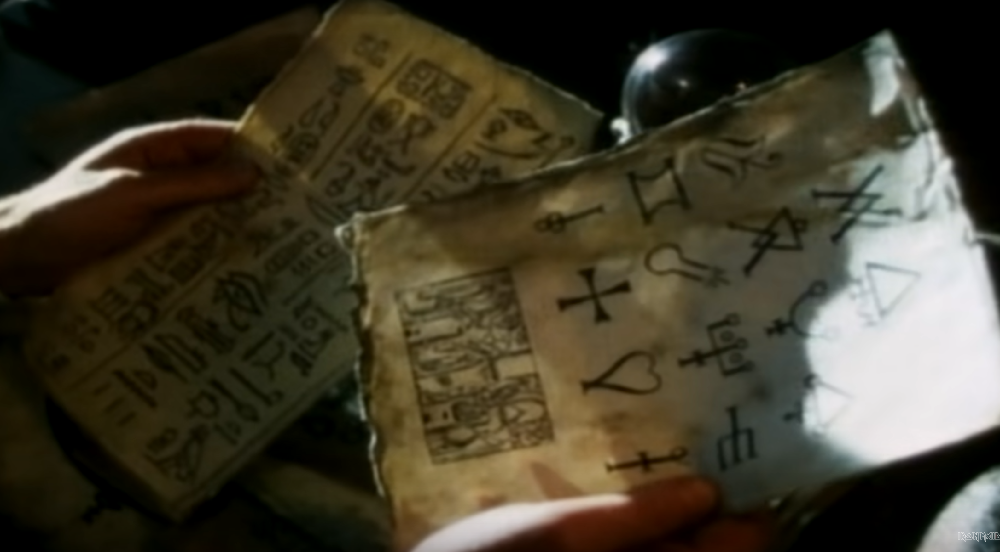 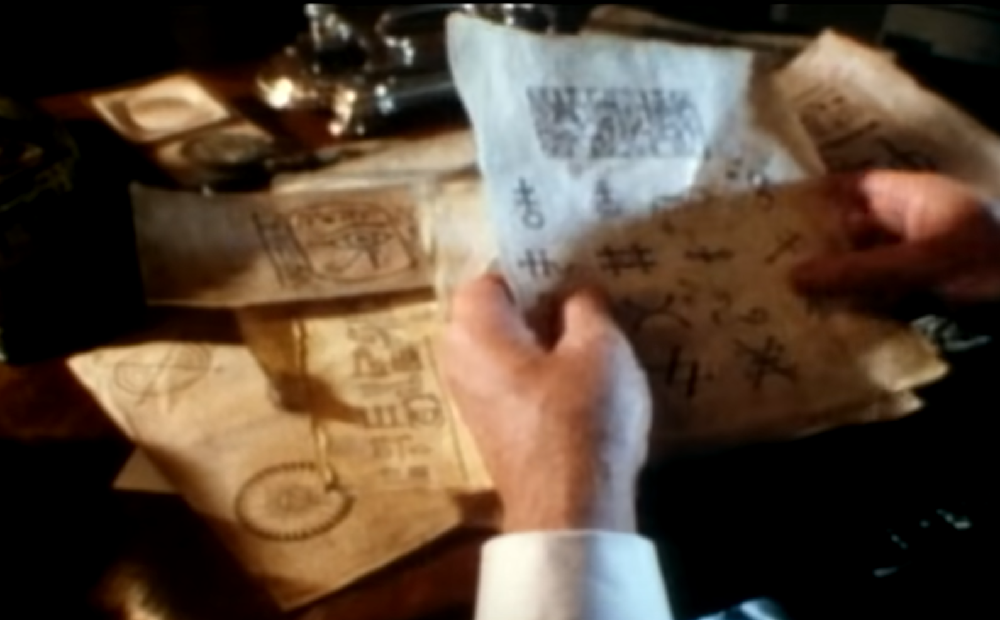 I don’t know what this is: 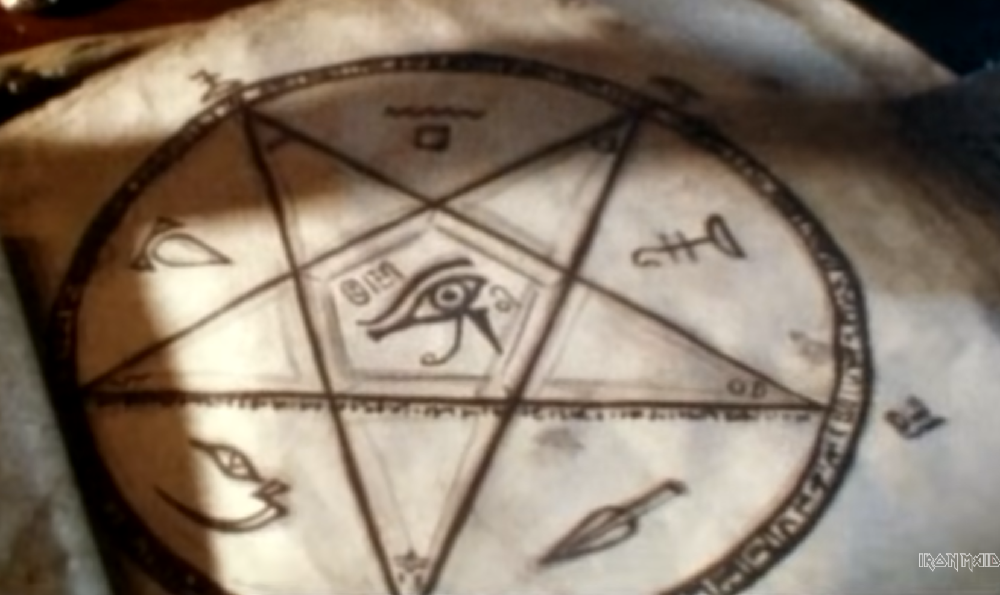 The following cryptogram is the most interesting one in the video:

A later scene shows a man who decrypts this message with a special-character keyboard: 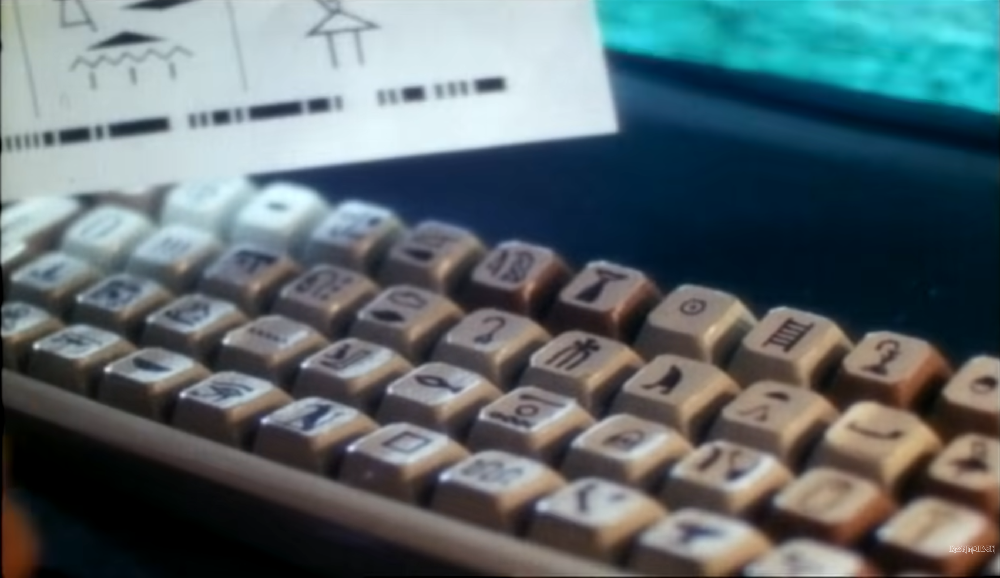 Do these messages have a meaning?

Although this video clip is 36 years old, the symbols and the messages shown in it have never received much attention in the crypto community. I haven’t found an Iron Maiden fan page that mentions these cryptograms, either. I hope that this article will make these messages a little more popular.

The most interesting question is, of course, whether these glyphs can be decrypted at all or whether they represent just meaningless nonsense. If solutions exist, it is high time to find them – after all, the video has been around for almost four decades.

If a reader can make sense of any of these cryptograms, please leave a comment.
Follow @KlausSchmeh